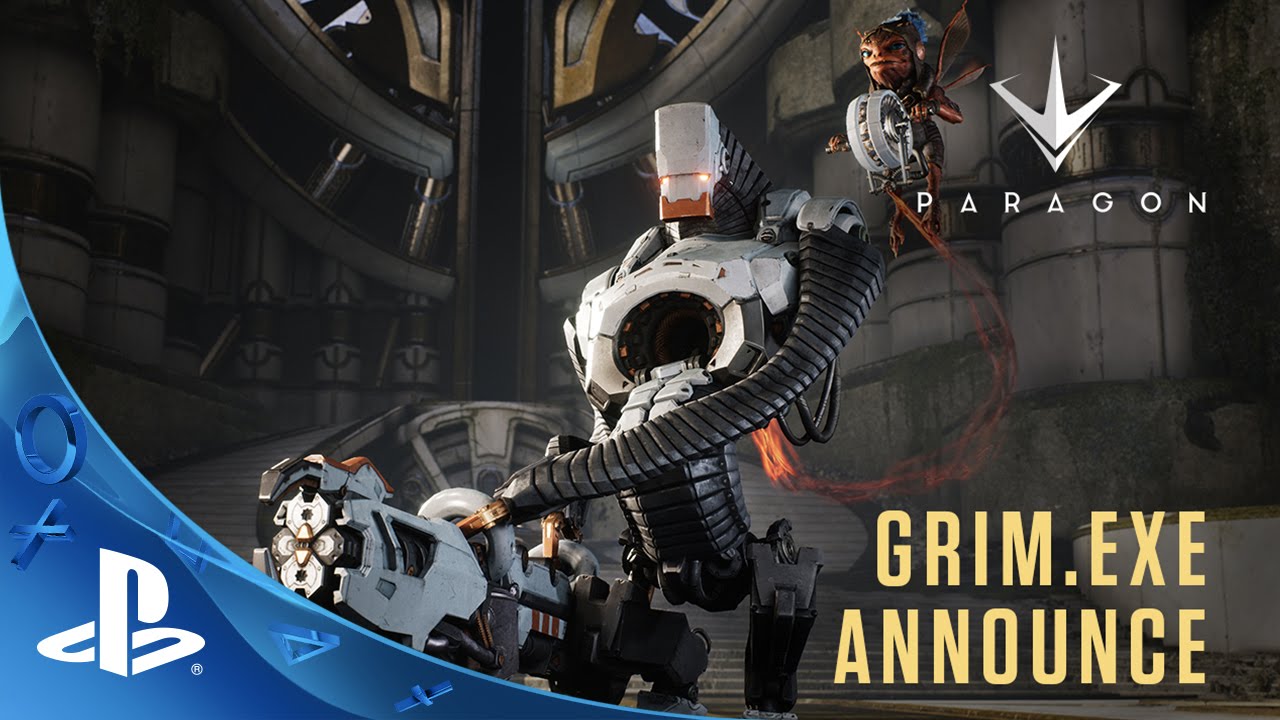 We’d like to introduce you to the latest Hero joining the Paragon roster. We call this Ranger… GRIM.exe. GRIM, the imp, controls his sentry combat robot who executes his every command.

Get your first look at GRIM.exe below. You’ll be able to play GRIM.exe as part of our update on Tuesday, May 10.

The TL;DR on GRIM.exe is that he uses his battle unit to attack at range. His pulse cannon features a passive with bonus damage every eight seconds. His other abilities allow GRIM.exe to shield himself, slow enemies, or knock them back. His Gyro Targeted Force Orb ultimate homes in on a target while passing through objects and non-Hero units.

As always, all Heroes in Paragon are free, so if you’re in Early Access you’ll be able to jump in as GRIM.exe and battle responsibly on Tuesday. If you’re not in Early Access yet, you can pick up a Founder’s Pack to get into the action. See you on the battlefield!