ARK: Survival of the Fittest Coming to PS4 on July 19 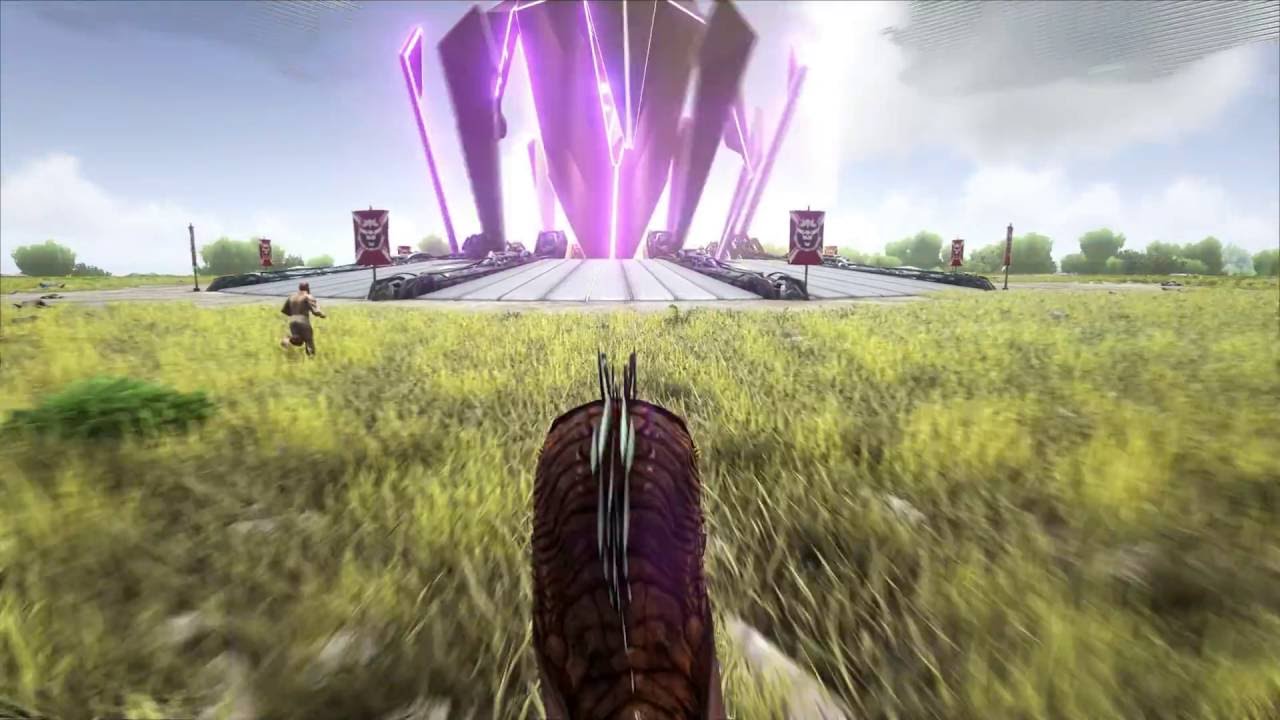 It’s only been a month since the release of ARK: Survival of the Fittest as a stand-alone game on PC, and already thousands and thousands of people are playing it. Complete with cash prizes, invitational tournaments, and of course, dinosaurs as far as the eye can see, Survival of the Fittest was built from the ground up to be full of competitive action. And we’re bringing it all to PS4 players on July 19!

Spawning almost naked with a group of hostile opponents, it’s do-or-die in what we’re calling a Multiplayer Online Survival Arena (The big hats keep telling me to push the acronym until it becomes a thing), where you use your wits, your cunning, a little bit of brute force, a hatchet, an anvil, some arrows, a triceratops, a few guns, an explosive or two, a couple of stegosaurus, a sniper rifle, and — in dire cases — your own poop to be the last tribe standing when the final curtain is drawn.

Tame dinosaurs, craft armor, forge weapons, harvest resources, build bases, make friends, and slaughter some “Bobs” (ARK’s term for newcomers), in what is one of the deepest combat arenas to ever hit PlayStation. The breadth and depth of strategy, and potential avenues for victory, are enormous, and we’re working insanely hard to make sure that no matter what approach you take, you can come out on top if you’re clever.

The PS4 has actually given us an interesting opportunity to bring a different kind of ARK — and a unique type of game — to the platform. Nobody has yet brought a Multiplayer Online Survival Arena (MOSA) to PlayStation, and we thought it was kind of a shame that the space was being neglected. 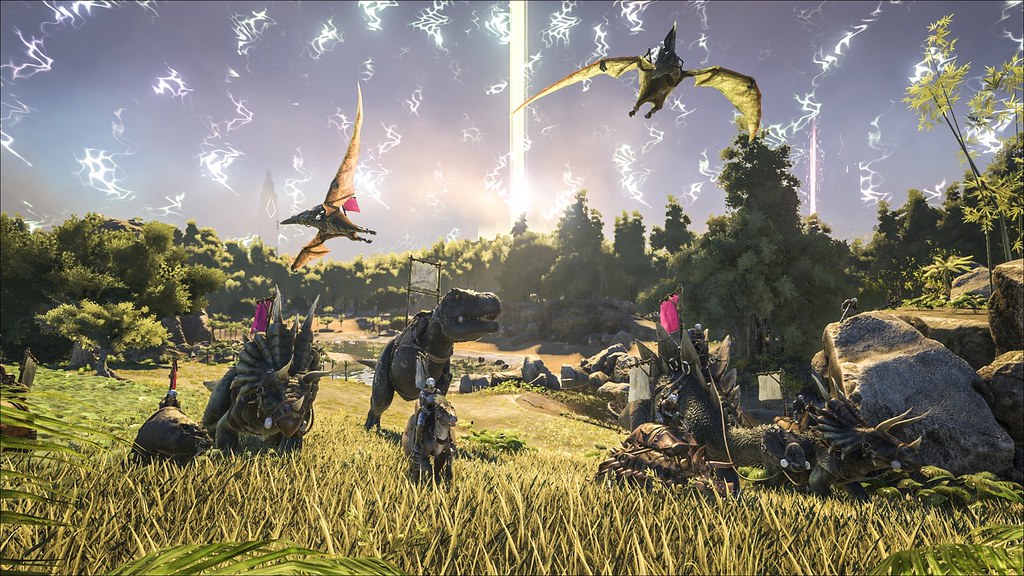 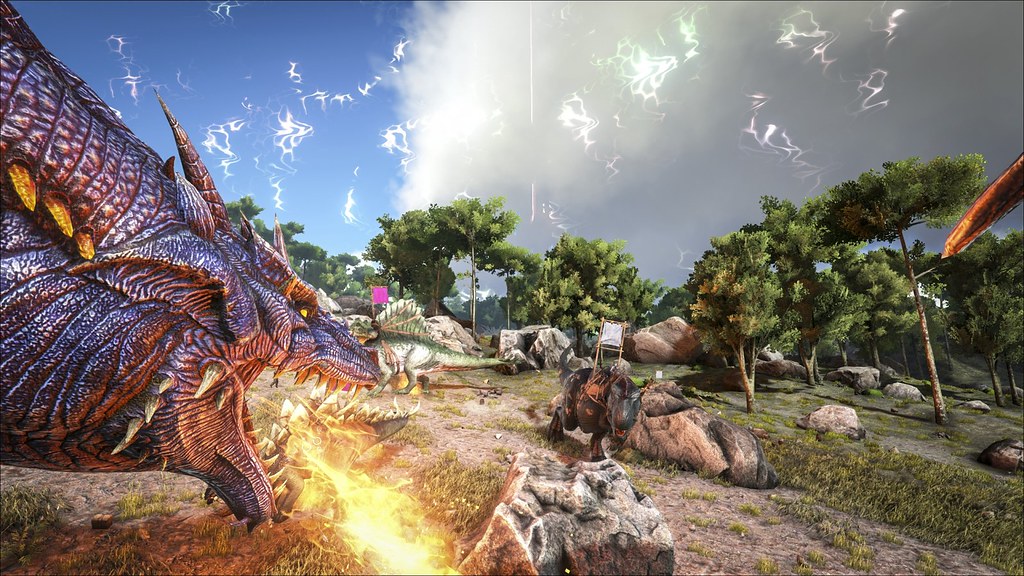 One of the fantastic things about multiplayer console gaming is the huge pool of players all playing on the same hardware, which make things like matchmaking and competitive gameplay far more fun. This allows us to make a lot of optimizations for these players not just in terms of performance, but also in terms of gameplay; there’s no question of whether a user will be playing on lower settings for better frames per second or to remove some essential gameplay element.

In addition to the fact that it’s untackled ground, we’re really looking forward to some of the unique elements of console gameplay: splitscreen, local LAN play, and we’re even looking at introducing bots which you can play against offline to challenge yourself, or to practice, or maybe just to see the world that ARK takes place in. Whichever way you want to approach the game, online or offline, with friends, or against bitter rivals, it should all lead up to one thing: 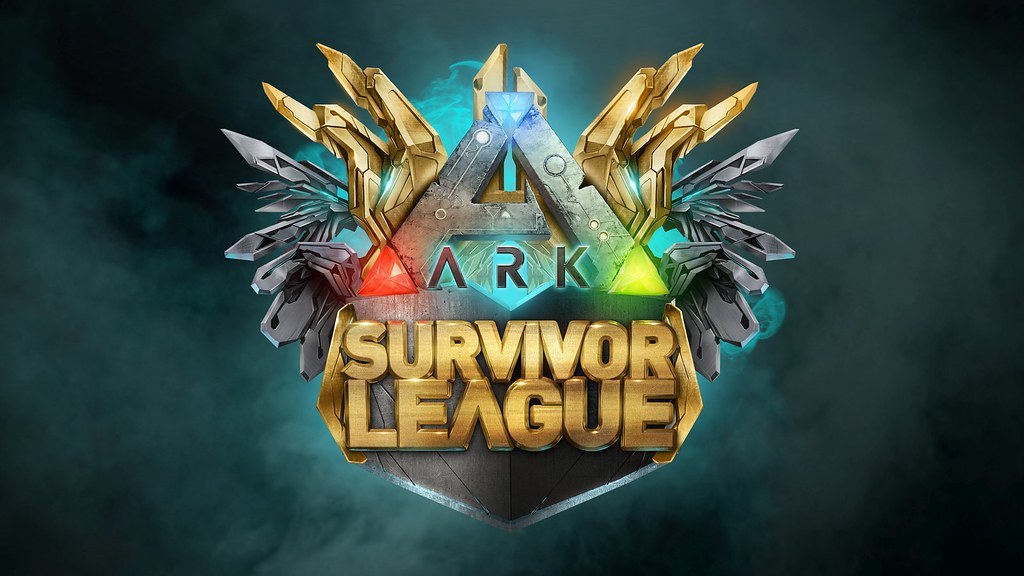 The Survivor League will track the top players in every available game mode and automatically display their rankings on our official site, so the world can see that you are in fact the cream of the crop.

We look forward to seeing you in the arena on PS4 starting on July 19 — may the best tribe survive!