Stories: The Path of Destinies Out Today on PS4 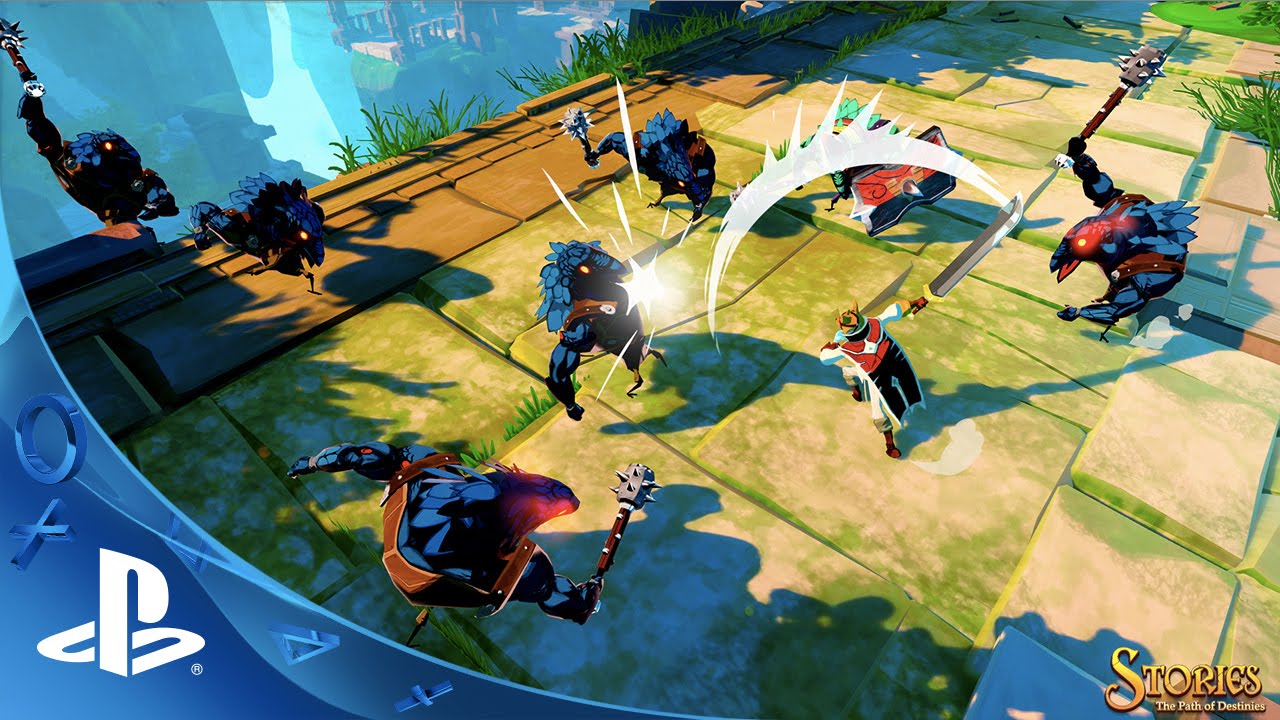 In addition to the storybook aesthetic and fast-paced action, one of our key interests when making the game was to try something different with the storytelling. We knew we wanted to put the player in control, but we also felt that there was still so much left unexplored with regard to videogame narratives.

We started our creative process with several questions: how can we make each choice presented to the player really impactful? What if we could make visiting alternative choices and outcomes part of the fun of the game and not something you only achieve by loading a checkpoint? What if exploring the multiple stories was just as fun as exploring levels and finding hidden treasures?

Then we remembered how awesome it felt to dictate the story in those choose-your-own-adventure books. Incorporating some of those elements led us to what we feel is a very unique direction in how we tell the story of Reynardo, the roguish fox hero of our game.

When the game begins, Reynardo is already in a desperate situation — he is part of the Rebellion fighting the evil Empire and things are not going well for his faction. In fact, the final battle is about to happen and, as it stands, the Empire’s overwhelming armada is sure to crush the Rebellion once and for all.

With the Imperial fleet on his tail, Reynardo only has time for a few key moves before the final showdown. Right off the bat, he must face a difficult choice: rescue his old buddy Lapino or search for a mythical superweapon, even if that means abandoning his friend to a dire fate?

As the player, you’re in charge of making all these tough decisions. Each one will not only lead to a unique ending and conclusion to the war, but to an entirely unique story. This means that no single choice ever folds the narrative back onto a known path. This creates more than two dozen different stories that can take you anywhere from romance to Lovecraftian ancient gods and rituals. Reynardo has many fates, which is why the game’s full name is Stories: The Path of Destinies.

Finishing any of these stories is not the end of the game; it’s actually just one chapter in the book that comprises Reynardo’s destinies. Reynardo will need to carefully piece together the information gained from these diverse storylines in order to find the path leading to victory.

While betrayal can cut our hero’s adventures short, it represents broader knowledge about certain characters involved in the war that can then be put to use in another chapter. As Reynardo navigates his myriad destinies, he retains memories of past failures. And clever foxes don’t make the same mistake twice.

Can you weave a story worthy of a hero?

Launch Party is our annual celebration of fine digital games (you may remember it by its former name, Spring Fever). Pre-order any (or all) of these games to save 10%. Enjoy!