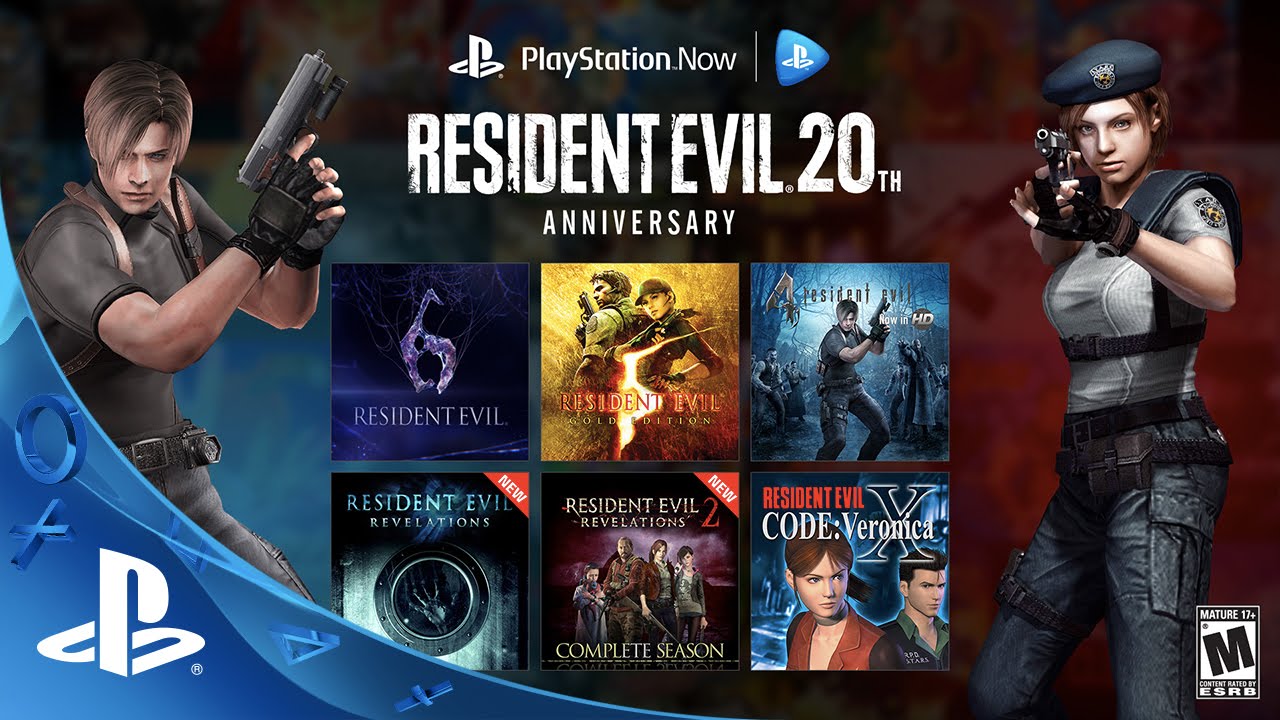 The story is set at a time before the Kijuju and Lanshiang bioterror incidents when the BSAA was still a young organization. Join Jill Valentine aboard a ghost ship in the Mediterranean Sea searching for her old partner, Chris Redfield. Learn the hidden truth behind the destruction of a floating city. (Rated Mature)

A brand new tale in the Resident Evil Revelations saga, with distinct episodes, each of which features hours of terrifying gameplay and dramatic cliffhangers to leave players eagerly anticipating the next twist in the gripping horror story. (Rated Mature)

The bioterrorism nightmare is more chilling than ever, as outbreaks in America, Europe, and China threaten to plunge the world into chaos. Multiple heroes will rise to meet the threat of this new viral outbreak. (Rated Mature)

Six years after the destruction of Raccoon City, Leon Kennedy is sent on a secret rescue mission to Europe to rescue the president’s daughter. During the search, Leon realizes the nightmare has not yet ended. (Rated Teen)

Three months after the destruction of Raccoon City, Claire Redfield travels to Europe in search of her brother Chris. After a heated gun fight, she is captured. Can Claire escape the zombie horde and reunite with her brother…? (Rated Mature)

The Umbrella Corporation has fallen, and its crimes have become no more than a memory. But its creations live on. Survive this horror-filled story with classic characters in The Darkside Chronicles! (Rated Mature)

You may think you know everything about the Umbrella Corporation, but The Umbrella Chronicles will lay bare this mysterious company’s dark dealings. (Rated Mature)

With 300+ games — including 8 Resident Evil games and over 20 Capcom games—in the PS Now Subscription games library, there’s never been a better time to give the service a try. Click here to start your 7-Day free trial.