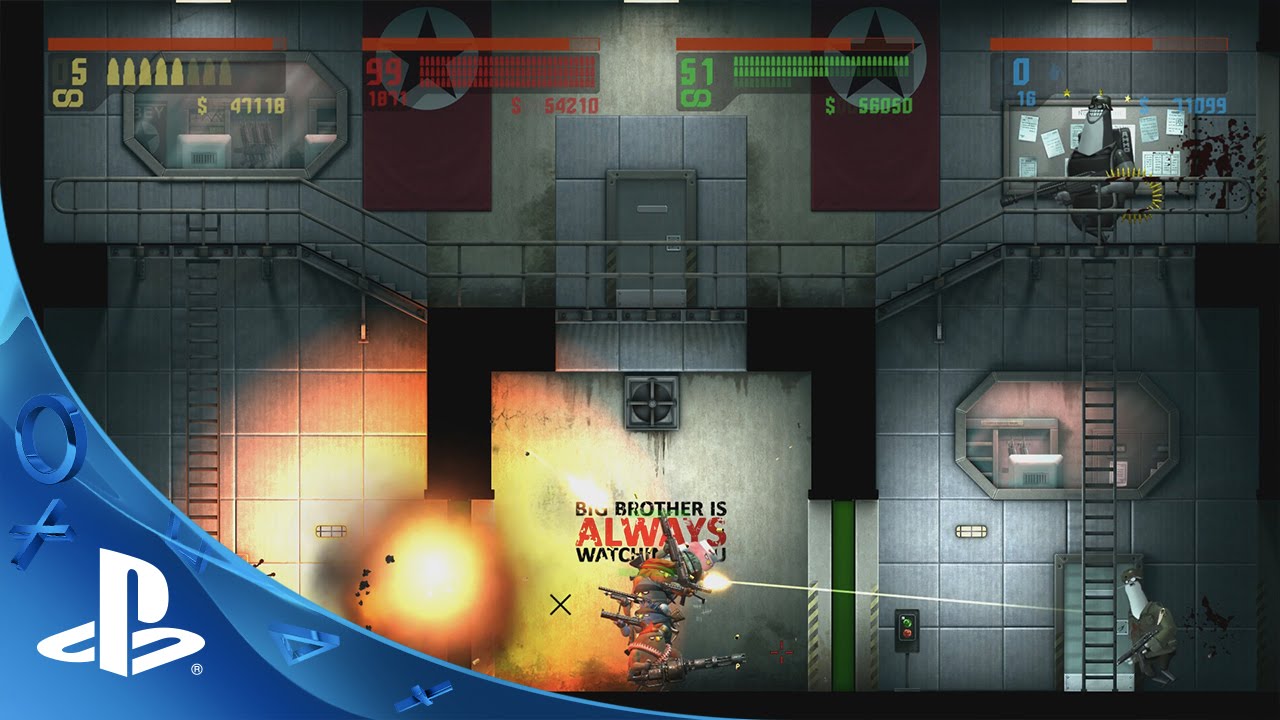 Hello again! We’re excited to share the news that Rocketbirds 2: Evolution is coming exclusively to PS4 and PS Vita on April 26. With the launch date approaching, we at Ratloop wanted to share more details about the game’s new features.

Even though Rocketbirds 2: Evolution has a full six-chapter Story Mode campaign, I’d like to talk a bit more about the game’s new Rescue Mode. Rescue Mode is essentially a meta-collection game. To give players a taste of what they can expect from this new mode, we put together a short video named A Chicken’s Guide to Killing Penguins, starring James McCreadie as Metal Chicken.

In Rescue Mode, up to four friends (online or offline) can go on missions to find hidden items and artifacts while rescuing hostages deep behind enemy lines. Each time you free a hostage, they’ll join your team as a new, fully-customizable playable character. Rescue Mode features four procedurally-generated locations to loot and explore as well as four different weapon stores to buy new weapons and ammunition from.

We created more than forty unlockable weapons — including rifles, shotguns, pistols, launchers, and melee weapons — to use in the fight against the penguin regime! We picked fun, iconic weapons and leveraged the unique traits of those weapons to make each work differently and cater to varying play styles.

Through your inventory, you can select your primary and secondary weapons and can quickly swap between them during combat. The Thumper Gun launches bouncing grenades, but grenades aren’t great for battling in tight corners or for destroying turret sensors, so you might want to use the Sawed-off Double-barreled Shotgun as your secondary weapon. It has a decent shot spread and can fire both shots in quick succession before requiring a break-action reload.

The Mossy Shotgun can fire ten cartridges, but you’ll need to pump the next cartridge into the chamber between shots. The Lead Storm is an automatic shotgun which uses a drum-styled magazine clip to quickly reload its cartridges and can rapidly fire off twenty rounds to destroy anything in its path.

Certain weapon combinations kill enemies faster — everyone starts off with the Famous 5 (MP5) and two Deagles (Desert Eagle pistols). The pistols destabilize enemies quickly and get them into the air, but don’t do a lot of damage. Once destabilized, the enemy will take a lot more damage from your Famous 5. With enough practice, you can graduate to precise, single-shot rifles which do insane amounts of damage when you hit enemies in the head. 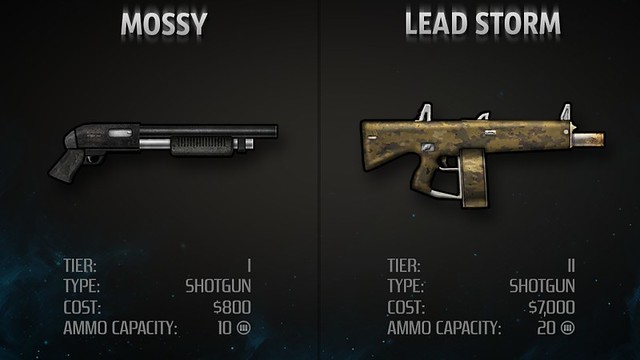 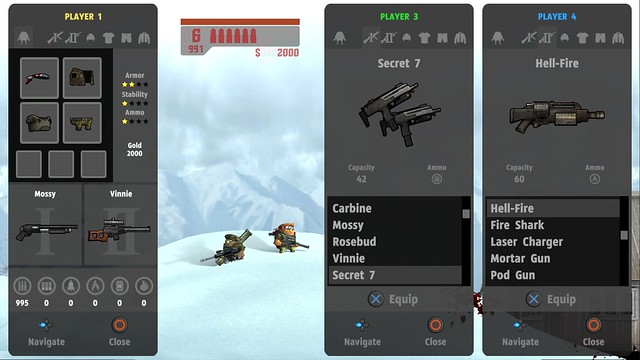 In Rescue mode, stacking has a number of uses, such as picking up hostages and carrying them to the extraction point to complete a rescue mission. If your squad needs additional firepower, you can rent a duck mercenary to ride shotgun, stacked on your back during a mission. If you are knocked out, a teammate can scrape you off the floor and stack you on his or her back to keep you out of harm’s way until you regain consciousness. Or you can stack onto another player’s back and focus on aiming and firing — if everyone stacks, you can form a lumbering tower of death and become much harder to destabilize!

Nothing beats pitting your combat skills and wits against real people, which you can do in the Dojo. The rules of the game are simple — bet a small ante to play and the winner takes it all! Between bouts, you’ll have a chance to change the two weapons you wish to bring into combat; however, once the battle starts, you’ll have to rely on your skills and training to win it like a boss! Some tips from the team at Ratloop: take the high ground so you’ll be shooting downwards at opponents’ heads and don’t get surrounded or caught in crossfire! 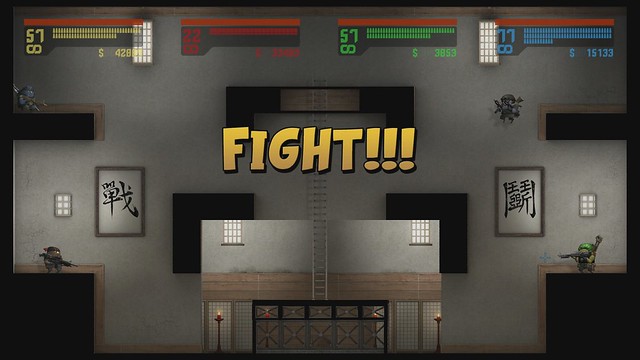 Rocketbirds 2: Evolution will feature Cross Buy and Cross Save. Players can buy the game for one price and own it on both PS4 and PS Vita, with the ability to play and save on both systems for finger-licking fun!

Look for Rocketbirds 2: Evolution on April 26 to get in on the fowl action!