How to Get Started in Enter the Gungeon on PS4 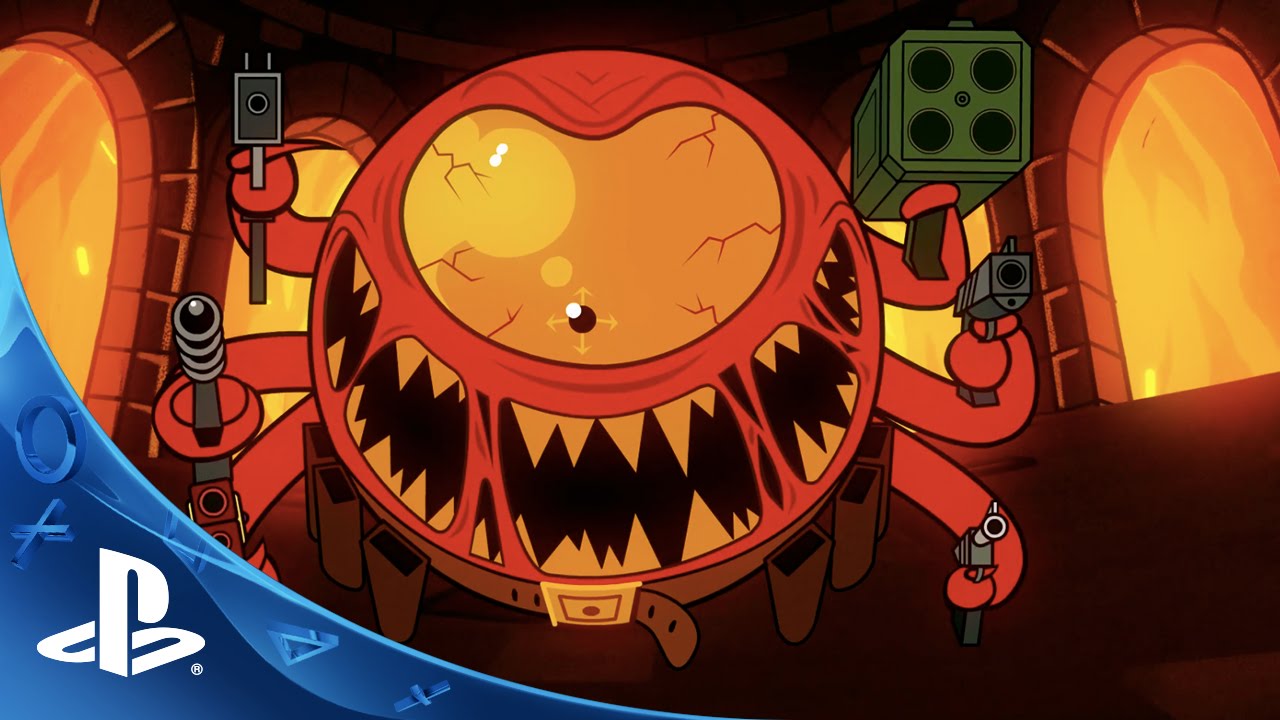 Enter the Gungeon, our bullet-hell dungeon-crawler — and Dodge Roll’s first game as a studio — is out today! That is a surreal sentence to type after two years of work. We are extremely excited to share our game with you. It has been quite the labor of love, filled with everything we love about videogames, and we really hope you enjoy the game as much as we do. To get you started, here are a few key tips every Gungeoneer should know!

The most important tool in a Gungeoneer’s arsenal, other than guns of course, is the dodge roll. During the first half of the dodge roll, the player is invulnerable and can pass through bullets unharmed. Once he hits the ground he can be damaged again. Our hope was to make the timing feel familiar to fans of Bloodborne or Dark Souls, which is where we took inspiration for the mechanic. Mastering the roll is critical to mastering Enter the Gungeon!

The other way to deal with the curtain of bullets coming at you is a type of consumable item called “Blanks.” Similar to a bomb in a SHMUP, these blue bullets can be used at any time to delete any enemy projectiles in the room, and are especially great against bosses.

Don’t be afraid to use them — when you reach a new floor, if you have less than two of them, they will refill!

Once you make it to the second floor a couple of times you will find Cadence and her golem friend OX. After being freed from captivity, they run a shop in the Breach where you can purchase new guns and items that will be permanently added to the loot pool.

The currency used to purchase these unlocks drops off of bosses and can be viewed on the pause screen. Enter the Gungeon is a roguelike and rescuing NPC’s is one of the primary methods of player progression. Around half of the game’s 190 guns and 200 items will need to be unlocked in various ways, but the earliest is Cadence’s shop — so make sure to visit often!

After doing a few runs and Cadence’s shop, you will find the Tinker character on the second floor. By talking to him and running some errands for him, you can unlock shortcuts that allow you to start on lower floors.

To unlock co-op all you need to do is play one run of the game in single player. Once it has been unlocked, connect a second controller and have that person sign in. Then just go to the starting area, the “Breach,” and speak to the guy in the purple hood, and he will let you start co-op. You can play the entire game in co-op, though we highly recommend having each player train a bit in single player before diving into co-op. Knowing the game a bit can help you deal with the added chaos of having another player running around and shooting.

That should be enough to get you (dodge) rolling!

I can say without exaggeration that releasing a game on PlayStation is a dream come true for the whole team, and I can’t thank the lovely people at Devolver Digital and Sony enough for helping us make this happen.

That said, release is not the end! Post launch we are committed to supporting the game with both bugfixes and content updates, specifically new guns, items, bosses, and rooms, to keep Enter the Gungeon’s replayability as high as possible.

Launch Party is our annual celebration of fine digital games (you may remember it by its former name, Spring Fever). Pre-order any (or all) of these games to save 10%. Enjoy!