Recently, Naughty Dog gave some nice people the opportunity to play a brief demo of Uncharted 4: A Thief’s End. Luckily, they invited me too! Here’s a full playthrough of the demo, but be sure to read on afterward for my thoughts.

First things first: the scope of Uncharted 4’s gameplay and exploration appears to be far, far larger than prior games in the series. Naughty Dog is describing this new approach as “wide linear,” and it allows for more freewheeling navigation without sacrificing the narrative-driven pacing the studio is famous for. Compared to past Uncharted games, Uncharted 4’s world feels truly huge and, well, uncharted.

It’s beautiful, too. Everywhere I looked, I saw the fingerprints of Naughty Dog’s unmistakable artistry. While navigating a rented 4X4 up a perilous mountain trail, the tires dislodged rocks that tumbled down the hillside. Eep! Later, I slipped on a dirt hill and Drake’s jeans and shirt glistened with mud.

Speaking of Drake, the veteran thief has never looked — or moved — better. After dropping from a tall height, he stumbles awkwardly; while pulling a winch, he smoothly passes the cable to his other hand when he changes direction; he even shifts gears in his 4×4 at the appropriate times. These tiny details stack up over time, steadily creating an illusion that you’re somehow controlling a real guy on a very ill-advised adventure. It’s uncanny. 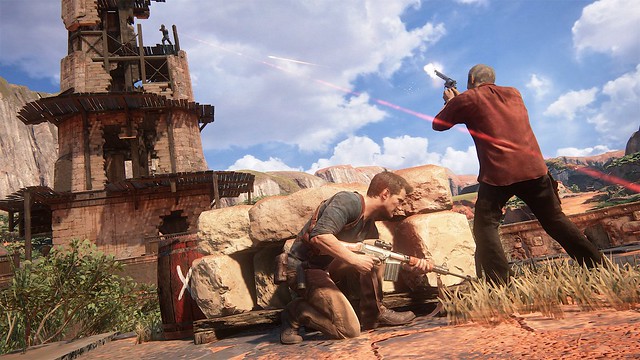 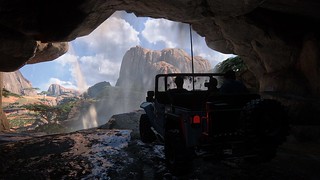 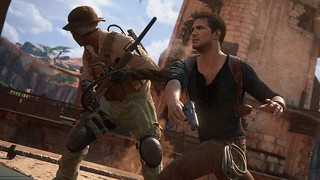 In the demo I played, Nate, Sam, and Sully navigated the treacherous backroads of Madagascar searching for outposts where legendary pirate Henry Avery may have hidden his treasure. At any point in the demo, I was able to hop out of the 4×4 to investigate ruins or search for collectible treasures scattered throughout the sprawling landscape.

One detail I loved: When I left Sam and Sully in the 4×4, I listened to them trade quips and compare notes on treasure hunting as I prowled off in search of loot. Uncharted 4 is plastered with these tiny bits of narrative wallpaper, and based on what I played, the game is immeasurably richer for it.

Uncharted 4: A Thief’s End lands exclusively on PS4 on May 10 — if this demo was any indication, it’s gonna be one hell of a ride.