Overwatch: The Deadly Tactics of Widowmaker 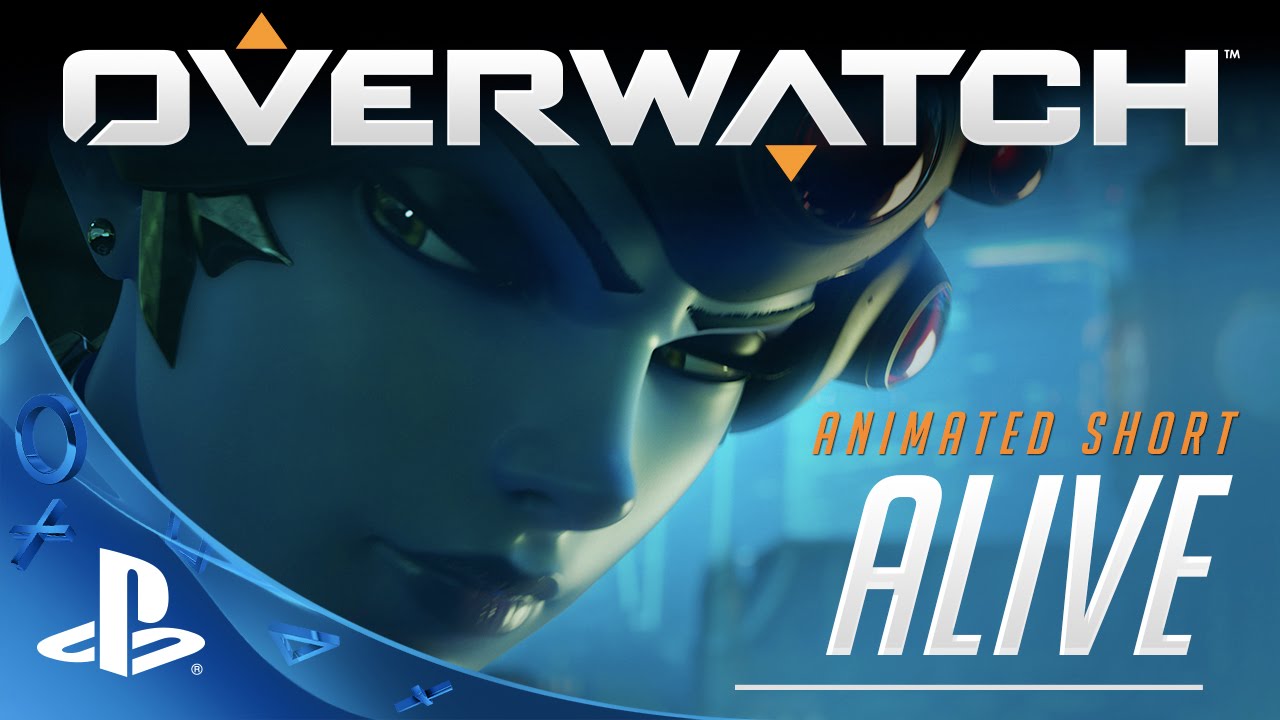 Hello, PlayStation gamers! I’m Jeff Kaplan, the game director of Overwatch at Blizzard Entertainment. A few weeks ago I stopped by PlayStation.Blog to let everyone know that we’ll be holding an Overwatch Open Beta for PS4 players in early May. Today, I’m excited to tell you a little more about the game — and share a bit more about some of the heroes in the Alive animated short that you can watch today right here on PlayStation.Blog.

If you’re not familiar with Overwatch, it’s a team-based shooter that pits two teams of six larger-than-life heroes against each other on objective-based maps that span the globe.

Imagine engaging in a sniper duel atop the walls of an ancient Egyptian temple while a gorilla scientist fights a shape-shifting robot in the rubble below. Picture teaming up with a hammer-wielding knight to assault a robotics facility located deep within the wintery heart of Russia, or dueling a cybernetic ninja as you escort an EMP device through the winding streets of King’s Row in London.

Overwatch is a game about jumping into the shoes — or giant mechanical boots — of a hero with incredible powers, and then teaming up to do amazing things. You can blink forward and backward in time, return your fallen comrades from the dead, and freeze your enemies into helpless humanoid ice cubes. Each character in our cast comes with a unique set of special abilities that can change the course of battle in the blink of an eye.

Take Widowmaker, the merciless and deadly sniper from the Alive animated short. She’s a great character for players who like to use a bit of stealth and deception to the get the job done. As any seasoned sniper player knows, staying perched in one spot for too long is a great way to get yourself killed — so after headshotting an unsuspecting enemy or two, you can use your Grappling Hook to whisk you away to the next vantage point.

Of course, Widowmaker isn’t without her weaknesses. Remember Tracer, the hero Widowmaker tangled with in the “Alive” short? Tracer can blink around the battlefield so quickly that even the most experienced Widowmaker will struggle to line up a shot in time to stop her from jumping in, dropping a devastating explosive charge at your feet, and then warping backwards in time and away from the blast.

But a cunning Widowmaker also knows how to defend herself. Her noxious Venom Mines can alert her to the presence of enemies who dare to get too close, and poison them in the process. If she loses track of an enemy Tracer (or any opponent), she can also trigger her ultimate ability, Infra-Sight, to reveal where every enemy hero is currently located — not just for you, but your entire team.

And if Widowmaker’s tactics simply aren’t working, you can switch characters at any time in-game and turn the tables on that troublesome Tracer. These kinds of plays and counter plays are at the heart of the Overwatch experience — and with 21 heroes to choose from, there’s a character for every situation and every player.

Even though you might know Blizzard primarily as a PC-game developer, a lot of us love gaming on consoles (myself included), so we know how important it is to provide an experience that feels great from the couch and holding a controller. We’ve been developing Overwatch from the beginning with consoles in mind, which gave us the opportunity to make sure the PS4 version of the game was tuned specifically for the platform — not just in terms of the technology, but also the interface and gameplay, ranging from how turrets track their targets to providing console-specific options like aim assist.

We’re psyched for you to check out all of this for yourself and start playing with your friends during the Open Beta from May 5 to May 9. You’ll have access to all 21 heroes and every map during the Open Beta, meaning you’ll be getting the complete Overwatch experience. We’re also offering early access for players who pre-purchase — check out our original announcement for more details.

Thanks, and we can’t wait to hear what you think!