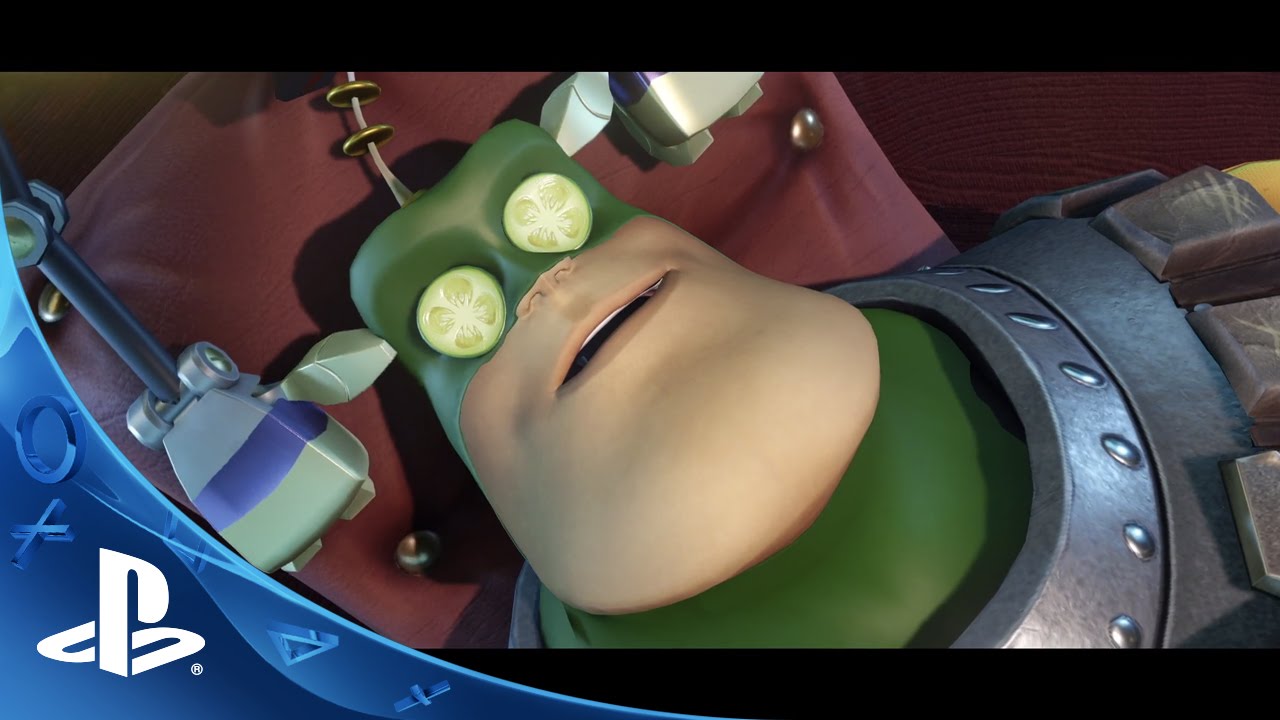 Hey everyone. It seems incredible that we’re just three weeks away from the debut of two great PlayStation heroes on PS4. We’ve joked that Ratchet & Clank for PS4 is the game based on the film based on the game… and that’s actually pretty accurate!

The film and game are designed as complementary pieces. They tell the same origin story of Ratchet & Clank battling Chairman Drek, with the same major beats and character arcs. The film focuses a touch more on character development and the game is a bit more focused on the action that happens between the scenes. Our goal was to take advantage of what each medium does best.

But the game has a major departure from the film: the game is narrated by Captain Copernicus L. Qwark. So you get Qwark’s skewed self-serving version of events to set up a different way to experience the story. He gets all the big details right, but the little asides are all him. As you watch our new trailer for the game (And play it for yourself next month!) — you’ll have to ask yourself: can Qwark be trusted?

We’re hoping that when you fire up Ratchet & Clank you’ll feel the rush you felt the first time you played a Ratchet & Clank game. But we’re going beyond that nostalgia with a gorgeous Ratchet & Clank that holds up to modern standards and is a fitting debut for the franchise on PS4. We wanted to tell the ultimate version of Ratchet & Clank’s origin story, completely synced up with the feature film.

The game will be available on April 12th and the major motion picture from Gramercy Films follows shortly thereafter on April 29th. For fans of the series we also have a pretty sweet pre-order bonus. You’ll gain access to one of my favorite Ratchet & Clank weapons of all time, the Bouncer, if you pre-order the game on PlayStation Store or at a participating retailer by April 11th.

We’re looking forward to seeing you in the Solana Galaxy in just a few weeks.