No Time to Explain Launching on PS4 March 29th 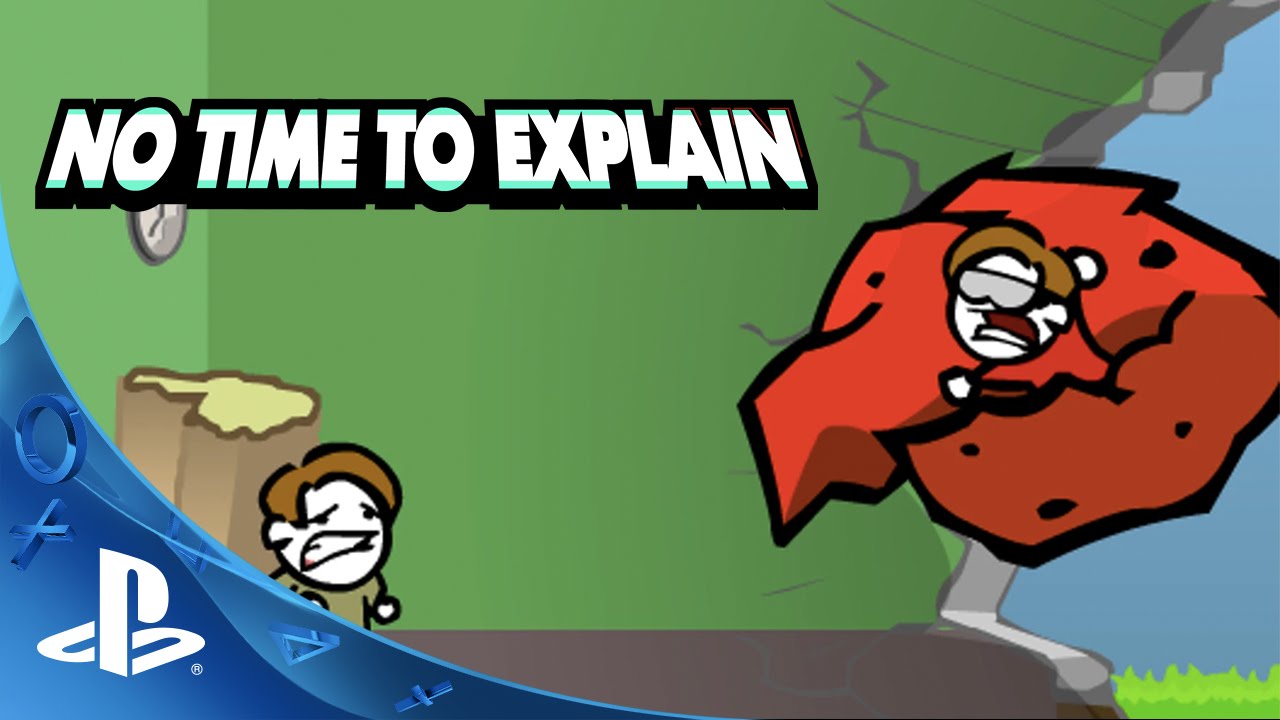 Hey everyone! This is Alex Nichiporchik, CEO at tinyBuild. When we announced Party Hard for PS4 last month, I told you we’d be back very soon with even more PS4 announcements. It’s time for me to act on that promise.

When tinyBuild began in 2011, it was the success of our first game No Time to Explain that allowed us to expand and become an indie publisher, helping other developers to bring their games to the masses. Now I’m finally going to fulfill my dream of seeing No Time to Explain on PlayStation.

I am you from the future, there’s no time to explain!

Picture the scene: you’re minding your own business and dancing a merry jig when all of a sudden the walls of your living room explode, your future self bounds into view, and he (You?) tells you (Yourself?) that you need to come with him. There’s no time to explain!

Then he’s plucked from the ground by a giant crab claw, and dragged kicking and screaming into oblivion.

Fortunately your future self drops a strange future cannon/jetpack device on the floor, which you can use to chase him down and attempt to save his life. Or your life. Wait, if he dies, do you still exist? Will any of this have happened anymore?

Okay, this is getting a little confusing. Let’s back up a moment. 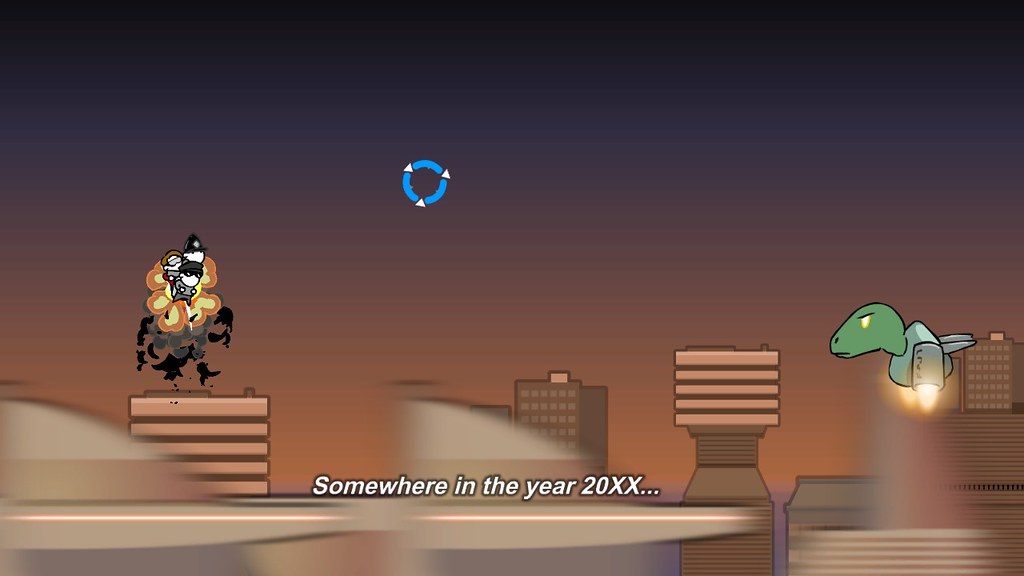 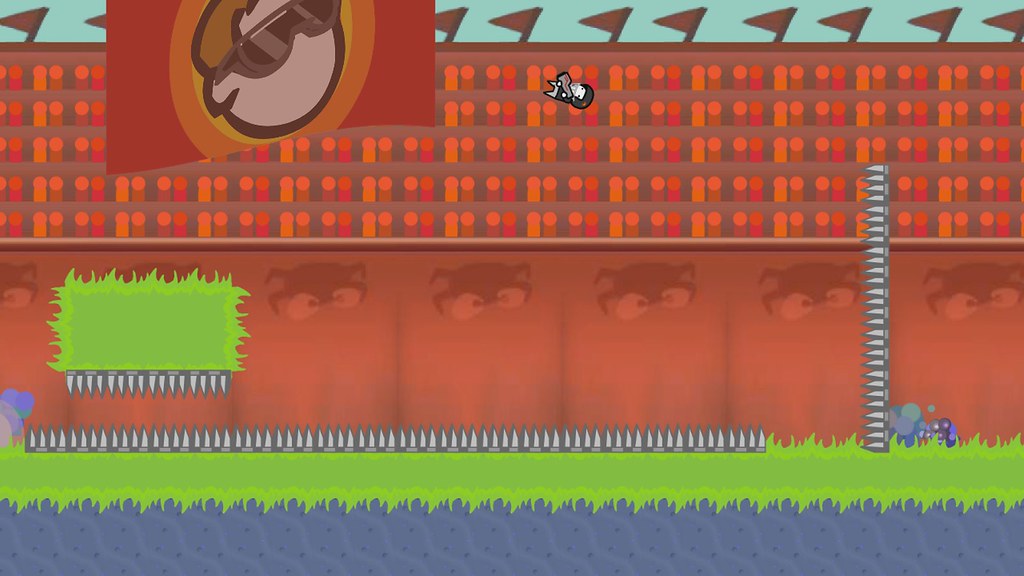 No Time to Explain is a 2D platformer with a twist: your weapon is also your means of movement. You can fire the cannon at giant enemies to kill them, but you can also fire it at the floor to boost yourself into the air. This allows you to leap high walls, dodge around deadly obstacles, and generally try to stay alive.

You won’t stay alive though. You will die over and over again. Trust me.

No Time to Explain is an extremely silly game, and the further you get into the game, the more ridiculous it becomes. Sometimes your weapon will change, or your hero will morph, or the world around you will make no sense, or maybe you’ll just get really fat and eat a bunch of cake? All bets are off, quite frankly.

Along the way there are secrets to find in the most challenging places. When I say “secrets” I obviously mean “hats.” Wanna play through the game as a fox? A dinosaur? A pirate? Why not balance a hotdog on your head? Why not just take all the hats you’ve unlocked and balance them all on top of each other? I know you love hats, don’t lie to me PlayStation.Blog readers.

Oh, and get this: you can play through the entire game with up to four players. It’s incredibly chaotic, and may cause you to throw your friends through a window head-first, but they probably weren’t great friends anyway so who cares, right? 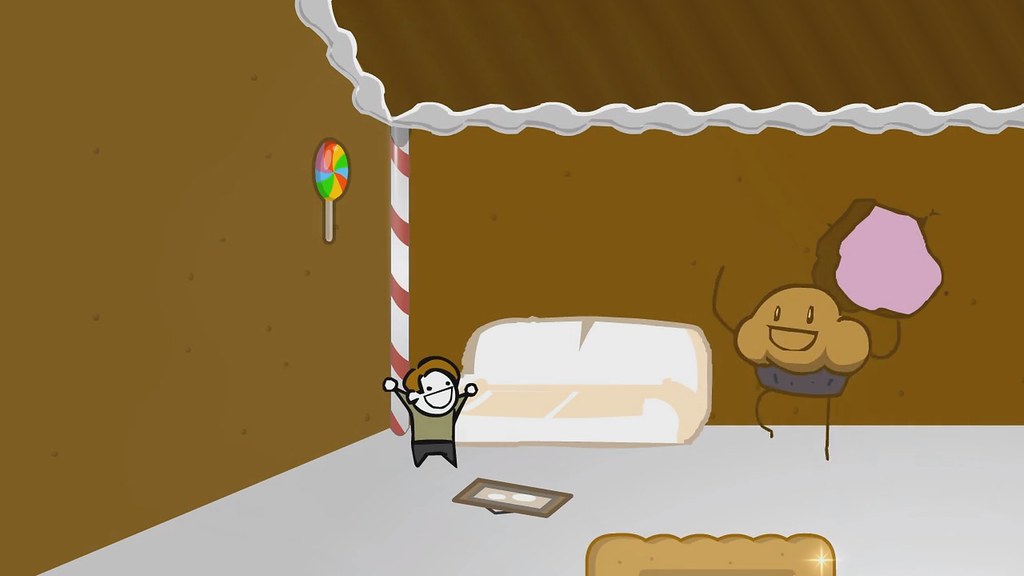 So, to reiterate: No Time to Explain is a game about killing giant alien crabs, eating cake, fighting sharks with frickin laser beams on their heads, dancing really hard, and generally trying to work out what is actually happening.

Does anyone find it weird that I actually had quite a lot of time to explain this?

So that’s No Time to Explain. I can’t wait to see it finally released on PlayStation very soon, and get it into your hands via a violent thrusting motion.

And if you thought Party Hard and No Time to Explain weren’t crazy enough, just wait until you see all the other games we have on the way to PlayStation very soon. Expect to see me pop up again on PlayStation.Blog in the coming months!