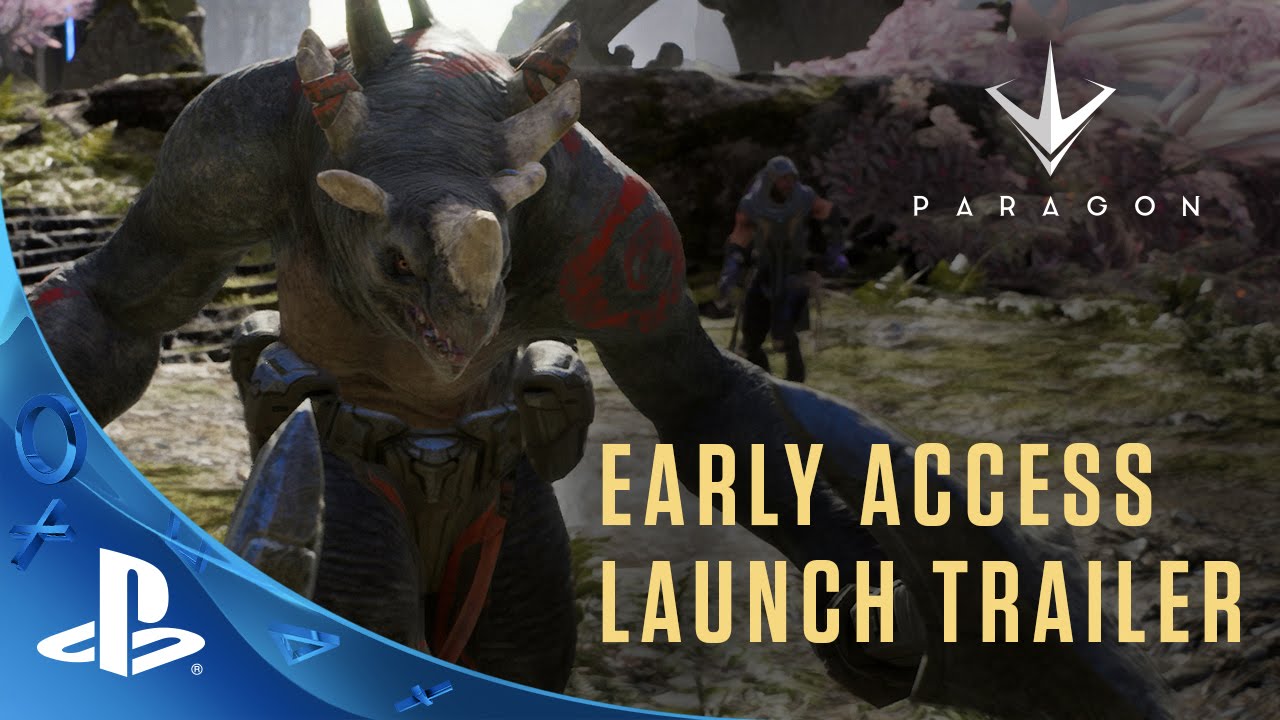 Buy a Founder’s Pack today and be among the first to play in Paragon‘s Early Access Season, starting Friday, March 18th.

From the start, our team at Epic Games set out to create a competitive MOBA in partnership with our players. As early as possible we invited passionate gamers to join us in playing Paragon each week and share their thoughts and ideas. We’ve worked hard to be responsive, make changes, and implement improvements with each weekly build.

Now with the beginning of Early Access we’re taking the next step in opening up the game to more people. Players who want to get a head start in playing with a small, enthusiastic community and help shape the evolution of the game can join us by buying a Founder’s Pack. Paragon will be in free Open Beta this summer, so if you’d rather wait, we’d love for you to play then.

If you want to support Paragon and be a part of the community from the start, we want to give you an amazing value for the money you spend. In addition to game access, each Founder’s Pack includes skins, Hero Master Challenges (which unlock Master Skins and emotes as you level up), and boosts at an enormous discount to regular prices. The Challenger and Master Pack also include an exclusive Founder’s Skin, and a free Founder’s Pack to give to a friend. You can learn more about Founder’s Packs at Paragon.com.

For those of you who would prefer to buy a Founder’s Pack in the store, we’re excited to announce that, in partnership with Sony, we’ll be launching a Paragon: Essentials Edition. We approached the Paragon: Essentials Edition the same way we did the digital founder’s packs — it’s a great value, with Hero Master Challenges, skins, boosts, and more at a huge discount as our way of saying thanks for getting in early and supporting Paragon. The Essentials Edition is available for pre-order today, and will be in stores June 7th.

Paragon is designed so that all players can compete and win without ever spending money. All heroes are free, and cards are earned through gameplay. To learn more about Paragon, read Ryan’s post here.

Thanks for your support, and see you in the fight!