The Magic Circle: Gold Edition Comes to PS4 on May 10th

Hey, so first up, some news — because once we get talking, I’ll forget the big date: The Magic Circle: Gold Edition is coming to PS4 on May 10th. The Magic Circle is our story-driven puzzler, recently nominated by the IGF for Excellence in Narrative. It’s a dark comedy about a legendary game that has been stuck in development hell for 20 years, and only you can save it. (If you still are patiently waiting for some sequel right now, maybe it’s a bit of a tragedy, too.)

The Magic Circle pokes fun at the many ways that games can go wrong, and offers you the power to solve puzzles like a game creator — by re-designing them. You play the hero of an unfinished fantasy RPG, waiting for your story to begin, and you’re getting sick of it. The fictional development team is in creative deadlock, zipping around the game world and arguing about what to change. So you set out to make the game your own, and release it from the inside… whether they like it or not.

For PS4, we’ve given The Magic Circle a major engine upgrade and made improvements to lighting and AI. Our tiny team of 3.5 people — don’t ask — can’t wait to share it with you guys.

Remember when you were a kid, waiting to play some hot new game for so long that you’d go half-mad with the idea of what it might be? Then, the box finally arrives, and at first, it’s everything you’d hoped. You’ve been promised paradise, and you want so badly to believe. It seems like the people who make games have magical powers. Your TV is a little, warmly-glowing window to a world those folks created, and in it they’re like gods. Now, remember the first time you saw a glitch? That certainty that something had gone wrong with the game? We do, too. It was mysterious, funny, sad — and very much worth exploring.

In this story, your creators — voiced by the brilliant Ashly Burch (Borderlands 2), James Urbaniak (The Venture Brothers), Stephen Russell (Fallout 4), and Karen Dyer (Resident Evil 5) — are all too human, and they have clearly failed you. They’ve wasted so much time bickering that you have no weapons or spells, so you have to steal the powers of creation from them. The first is a tool called The Circle — it lets you trap objects and creatures, then re-mix their powers and stats to suit your purpose. 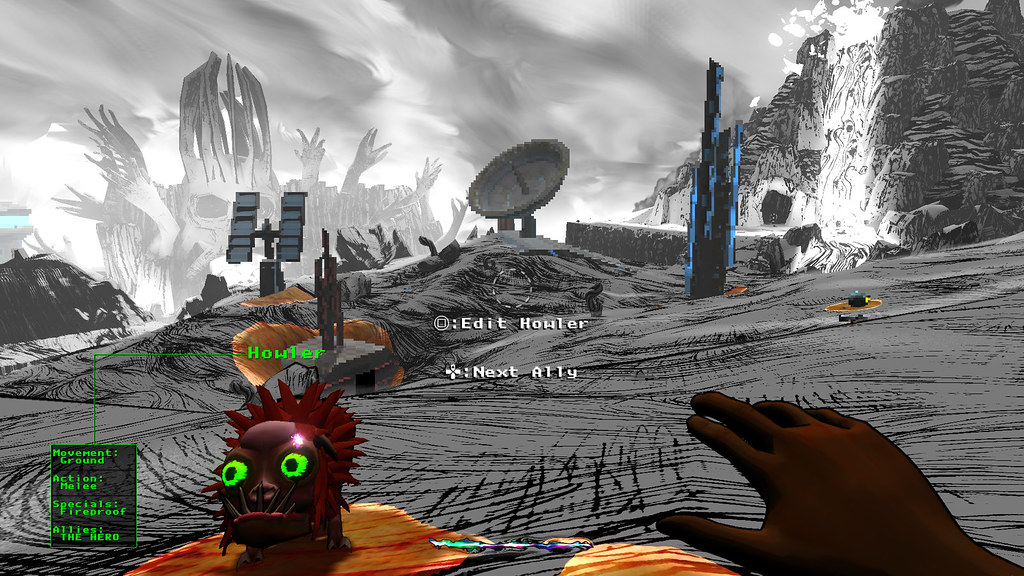 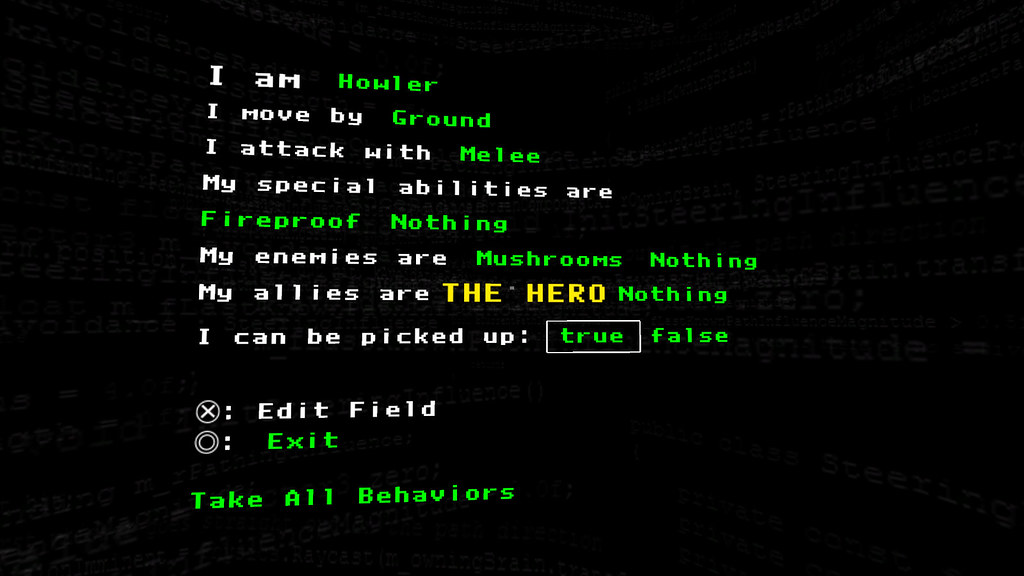 As you delve deeper, restoring parts of the world that were deleted, you’re digging up lost bits of gaming history — entire versions that were scrapped. (I remember someone at PAX saying this sequence looked like a lost 1990’s PS1 game, and we were so proud!). It’s up to you to decide which creatures and powers should join your army of “pets,” and which should have stayed buried. 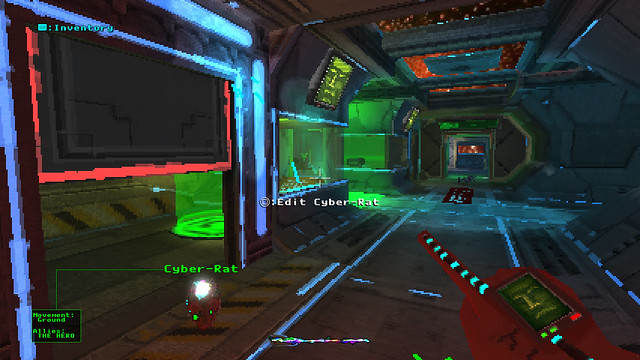 The puzzle games we’ve played are usually all about hiding a single, perfect formula, making the game’s authors look smart. In The Magic Circle, it’s up to you to design your own solution, and there are many right answers. That pure, outsider fantasy of making games is the core of The Magic Circle. We want you to feel like a game creator — without having to quit your job and learn to code. (But if you do, hey, we’ll be here to cheer you on!)

But now, back to you, as a kid. Maybe that glitch you saw was a hole in the world. Or a creature banging its head into a wall, over and over. Go ahead, you can admit it — you probably said something like “How could they not fix this? C’mon, I could do a better job than that!”