Everything is Coming to PS4 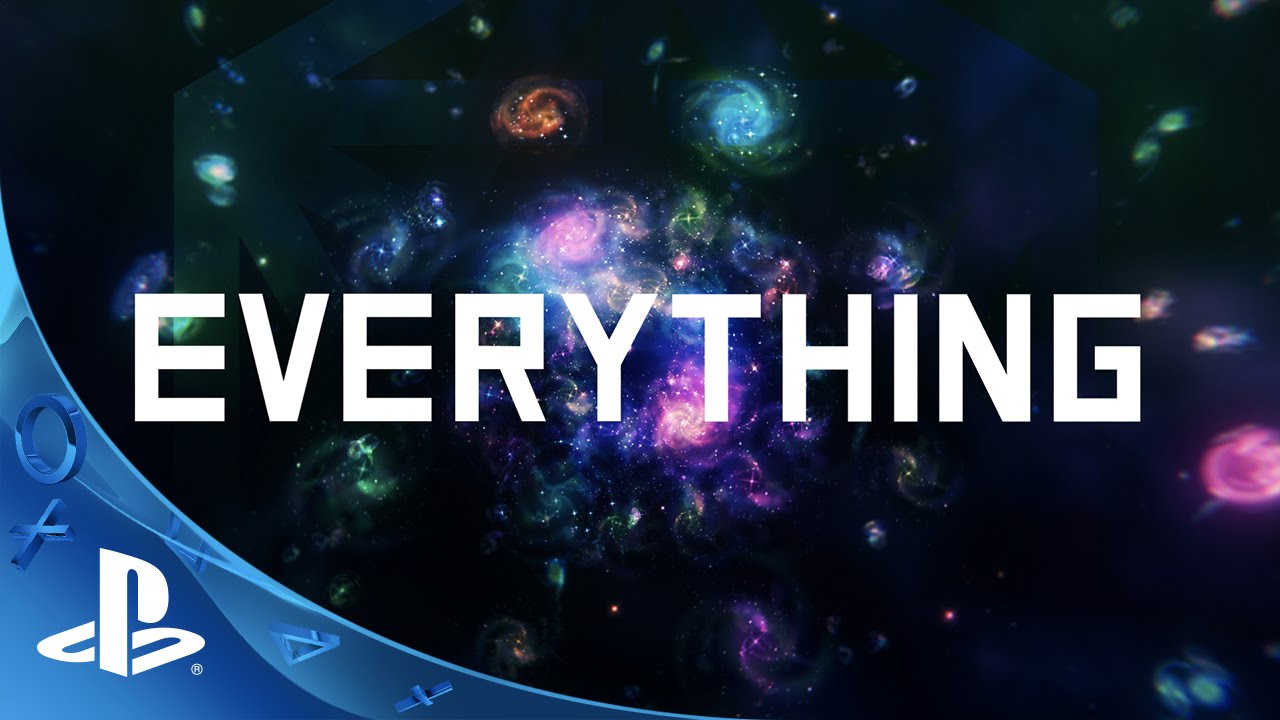 Hello friends, my name is David OReilly. I’m an artist based in Los Angeles and am from a town called Kilkenny in Ireland. Some of you might be familiar with my films, most of which are short or very short, and more might be familiar with the video game sequences I created in the movie Her. Mostly I am concerned with the medium of 3D and it’s effect on our brains.

I have been working on a new project for a long time with some very talented people, and I’m excited about sharing it with you today.

In Everything, every single thing is a playable character; if you can see it, you can be it. The game lets you see the entire universe from the point of view of the thousands of things in it. In other words, there is no distinction between you and the world, or between a level and a character. All these things experience and interact with the world differently.

Everything lets you be anything you want. If you ever wanted to see what it’s like to be a horse, or a paperclip, or the sun, this is for you. Your main power in the game is Being (there are more but I won’t ruin the surprise).

This very simple idea has involved years of research and development, as virtually all game engines expect a lot of things to be static and non interactive. I should mention that I’m still quite new to this, and though I was very excited about this idea, I had no clue how backwards it was or how much work it would be. Together with Damien DiFede (who writes all of the code) we developed an entirely new way to create and design levels, which treat objects more like ecosystems, and slightly closer to how they would be in nature.

Everything is a game about the things we see, their relationships, and their points of view. In this context, things are how we separate reality so we can understand it and talk about it with each other. It sounds obvious, but people have been arguing about what things are since the dawn of time. This was the subject of my last game Mountain, and Everything explores this idea and more in much greater depth, and in a much more fun way.

Everything is launching exclusively on PS4 in the future (As soon as we finish it!).