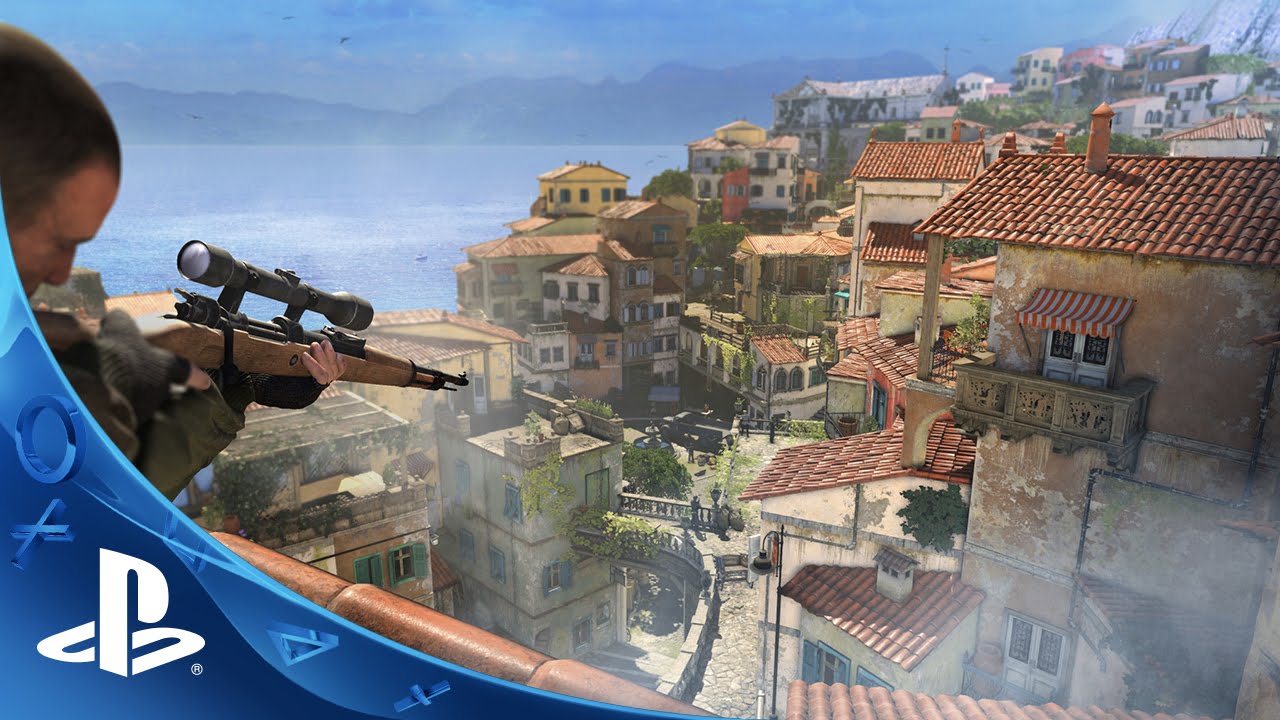 Today we’re thrilled to tell players that Sniper Elite 4 is coming to PS4 this year.

What you’ll want to know, of course, is what makes Sniper Elite 4 special, whether you’re a sharpshooting veteran or a rookie looking to get their teeth into a new third-person stealth action game — especially now that it’s the first in the series to be developed from the ground up for PS4.

I thought it might be nice to reveal a few secrets from the teaser trailer to get the juices flowing. Enjoy!

Why is that opening date so important? Well, it places the game firmly in World War II of course, but there’s more to it than that. Sniper Elite 4 is set in Italy in the direct aftermath of the North African conflict seen in Sniper Elite 3, and Fascism’s grip on the Mediterranean is slipping.

Enter covert agent and series stalwart Karl Fairburne, dropped onto the Italian peninsula in advance of the Allied invasion. What starts out as an assassination mission quickly turns into a race to uncover a conspiracy that could end Allied hopes of retaking the continent for good…

The opening scenes of the trailer show a town caught in the midst of war, civilian belongings strewn across a usually sleepy market square. We really wanted to mix picture-postcard imagery with the creeping dread of something more sinister because this is what makes the Italian conflict so interesting. There were lots of factions fighting for the future of the country, and these play an important part in both the narrative and the gameplay! 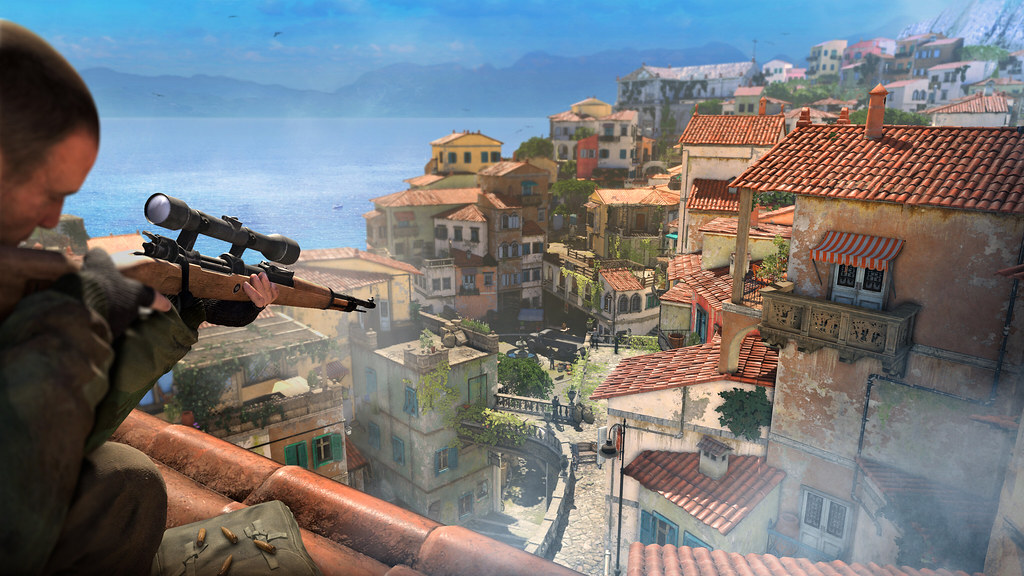 That opening vista with all those iconic, red, Mediterranean rooftops? That’s just a small part of a beautiful coastal town which makes up just one region in one of the game’s earliest levels. Phew! Each campaign level is absolutely huge — many times bigger than those seen in Sniper Elite 3, and they already took hours to complete!

Just to stress, the footage isn’t pre-rendered or taken from cutscenes. What you’re seeing in the trailer is taken from environments you’ll actually be playing in.

Did you spot Karl right at the end? Well done if you did — he’s definitely dwarfed by his surroundings! No doubt your eye was drawn to the huge viaduct in the distant background, too.

Just like the earlier shots, this isn’t just set dressing, it’s taken from a real level and players actually have to get to the viaduct and then intercept that imposing railway gun. Whether you leave the viaduct still standing is, of course, up to you and your explosives.