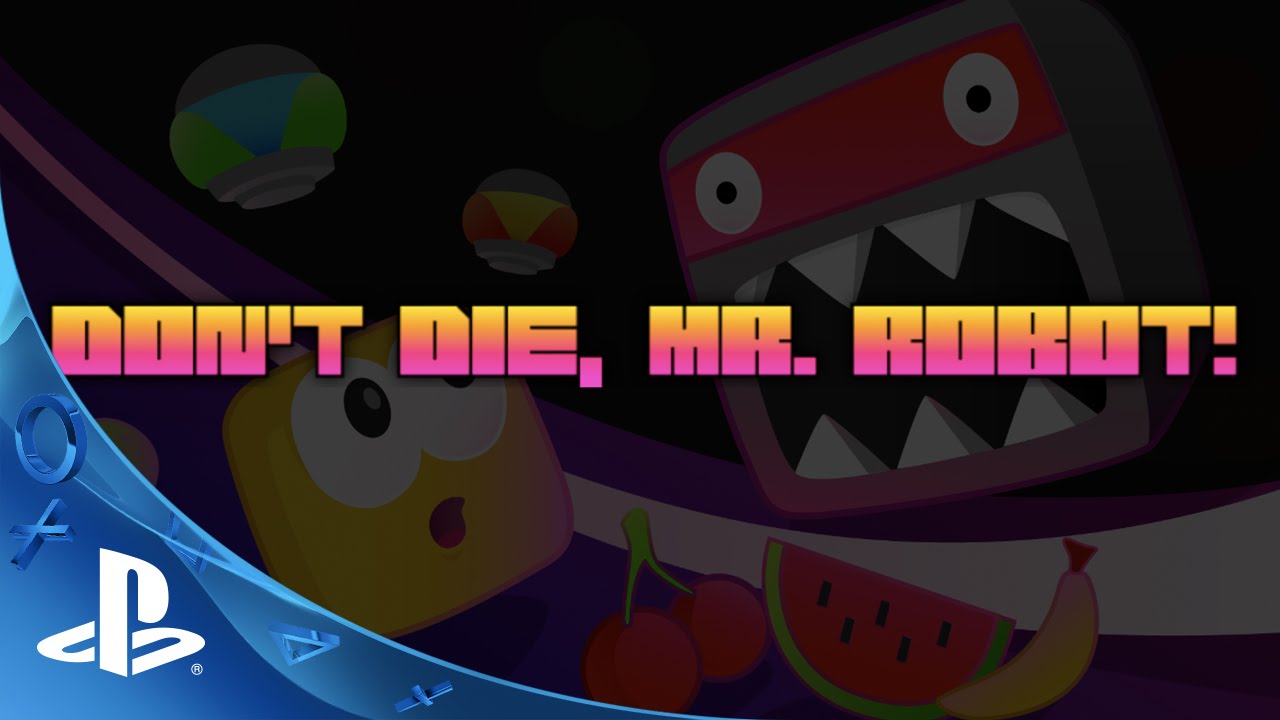 Deep in the electro-abyss lives a little robot who loves to eat exploding fruit. He also quite likes staying alive. That’s where you come in…

The PS4 version has a lot of tweaks and improvements, too. We’ve pumped up the visuals to target a silky smooth 60 frames per second with full HD. We’ve tweaked the soundtrack so it sounds even more rad on a big screen. We’ve massaged the controls to perfection, and we’ll be bathing your lap with technicolour neon glowy goodness emanating from the DualShock 4 lightbar.

It’s cross buy too, so you’ll get the PS Vita version for free if you don’t already have it. Oh, and we’ve made it a super affordable price that means anyone can get into an exploding fruit trance without breaking the bank.

Don’t Die, Mr. Robot! on PS4 has all this, plus the hot game modes that made the PS Vita version a fan favorite:

Each game mode shares leaderboards with the PS Vita version so if you don’t manage to get top score at home, you can keep your streak by playing on the go. There are loads of other surprises in store too, so turn your TV up loud, get your controller ready, and dive headfirst into some good ol’ bullet dodging action!

We’ve had a huge amount of fun making Don’t Die, Mr. Robot! on PS4 and we really hope you guys out there get a kick out of it when it hits the store tomorrow!