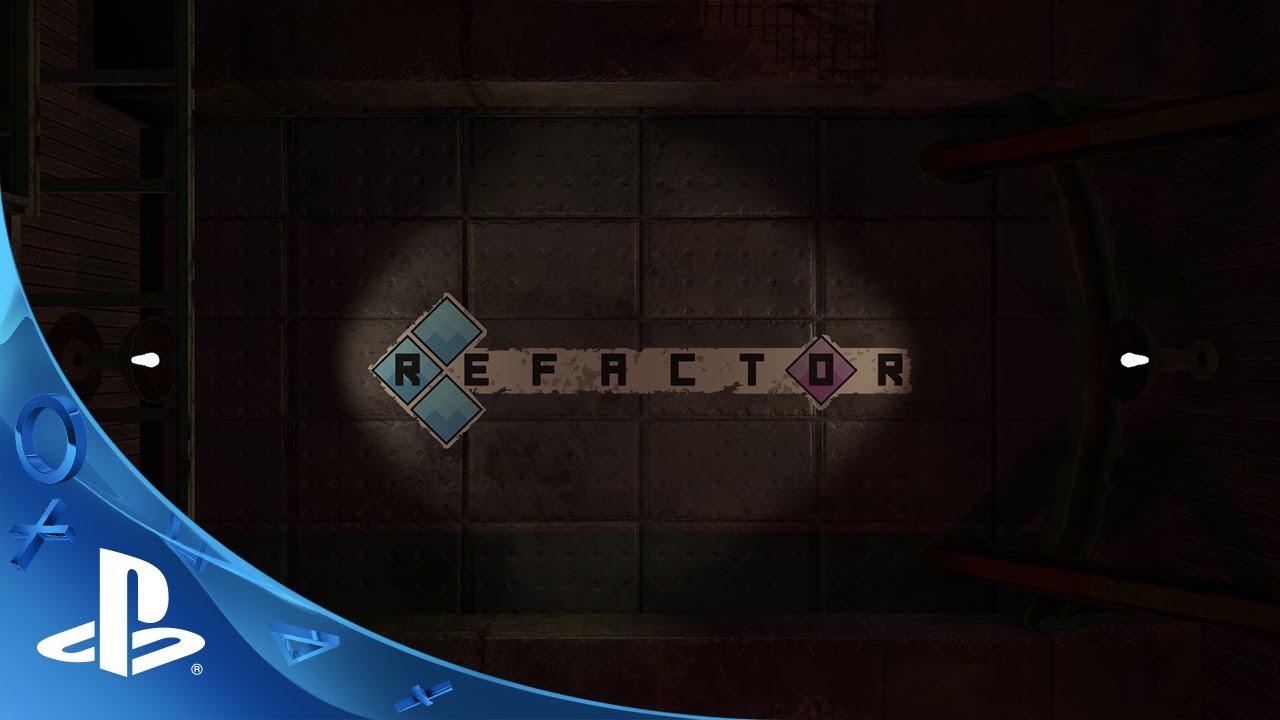 We’re proud to announce that Refactor, the world’s first Tetroidvania, is coming to PS4!

Taking elements from classic metroidvanias such as Super Metroid and Castlevania: Symphony of the Night, Refactor blends them with the falling block puzzle genre to create an entirely unique physics-based puzzle platforming experience.

The standard formula of a metroidvania is based off of the concept of an open world with gated progression. In Refactor you play as a tetromino, a four-block shape popularized by Tetris, with each of the shapes being tied to abilities that change the way you traverse and interact with the world.

For example, the square shape can be used to combat enemies or the line shape to leap great distances. These shapes can be further augmented by special abilities found throughout the world. While these powers are fairly standard for the metroidvania genre, we’ve turned it up a notch and have given you the ability to rearrange the map in a puzzle-like manner.

Turning the World Upside Down

Set in a world that is a puzzle itself, you can literally turn the world upside down by rearranging the map. The rooms that make up the map can be reordered, moved around and even rotated, all in real time. It is up to you to construct new pathways to previously inaccessible areas, to solve mind-bending puzzles, and to uncover secrets in the world of Refactor.

Refactor is a game about experimentation and discovery; there is no “right” solution to every problem. It is up to you to choose how to rearrange the world and to find the most potent combinations of abilities. Given the freedom the world provides, we’ve been consistently surprised by the unique and effective solutions people achieve in Refactor. So pick up the controller and make your own mark on the world!

Every day in the world of Refactor, thousands of puzzle pieces are created for the explicit purpose of playing “The Game.” Requiring perfection, only perfect puzzle pieces are selected for use and those who are imperfect are shunned by society and decommissioned. Thrown into this hostile environment, it is up to a couple of misfits to find their place in this unbending society.

Play as two misshapen characters who team up to create a completed tetromino. Explore the world of Refactor to unlock new upgrades and powers. Defeat the gatekeepers to acquire new shapes and augments, each granting you a new ability. Discover where you fit in, or take command and make your own place in the world.

Refactor began life as Tetropolis in 2013, having been born from a single word: Tetroidvania. The core concept was simply playing as a tetromino with the different shapes bestowing different powers. However, simply playing yet another reskinned metroidvania didn’t excite us. It simply wasn’t enough.

We eventually came to the idea of allowing the player to manipulate the world around them as giant tetromino-shaped rooms. This gave people the ability to explore the world in a way no one has ever attempted. After some spectacular feedback at various showings such as GDC and PAX, we honed our vision into Refactor and we’re tremendously excited for people finally to get their hands on it.