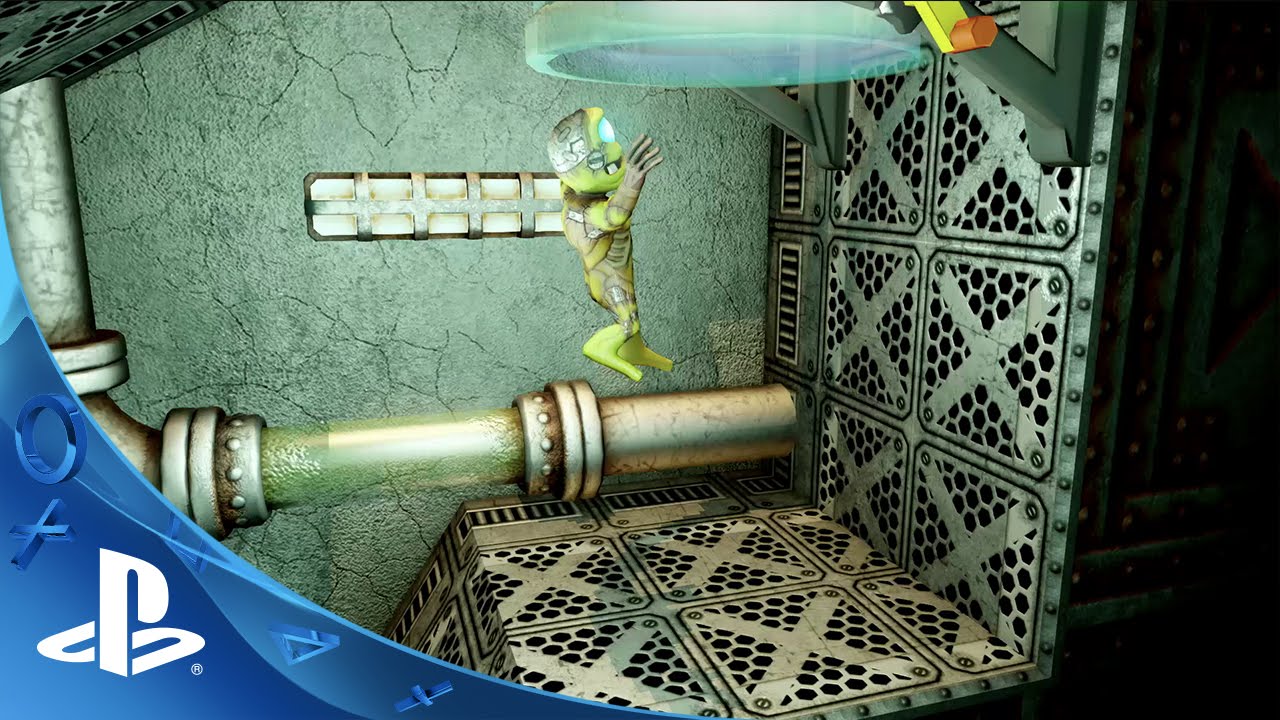 101 Ways To Die on PS4 is a physics-based puzzler full of gore and dark humor. It’s been described as “reverse-Lemmings” due to the puzzler gameplay style — and the fact that you as the player are deliberately trying to cause the AI characters harm, rather than save them!

You are a laboratory assistant to a crazed Professor who, despite devoting years to scientific research, has little to show for it. His life’s work is an unsavoury book focused on gore and destruction titled “101 Ways To Die” — which the Professor was certain would guarantee his scientific legacy.

Sadly, in the final stages of completing his work a lab accident resulted in its near-total destruction. The player’s role is to help the Professor recreate the book — completing more than 50 levels, constructing numerous ever-more-dastardly traps to kill poor unfortunate Splatts (strange creatures also created in the lab for the purpose of aiding with the Professor’s experiments).

Players are provided with an inventory of traps and tools to place at the start of the game during the planning phase, and then once the Splatts are released they must activate these tools to cause as much carnage as possible. Many levels already have pre-placed traps that the player will need to interact with and combine with their inventory to achieve even better combinations. 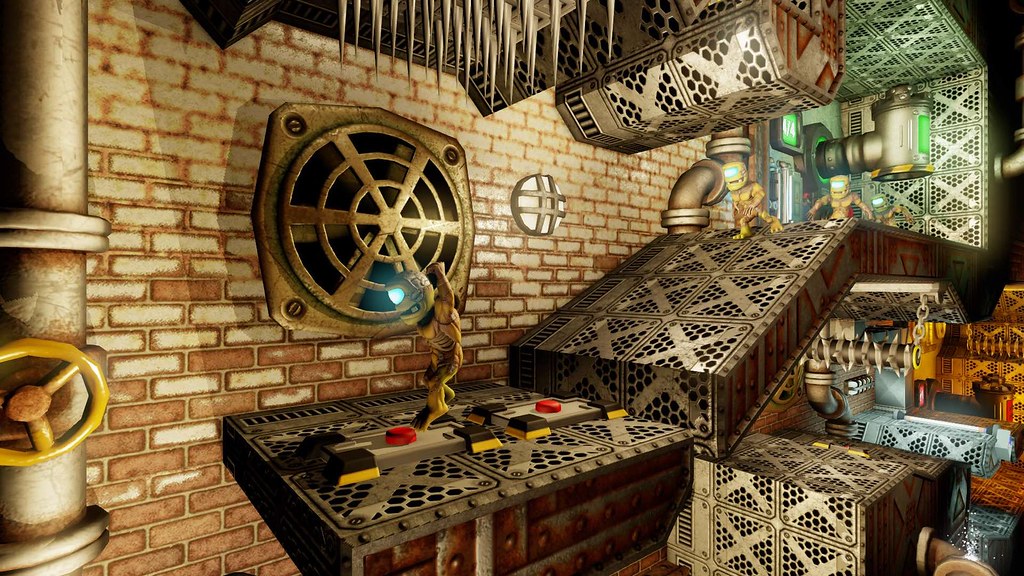 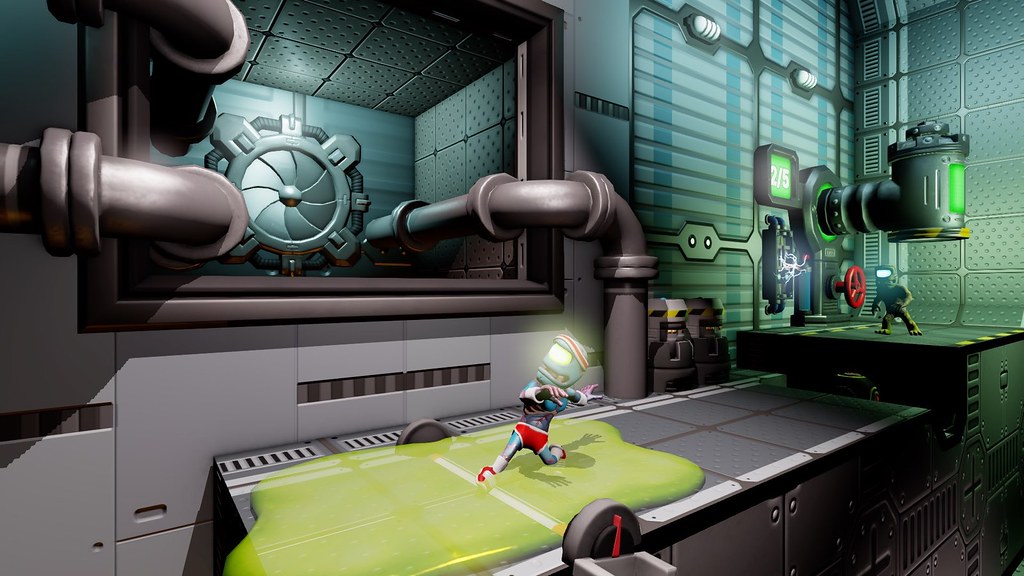 The 101 recipes of death that the players are trying to discover include simpler combinations focused on forcing the Splatts into an accident. These include Blasted Spikes (exploding a Splatt with a mine and forcing it onto a wall of spikes), Ball Point (hitting a Splatt with a cannonball onto spikes), and Hot Love (placing some slime for a Splatt to slip on into a lava pit).

More complex combinations will require the player to exercise both a sense of positioning to get the Splatt into the right place, and timing its misfortune well. For example, consider Airborne — where a Splatt flies from one bumper (a kind of swinging log) to another, then is impaled by a harpoon and shot into a fan that pushes them against a wall.

There’s actually a huge range of tools for the player to harm the poor Splatts, including Death Logs, Spikes, Fans, Lava Pits, Cannons, Bumpers, Bombs, Boulders, Mines, Cakes, Harpoon guns, Conveyor belts, Switches, and Teleporters — so there really is no excuse not to be as creatively sadistic as you like. 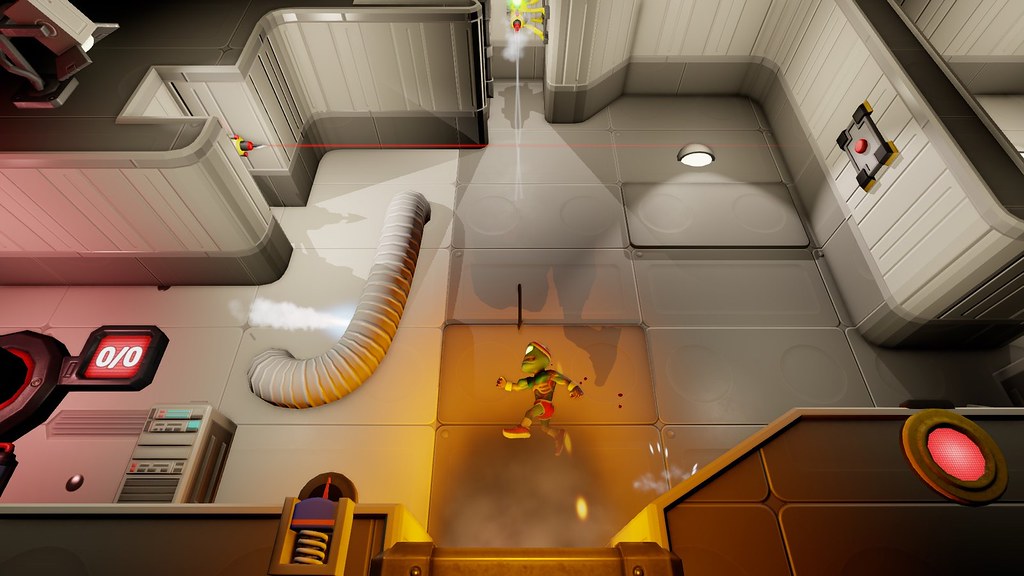 During early development of the concept we considered whether the gameplay would be based on the player controlling each character running and jumping to activate the various tools they had placed down (Kind of like a self-destructive Super Meat Boy!), but after playing with the idea we didn’t feel it gave the player the strategy we wanted.

Look out for more information about the game as launch approaches.