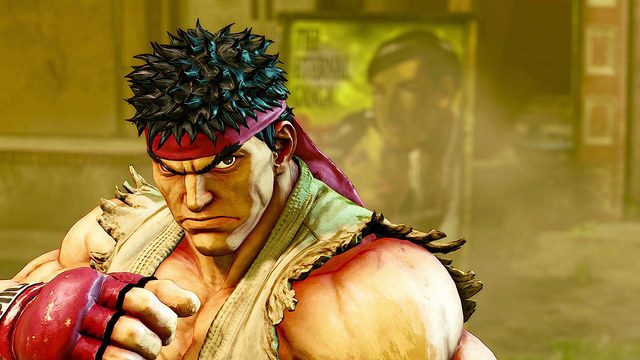 One of the most iconic names in fighting returns to the ring this week with new characters, new modes, and gorgeous visuals. Street Fighter V launches on PS4. You better start practicing…

Street Fighter V continues the long-running gathering of the World Warriors, both new and old. Fan-favorites like Ryu, Ken, Chun-Li, and Dhalsim face off with newcomers including Rashid and Laura. Fight against friends locally or online with individualized V-Skills and V-Triggers, or practice with a robust training mode.

Also up for grabs this week is the open-world pirate sim Pixel Piracy, and the retro-inspired zombie survival of The Escapists The Walking Dead. For a full list of new games, read on. And enjoy the Drop!

Players take on the role of iconic protagonist Rick Grimes as he wakes up in the Harrison Memorial Hospital. The levels follow the timeline of the comics, seeing Rick travel to various locations such as the Greene Family Farm, Meriwether Correctional Facility, Woodbury, and Alexandria.

A tragic past. An unfinished painting. And a crumbling psyche. These are the core elements that make up the setting of Layers of Fear, a new psychological horror game coming to PS4.

Mitsurugi Kamui Hikae is the story of a demonic sword, and the young warrior who stole it for her own ends. Hot on her heels is our main character, and her best friend. Once friends, but now forced to fight each other, players will cut their way through arenas filled with monsters, robots, and thugs in need of a good slicing.

If you like pirates, this is the game for you. If you like the sound of recruiting a motley crew and sailing the seven seas in search of booty, other pirate crews to kill, chasing chickens, building your ship block by block, cleaning the poop deck, boarding enemy ships, then jump aboard.

Explore a fascinating world and fight deadly creatures in turn-based battles. Visit towns and shop for new equipment, upgrades and skills. Six playable characters await you in a beautiful role-playing game that lasts more than 40 hours.

A kleptomaniac, a sociopath, and a horrible friend. Randal is potentially one of the most scurrile protagonists since the invention of the hoverboard. Randal’s Monday is a crazy space-time odyssey in classic adventure design, spiced up with countless geek culture references of the last 30 years.

The legendary fighting franchise returns! Stunning visuals depict the next generation of World Warriors in unprecedented detail, while exciting and accessible battle mechanics deliver endless fighting fun that both beginners and veterans can enjoy.

Prepare to Blast with Red the Imp — a mischievous little rascal with a ferocious appetite for chilis. He has been tasked with lighting up the skies to keep the party going and he plans to spice up the night before the sun comes out.

Kevin Flynn… he is a legend. The man came up with so many ideas. The world needs to see them. See what they tried to hide. So much unseen for so long. Here it is. The truth. Run program.