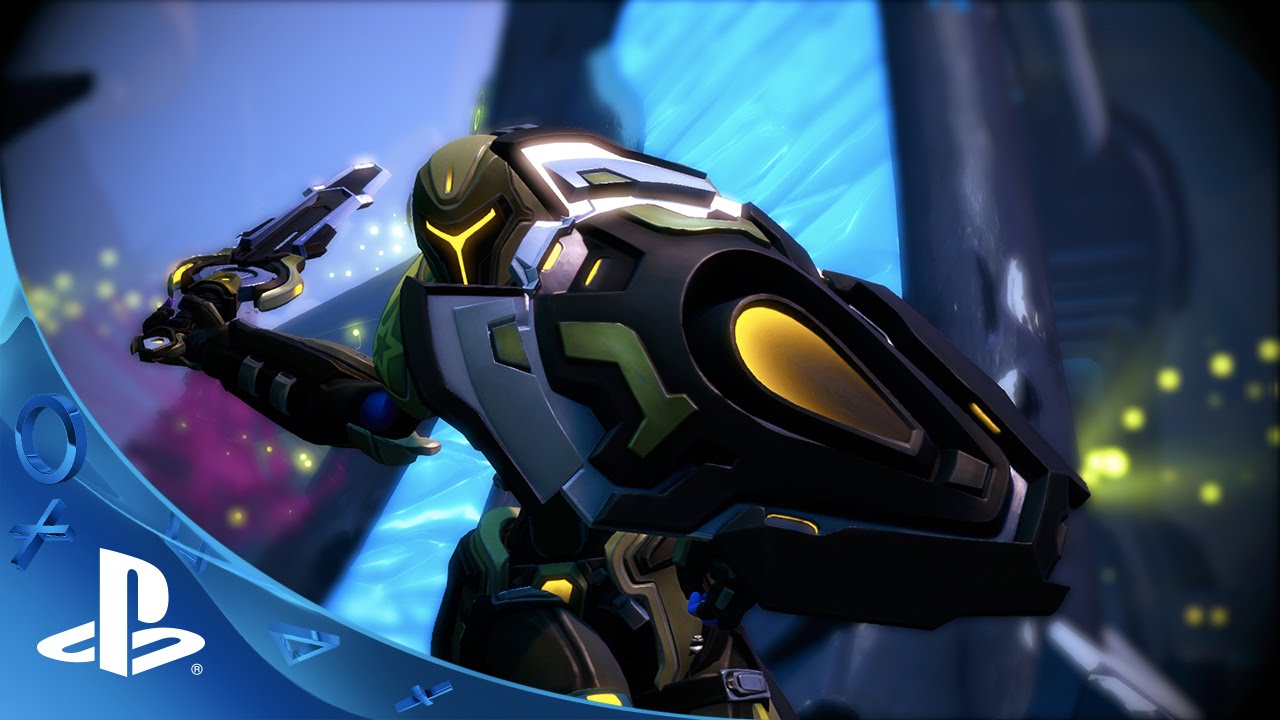 Let’s recap for a second. So far, we’ve introduced you to 18 of the 25 playable heroes in Battleborn at launch: axe-wielding dwarves, mountain men with miniguns, sentient mushrooms, laser sword space vampires… oh, yeah, and a penguin-piloting a mech suit — all fighting to save the last star in the universe.

Today, we’re introducing you to two more Battleborn heroes: Attikus and Galilea. If you’ve ever wanted to play as hulking monsters on the battlefield (in more ways than one) we’ve got your new mains right here. Learn how you can get the most out of them, whether you’re playing solo, splitscreen, or 5-player co-op in Story Mode, or teaming up with buddies in the three unique competitive multiplayer modes.

Slave. Laborer. Greatest warrior among the Jennerit underclass — the Thralls. All his life, Attikus has been told what to do, shoved into the deepest mines of Tempest, and kept down. Thanks to an experimental biotech harness, this already-imposing brute was given the one thing the Jennerit didn’t expect: intelligence.

Main Attacks
Barefisted Brawling (R2): while his normal fist would just as easily knock you out, watch out for when his abilities are fully charged. You’ll be seeing stars as his enhanced hand delivers a burst of shield-draining damage.

Charged Hook (L2): Hold back for a couple seconds and Attikus’ high-octane haymaker delivers a world of pain. To your face.

Abilities
Pounce (L1): Just because this beast is huge doesn’t mean it can’t move. Attikus can leap to a target location and knock foes back.

Hedronic Arc (R1): That metal arm grafted to Attikus’ body? He uses it to shock enemies when they come in for a closer look.

Hedronic Collector: A fringe benefit of the biotech harness — his passive ability can syphon energy from killed enemies. Once enough energy gets collected, he can pay it forward, juicing up the next skill he uses and making it even more powerful.

The best tactic for fighting against Attikus: keep your distance. Stun, slow, or shoot at Attikus — just keep him out of arm’s reach!

GALILEA, THE WRAITH OF BLISS

A sacred order within the Eldrid, the Arbiters of Being were charged with undermining the Jennerit Empire’s technology, and Galilea was its most promising warrior. Entrusting her with a long undercover mission, Galilea was embedded within the Jennerit and worked her way through the recruits of the Silent Sisters.

During an attempt to sabotage their Sustainment technology, Ambra discovered and attacked Galilea, mortally wounding her. Once a close friend, Ambra attempted to use Sustainment to save Galilea’s life but it was only partially successful. Now unstable, immortal, and reeking of life-draining dark energy, Galilea is at war with herself and her new powers as she hopes to find a new purpose among the Peacekeepers.

Main Attacks
Wraith’s Greatsword (R2): she may be a fallen holy warrior of the Eldrid, but Galilea is still incredibly handy and swift in close combat.

Sentinel’s Greatshield (L2): when Galilea is ready to wade deep into combat and stare her enemy in the eye, nothing’s better than a shield for deflecting blows and defending allies.

Abilities
Shield Throw (L1): that shield Galilea wields can do a lot more than simply absorb damage — give it a toss and share the pain! And, no, she has nothing to do with a certain someone that rhymes with Shnaptain Shamerica.

Desecrate (R1): always ready for a sword fight, she curses the ground beneath enemies to amplify damage against them.

Abyssal Form (Triangle): Take personal time-out with this ability. Galilea’s ultimate ability explodes into dark energy allowing her to take a break from the action or run for cover. During that time, she takes reduced damage and regenerates a huge chunk of her health.

Corruption: the more that she connects blows and uses skills, Galilea’s Corruption grows. Once charged, she begins projecting a passive aura that drains the health of nearby enemies.

The best tactic for fighting against Galilea: keep your distance, attack from behind where she can’t block with her shield, and keep her on the move so she can’t bunker down with Desecrate and Corruption.

Keep your swords sharp and your spells primed, Battleborn’s Open Beta is coming later this year on PS4.

And don’t forget: PS4 players get early access during the upcoming Open Beta, and as a special thank you to all those PS4 players who participate in the Open Beta, you will receive a bonus 26th Battleborn hero after the game launches on May 3rd, 2016.

To qualify for and redeem the bonus reward, PS4 players must log in to their purchased version of Battleborn using the same Shift account they played with during the Open Beta.

You can pre-order Battleborn now on PlayStation Store!