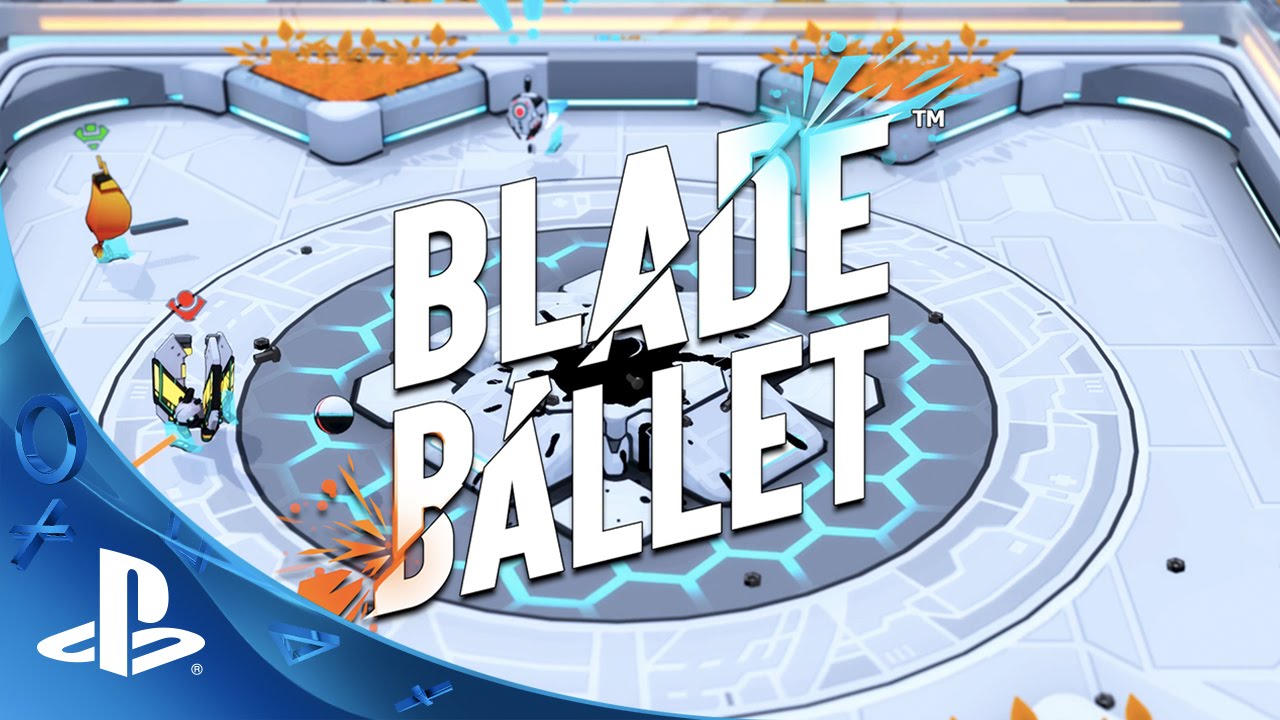 Hello all, I’m Kevin from DreamSail Games and I’m excited to announce that our studio’s first game, Blade Ballet, is coming to PS4 this Spring. Take a look at our trailer to see our four-player, whirling robot deathmatch in action.

Blade Ballet indulges your heart’s deepest, hidden desire of controlling adorable robots as they spin, slash, and stab each other to bits. Each bot taps into a unique slice of our team’s crazy ideas about futuristic combat. Sneaky cheaters bypass shields. Demolitions experts bent on destruction hurl explosives across the screen. And my personal favorite smashes its competitors with a giant wrecking ball.

The battle arenas are even more insane than the bots. Crush your friends on indoor ski slopes while dodging robo-trees and surprisingly dangerous cardboard cutouts of humans. Battle in an AI storage core and use giant push-button lasers to obliterate each other. Master each level’s mechanics to emerge from brawls victorious.

Blade Ballet didn’t start out as a “real” game. One night at PAX Prime, our programming team made a quick demo of two cubes that could move and spin, possessing swords and the ability to destroy each other. We ended up playing that little prototype for hours, satisfied by the graceful kills we executed even as awkward little cubes.

When we got back to the studio after PAX, we decided to spend some time building out the concept and eventually put it into full production. Five months later, we’re thrilled to be nearing the finish line.

What the Future Holds

We made this game with brawler multiplayer in our hearts. All of us here at DreamSail have fond memories of smacking controllers out of our friends’ hands and taunting them with our real-life victory dances, and we’re excited for Blade Ballet to create even more of those moments.

PlayStation has shown great support for indie multiplayer fighting games on PS4, and we’re proud to be in good company. DreamSail is invested in building a community to bring people together to play great multiplayer games. We’re also excited to take our game beyond the couch, and are hard at work putting together an online mode.

We have way too many ideas for bots and arenas to get them all in before launch, so we will be supporting Blade Ballet with content for months to come. These bots and arenas will be included with the original game, so don’t worry about going over to a friend’s house and not having a full roster. We’re cramming tons of stuff into the game over the next few months, so follow our development and let us know what you think.

At DreamSail Games, we care most about multiplayer experiences and creating games that are best played with others. We think our bot bash battler is a great way to introduce you to what we have to offer.

Look for Blade Ballet this Spring on PS4, and thanks from all of us at DreamSail for reading!