Control Time in Gemini: Heroes Reborn, Out Tomorrow on PS4 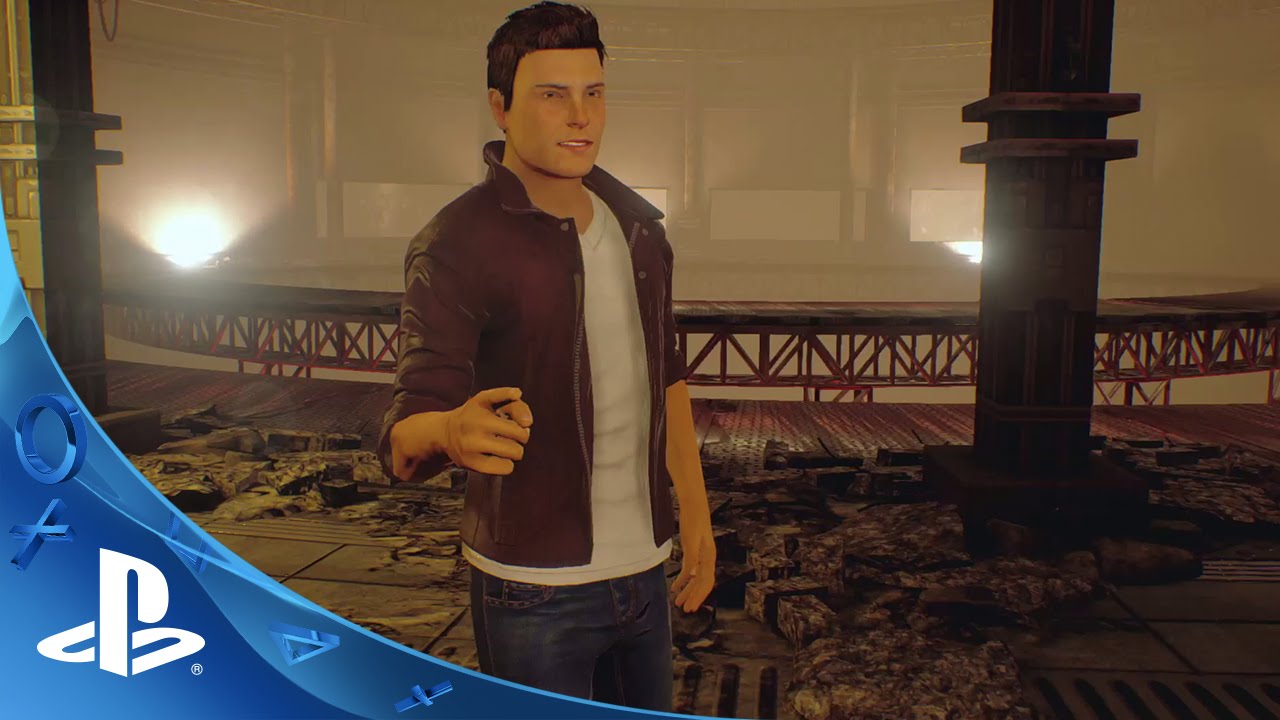 Hi! I’m Steve Bowler, lead designer on Gemini: Heroes Reborn. I’m here to share a few things about our game (which launches this week on PS4) and the way we designed it.

The Interface Should Be So Natural You Don’t Notice It

Gemini has what designers refer to as diegetic UI. Which means the game’s UI “has a reason to be displayed in the game world.” When we first started on the project, the fitness wearables market was heating up. So we did a prototype of what “Apple Glasses” might look like as the player’s main visual user interface.

I imagined SMS text bubbles as a way to cover subtitling, health apps running in the corner could monitor your vitals, etc. We wound up with something that is unobtrusive and effectively communicates the game data the player. It’s also cool how the player comes across the interface in-game. It’s natural and happens in a way that adds to the excitement of the moment when they’re sprung on you. It’s not every day we get to tie the UI into the game’s mechanics and narrative, so this was a really fun experiment.

You’ve seen Everything is a Remix, right? No one invents something 100% original, so when people ask what influenced design decisions, I like to be honest. We didn’t want to be a direct damage powers game. Be it guns, laser beams, breathing fire, etc. To stand out we had to not compete with other best-of-breed first-person combat games.

Environment Navigation: A Lighter Mirror’s Edge
We hate it when the player runs into one of those “I could easily get over this obstacle in real life” game-isms. And I’m not just talking about railings. If there’s a 6 foot high wall, any remotely athletic individual should be able to grab and pull themselves up. Our solution was to “look into” Mirror’s Edge (one of our favorites) to see how they were solving edge-finding for player navigation.

They used a no-mark-up system of ray and box traces to find real-world edges, and if the player pawn bumped into one in the correct way, the game would pull the player up. We mocked up a similar system and were scaling cargo containers and grabbing perilous ledges with our fingertips in no time!

Time-shifting: Yes They’re Portals
To differentiate Gemini from other super power based games we use a Time Travel ability. When first-time players shift from the ruined Present location to the pristine Past, everyone gasps. It definitely leaves an impression. It also allows us to craft some neat puzzle elements that players probably haven’t experienced yet.

For example, making them go back in time to a point where a blocked door in the present was left open in the past. It also allows for a quick retreat when necessary. It forces players to think spatially, and temporally, similar to how people would play Portal. Stop. Think about where you want to go and how you would get there. Then execute the plan.

BioShock Hands; Elizabeth’s Tears
Every time our player’s hand comes up to do an ability, everyone likes to point out “So, BioShock, eh?” Yup! Look, BioShock didn’t invent waving the player character’s hand in front of the face, but they took it to new communication heights. So we leaned on what they started and went from there.

We also borrowed from BioShock Infinite. Our Time Scout ability lets you peek through time so you can “look before you leap.” Infinite has this with Elizabeth’s Tears. However, hers happen at an explicit point in a level and the narrative. Ours is a game mechanic that you could use however and whenever you want, not a narrative plot point. For example, follow a guard who is walking in the Past while you’re in the Present in order to time your jump.

From day one we decided to make a conscious game design decision: the player can’t use a gun. Period. If you suddenly had amazing superpowers that allowed you to bend reality, stop time, catch bullets, and throw vending machine sized objects using your mind, you shouldn’t need to use a gun. They’re way beneath you on the power scale. And if you were an everyday college student like our character, could you even use one effectively?

This isn’t Our First Superheroes Rodeo

Our desire to have player intent and game mechanics (vs. Narrative) drive the minute-to-minute player choice is because of our pedigree. While at Midway games we worked on a project called Hero. After founding Phosphor Games we decided to try and recreate it as “Project Awakened.” It was a game about hero character customization and ability choices. As it turns out Tim Kring saw it and approached us to do Gemini as a result.