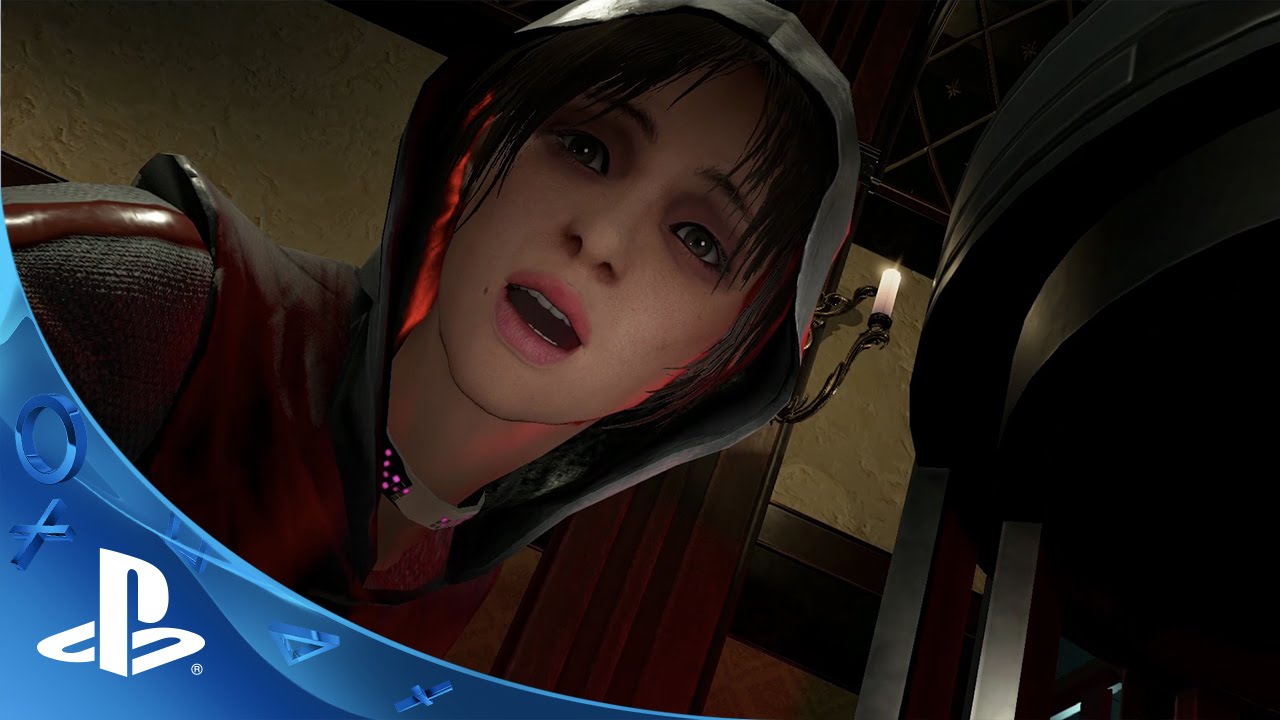 Howdy folks! This is Paul from Camouflaj. I’m really excited to announce that Republique will be coming to PS4 on March 22nd!

Every episode introduces new enemies, environments, puzzles, and thematic elements, all feeding into a heavy commentary on privacy and security in the internet age.

You might be surprised to read this, but the decision to bring Republique to PS4 was not an easy one. As many of you already know, our team here at Camouflaj puts a lot of thought into input methods and what that means for the player’s role in the story. With the mobile release, we labored over a “one touch” control scheme, and then with the desktop release, we transformed the game into a hotkey-friendly mouse and keyboard experience.

Everything started with a secret prototype that Ryan, one of our designers, was quietly working on with Paulo, a programmer friend from Brazil. Ignoring suggestions that the game should play like a console RTS (with players issuing simple commands for Hope) or that we shift the game into an over-the-shoulder action game, Paulo and Ryan set out to give players complete control over Hope, much in the fashion of our favorite 32-bit games like Metal Gear Solid, Parasite Eve, and Deep Fear. After about a month of experimentation, it was revealed to the team.

The turning point for the project was PAX Prime. Thanks to GungHo, Republique had a huge presence at the show with twenty playable PS4 stations on display at their big purple booth. Not only was it a relief to see players seamlessly control the game with DualShock 4, but it was a rare opportunity to connect with fans of the game.

I don’t want to get too technical, but I do want to point out a few key components that fuel the PS4 version. Firstly, we built a cover system from scratch with new, motion-captured animations. The fixed camera perspectives — which were my biggest concern initially — ended up being a huge asset. The analog controls flow naturally from one perspective to the next without impeding player movement, a trick we learned from playing a lot of old school Devil May Cry.

With the March 22nd release of Republique rapidly approaching, it’s a thrill that we’re able to crash the party on PlayStation.Blog today and announce that not only is GungHo releasing the game both digitally on PlayStation Store and physically in retailers, but that both versions will have access to new and original outfits for Hope.

Whether you’re a fan of those games or not, Republique’s hard-hitting story and voiceover performances from industry legends like Jennifer Hale, David Hayter, and Dwight Schultz really stand on their own, all held together by Rena Strober’s breakthrough performance as Hope.