The Legend of Heroes: Trails of Cold Steel Out Today on PS3, PS Vita 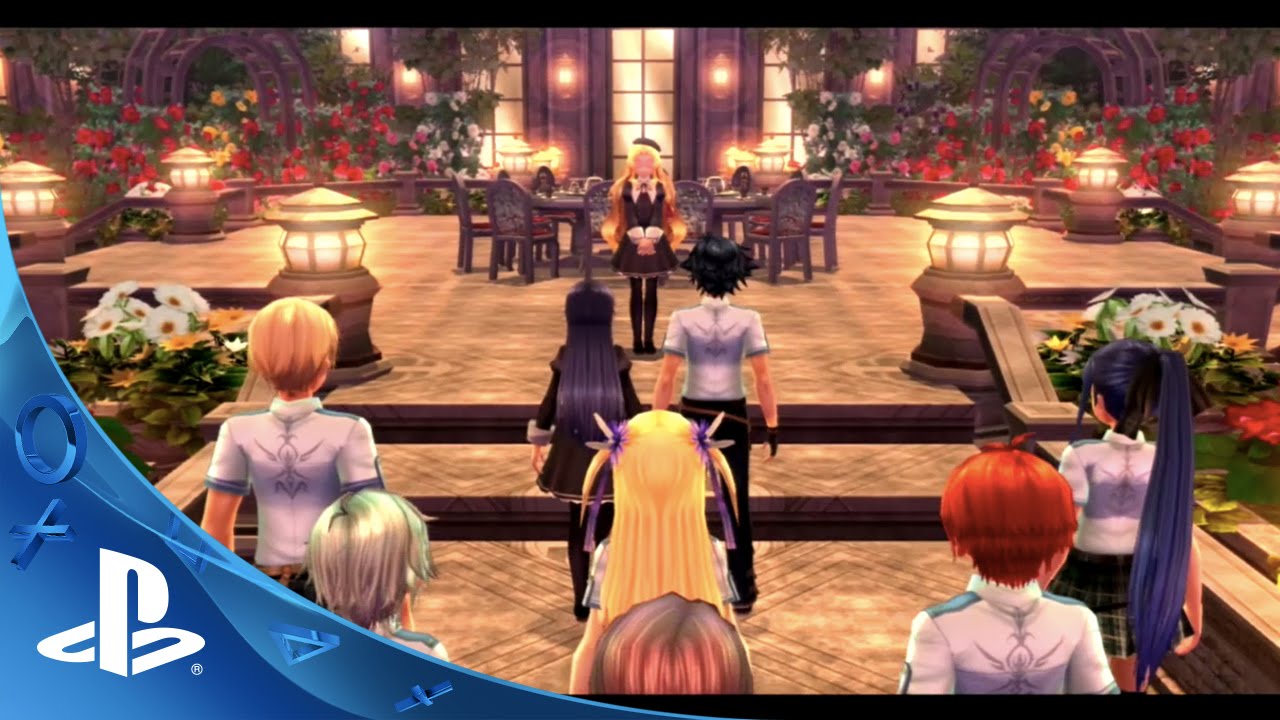 Hi guys, this is Brittany, Production Coordinator and Unofficial XSEED/Falcom-Hybrid Super Fan for XSEED Games. After many crazy years figuring out how to best wrangle what we dubbed the “Curse of Kiseki,” The Legend of Heroes: Trails of Cold Steel launches physically and digitally for PS3 and PS Vita today, complete with cross save support. Hell yeah.

Because this series has grown leaps and bounds over the years, becoming significantly more in depth with each new entry, newcomers to the Trails series might find themselves unsure of where to start. What’s this “Cold Steel? Is it related to Trails in the Sky and Trails in the Sky Second Chapter? Where should I start?

Well, worry not! I’m a licensed professional in Trailsology, and I’m here to not only give you an introductory overview of Trails of Cold Steel, but of the series as a whole.

Many moons ago, before I started working at XSEED or knew a thing about Trails’ existence, XSEED Games posted a funky, hand-drawn chart about the series’ developer, Nihon Falcom, and their many games over the years. It looked a little something like this:

As you can see, things started with Dragon Slayer, then it spun off into The Legend of Heroes series, which then formed the Trails series within The Legend of Heroes, which has since then also been given its own… inbred spin-offs. Rad as all those games before Trails are, none of them are necessary at all to start Trails. Trails does reference those games on extremely rare occasions, but it’s so insignificant that it’s clear at this point Trails is meant to be its own, 100% standalone beast. In short: ignore everything that’s not listed below.

Without further ado, here’s a basic outline of the main games in the series, ignoring spin-offs:

The most well-known arc in the West. It took us nearly four years to localize and release game two, Trails in the Sky Second Chapter (“SC”), which finally made its debut in English this past October. It’s worth noting that Trails in the Sky’s first and second chapters conclude the main story English fans started. Sora no Kiseki 3rd has a different main character.

We’ve written a tiny bit about where this arc takes place on Trails of Cold Steel’s website, but only because arcs 2 and 3 take place at the same time. We’ve also written about why we jumped from arc 1 to arc 3 in English, which you can read here.

Hey, look! It’s the arc I’m supposed to be telling you about now!

The Trails series takes place on a single continent called Zemuria, and each arc is generally divided by locations within said continent. To put into perspective how large this series is, as of the seventh game in the series, we still don’t have a full map of Zemuria — forget the entire world.

Each arc has its own story, but there’s also an overarching storyline that Falcom has claimed is a little over halfway finished. Thankfully, due to how this overarching story has been handled so far, newbies can jump into the beginning of any one of these arcs completely blind and then go back to other arcs to learn more about the world of Trails as a whole. About 2.5 in-game years have passed as of the seventh game. It’s unbelievable how much Falcom has managed to pack in such a short time while still giving curious, new fans plenty of openings to get familiar with the series.

Without even counting the currently Japanese-only titles, the four games in the series launched or confirmed to be coming to the West in English — Trails in the Sky, Trails in the Sky Second Chapter, Trails of Cold Steel, and Trails of Cold Steel II — total up to approximately 7.85 million Japanese characters. And remember, Japanese is a language where you can explain so much in a single character that twitter’s 140 character limit pretty much gives you license to write a novel in a single tweet.

The Legend of Heroes: Trails of Cold Steel

To reiterate what is written on our gorgeous website, The Legend of Heroes: Trails of Cold Steel takes place inside one of the countries within Zemuria, the Erebonian Empire. Being a country historically wracked with war, it is now known for its incredible military might, making no shortage of enemies across the continent in years past. And while it has modernized itself in some ways, it is also dreadfully dated in others.

For one, the nobility have always had the upper hand over the common folk, and to keep things that way, they’ve formed the Noble Faction: a united force dedicated to keeping the balance of power within Erebonia as it always was. Opposing them stands the group known as the Reformist Faction: self-proclaimed “men of the people” who strongly believe the country should move with the times and minimize — or even outright eliminate — the political influence of the aristocracy.

Whether they’ll succeed or not remains to be seen: even now, every commoner is brought up to know their place as beneath anyone of nobility.

Players will start with Rean Schwarzer, a 17-year-old student beginning his first year at an esteemed military school known as Thors Military Academy. While the school accepts both nobles and commoners alike for lessons ranging from history to engineering to combat instruction, like everything else in the Empire, these groups have been divided by class.

That changes this year: for the first time in the academy’s history, Rean is one of nine students introduced to a brand new class — Class VII — that places importance on skill over rank. The intent behind this mishmash of nobles, commoners, and even foreigners, is to travel all across Erebonia as a group, overcome mental boundaries set in stone since birth, obtain new perspectives from vastly different lifestyles, and personally see the effects of the political strife that has strained the country to its very core… and maybe do something to fix it.

New to the series is the Combat Link system, which allows characters to “pair up” in battle. As each pairing’s link level is increased through experience points or story-intensive, character-driven bonding events, characters will be able to help each other out in various ways during battle.

Not so new — but still awesome — is the magic system, known as the Arcus system for Cold Steel, but it’s seen its fair share of sleek and sexy changes. Get ready to collect and customize characters with dozens of magic attacks, known as “arts,” alongside the many skills unique to each party member, called “crafts.”

As a major, major fan of game lore and detailed politics, this game stole my heart from the get go. As a major fan of things like the Tales of series’ character development, Falcom once again did not disappoint me with Cold Steel. And now that it’s out in the West, I’m going to do what all good nerds do and Platinum it. Again.

As much as I’ve written here, I’ve never been the lead editor for any of the games in the past. I’ve always been the one to help with lore or talk nonstop about things that have happened. For folks wanting to dive into Cold Steel, know that we’ve started the translation and editing process for Trails of Cold Steel II, so the wait shouldn’t be agonizing. I hope. Trails of Cold Steel II also marks the first time I’ve been granted the position of lead editor for the series, and though I protested for weeks due to feeling more than a little unworthy of working on what became my favorite ongoing series, I accepted after being bribed with free food.

This is something of an experiment for us, but I plan on using my position to be as open about our schedule and progress as I possibly can. If this ridiculous blog didn’t make it obvious enough, I love this series so, so very much, and if keeping an open channel with new and old fans is what I can do to keep this series alive in the West, I’m more than happy to talk until my face turns blue.

Barring limitations with that pesky little thing we call an NDA, you’re free to ask me whatever you please about the series. Or hey, maybe you’re a longtime fan who remembered something that one NPC said in that one line in that one game that kinda sorta maybe could possibly be foreshadowing something that likely hasn’t been explained yet and you want to email us in a panic to make sure we didn’t forget that in the English. That’s cool, too — as a fellow fan, I understand.

To me, Trails is and always will be a group effort, and while we at XSEED do localize the final product ourselves at the end of the day, I want you guys to feel like you were part of making that happen in the first place.

As the school motto in Trails of Cold Steel’s Thors Military Academy goes: “Arise, O youth, and become the foundation of the world.”