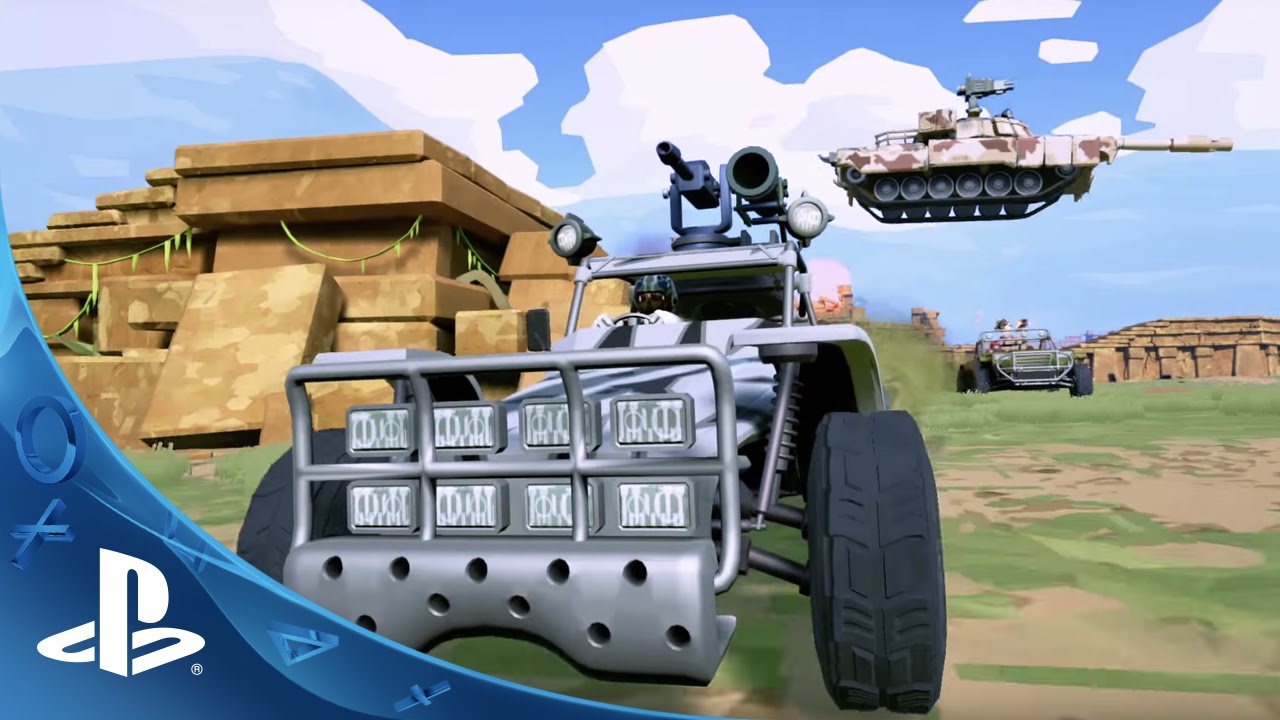 Locked, loaded, and engines firing. The lights are green and we’re good to go. Hardware: Rivals is coming exclusively to PS4 on January 5th, 2016 for $19.99 — and we’ve got some new updates to share with you today.

For those of you new to the game, Hardware: Rivals is an explosive, over-the-top, vehicle combat game where you pit yourself against other drivers in heavy tanks or fast attack vehicles. Battle online through multiple maps, game modes, challenges, and special events. As you take down your enemies, you will collect bounties for hunting your biggest rivals. You can play as a lone wolf or as part of a team.

We’ve been busy tweaking the game based on your feedback from October’s Beta trial, and also putting the finishing touches on a ton of new stuff. We’ve added another map, Outpost 92 — a frozen, deep core mining facility drowning in snow and ice, cut off in the face of an onrushing blizzard. It’s the ideal place to try out our new vehicles: the Sledgehammer (Tank) and Nomad (FAV). They’ll be lining up alongside the Predator and Wraith, ready for you to unleash devastation.

All four vehicles can acquire a whole load of skins and add-ons that you can use to customize the look of your vehicle. Whether you want to trick out your Hardware with a bunch of military gear, or just put a hula-skirt on your tank, there’s something for everyone. You can also upgrade the handling and weapons systems of each vehicle, catering for whatever engagement style suits you best.

There’s more game content coming very soon after launch, including new maps, vehicles, and game modes that we’ll be patching in as quickly as we can. We’ll also be publishing unique community events each week, mixing up modes, weapons and rewards, so keep an eye on the PlayStation community forums for more updates and previews from the dev team. We also put together a community Q&A based on some popular questions we received from our fans.

We appreciate the feedback and excitement we’ve received for Hardware: Rivals, and can’t wait for launch day to arrive. Keep the comments coming — we’re always listening.