Gone Home on PS4 This January 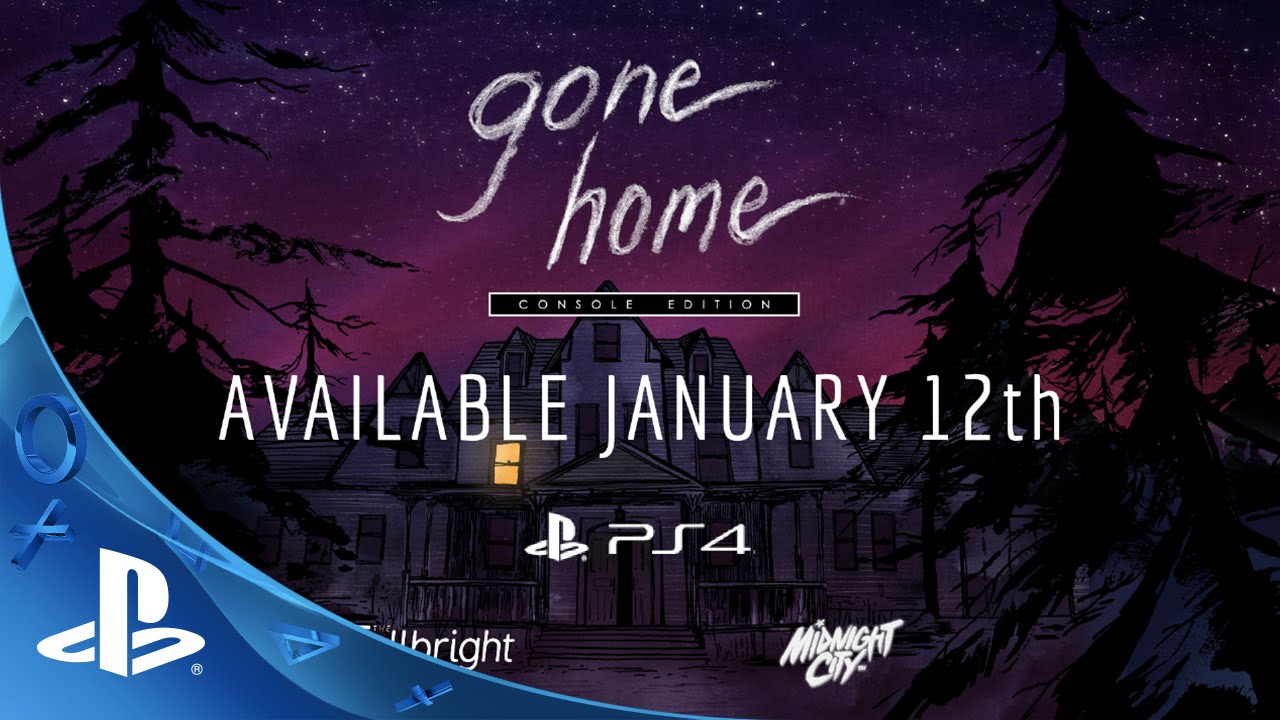 Hi all! I was one of the creators of Gone Home, an award-winning, story-focused indie title that made a splash a while back on PC. It’s a game where you explore story, interactively—it’s the very human story of one family and what they’ve left behind. Ever since we first launched Gone Home on PC we’ve wanted to bring the game to more players, and today I’m psyched to announce that Gone Home is making its way to PS4 this coming January! I recorded a personal message about this exciting news—check it out below:

More than anything, we’re incredibly grateful for the passionate audience of fans that have fallen in love with Gone Home since its release. The ways that Gone Home has connected with so many people on a personal, emotional level just means the world to us. And so our goal with bringing the game to consoles wasn’t to alter or add extraneous stuff onto an experience that already holds a special place in so many players’ hearts—instead, it’s been our mission to translate the original PC version as perfectly as we can, tailoring the game to feel native to new platforms. We’re going the extra mile to make this the very best Gone Home experience you could hope for—and we’re so excited for the PlayStation audience to discover the game’s mysteries anew as they explore the House on Arbor Hill.

Of course, it’s not just the core story that Gone Home has to offer: We also recorded more than an hour and a half of behind-the-scenes developer commentary from the team that created the game, as well as the talented voice actors and musicians that brought the experience to life—including in-depth insight from Sarah Grayson, the voice of Sam Greenbriar; Chris Remo, who composed our musical score; and original riot grrrl musician Corin Tucker, the lead singer of Sleater-Kinney. Gone Home is a small but dense creation filled with the art and expression of so many talented individuals, and we’re really excited to give players an even more intimate view into how this game came to be.

In the time since Gone Home was originally released, there’s been an outpouring of requests from fans asking for the game to appear on their platform of choice—and we’re so happy to be able to finally come through for them, and bring this one-of-a-kind experience to PS4. Have a very happy holiday season, and we’ll see you on January 12!