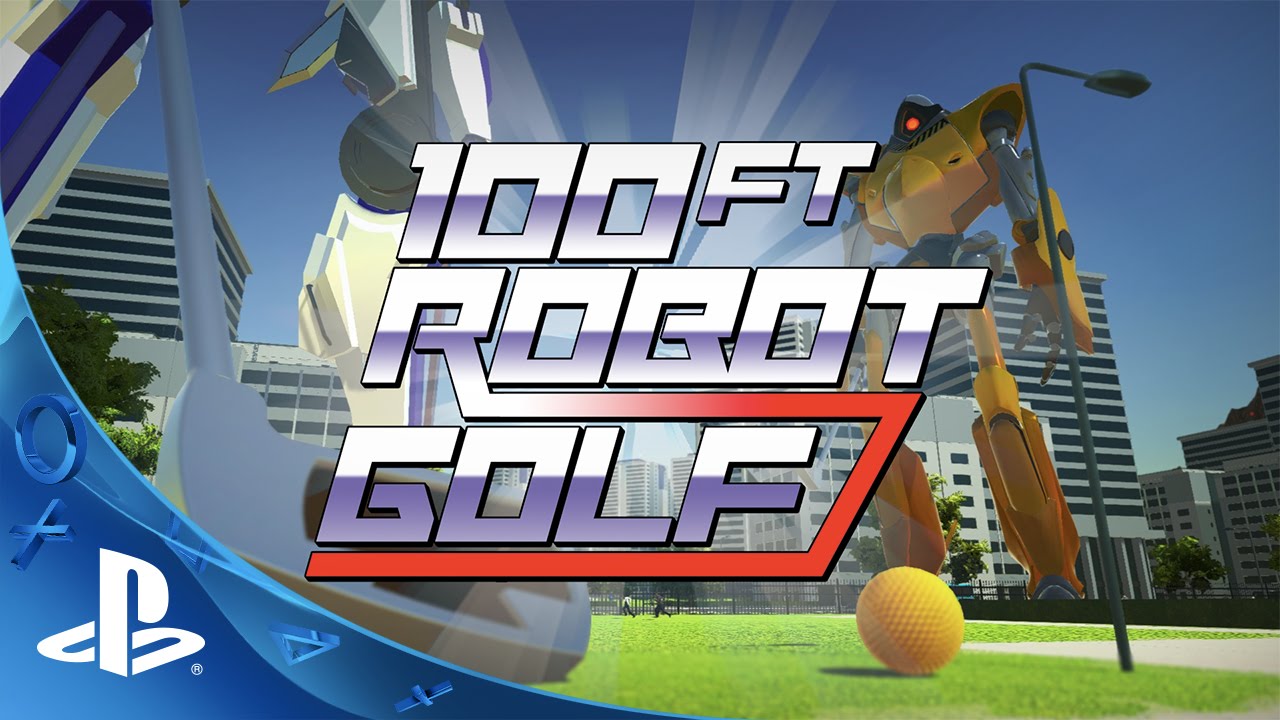 Dan Teasdale Co-founder at No Goblin

Hey there, PlayStation.Blog pals! Panzer and I are incredibly excited to show you the next game from No Goblin: 100ft Robot Golf.

I love telling people about 100ft Robot Golf, because the name instantly describes what this game is. It’s impossibly huge robots playing golf! The twist is that not only are the robots directly controllable in real time, but they’re playing golf in a fully destructible environment. You can now destroy that pesky obstacle that’s blocking your shot to the green, or even push it in the way of one of your golf buddies!

We’re pulling out all the stops to make 100ft Robot Golf really fun to play with friends. You can tear up the town with up to four people taking turns, in real time splitscreen, or even online. We’re also super excited to reveal that you will also be able to control a golf club wielding robot using the PlayStation VR headset! There’s nothing quite like donning a headset to take control of a huge robot with a singular purpose lowering a golf handicap.

If you feel like going solo, 100ft Robot Golf also includes a unique campaign mode that allows you to live the stories behind some of the world’s most famous robot golfers. You’ll be able to live the intrigue, love, and action of being a robot golfer through the magic of ’90s style mecha animation. Finally, the high stakes drama of saving the entire universe is now applied to needing to sink a birdie on the 18th hole.