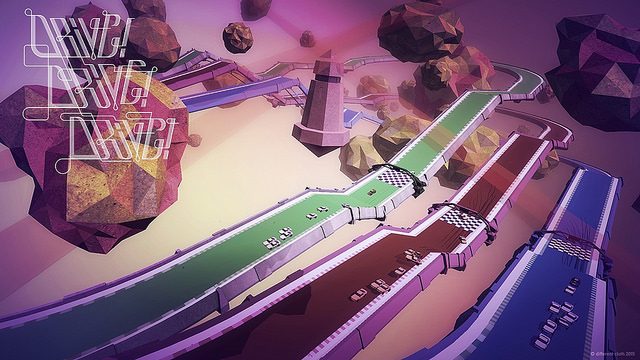 Greetings, PlayStation fans! I’m Dant from Choice Provisions, the developer formerly known as Gaijin Games. Although we’re probably best known for the Bit.Trip series, we’ve been hard at work on a variety of new games that branch out greatly from our previous works. If you’re at this year’s PlayStation Experience, you’ll have a chance to play several of these games! And if you’re not at PlayStation Experience, then here’s a quick breakdown of everything we have in the pipeline!

First up is a game that A) hasn’t been announced yet and B) is available now on PlayStation Store! Introducing The Bit.Trip, a collection of all six classic Bit.Trip games: Bit.Trip Beat, Bit.Trip Void, Bit.Trip Core, Bit.Trip Runner, Bit.Trip Fate, and Bit.Trip Flux.

The Bit.Trip is available now on PS4 and PS Vita (And coming soon to PS3!), and features cross buy, cross save, cross-platform leaderboards, cross-platform Trophies, and probably some other cross- stuff I’m forgetting about. It’s the perfect product for veteran fans of Bit.Trip as well as those looking to dip their toes into the series for the first time!

Those of you attending PlayStation Experience will have the opportunity to play The Bit.Trip. Actually, everyone has the opportunity to play The Bit.Trip. I forgot the part about it being out now.
Next in line is Space Dave, the spiritual successor to the hit game Woah Dave! It’s a modern take on the fixed shooters of yesteryear, where players must defend their ground against an alien onslaught.

Taking a page from classic arcade games, Space Dave offers a seemingly infinite variety of weird and challenging alien types with varying attack patterns. If you manage to survive long enough, you just might be able to build up your arsenal and collect enough power-ups to turn the tides against your would-be alien captors. That is, until the bosses show up…

Space Dave is coming soon to PS4 and PS Vita!

Our third curveball is DriveDriveDrive, a game about racing cars on multiple tracks at the same time. It’s a crazy concept, but it’s made easier by the fact that you’re able to switch between tracks at any given time. And when you switch away from a particular track, the AI takes over for you.

Unfortunately, the AI isn’t what you’d call competent. It’s what you’d call incompetent. Because of this, you must be diligent about swapping between tracks throughout the race. We’re confident in saying there’s never been another racing game like this!

DriveDriveDrive will boast all of the Modern Video Game Features the kids are clamoring for: online multiplayer, a single-player campaign, the ability to create your own tracks and upload them, and probably other things I’m forgetting.

Keep an eye out for DriveDriveDrive on PS4 and PS Vita in 2016!

Stay tuned for more information about Space Dave, DriveDriveDrive, and a few other games we’ve yet to announce! And, of course, feel free to ask us any questions you may have in the comments!