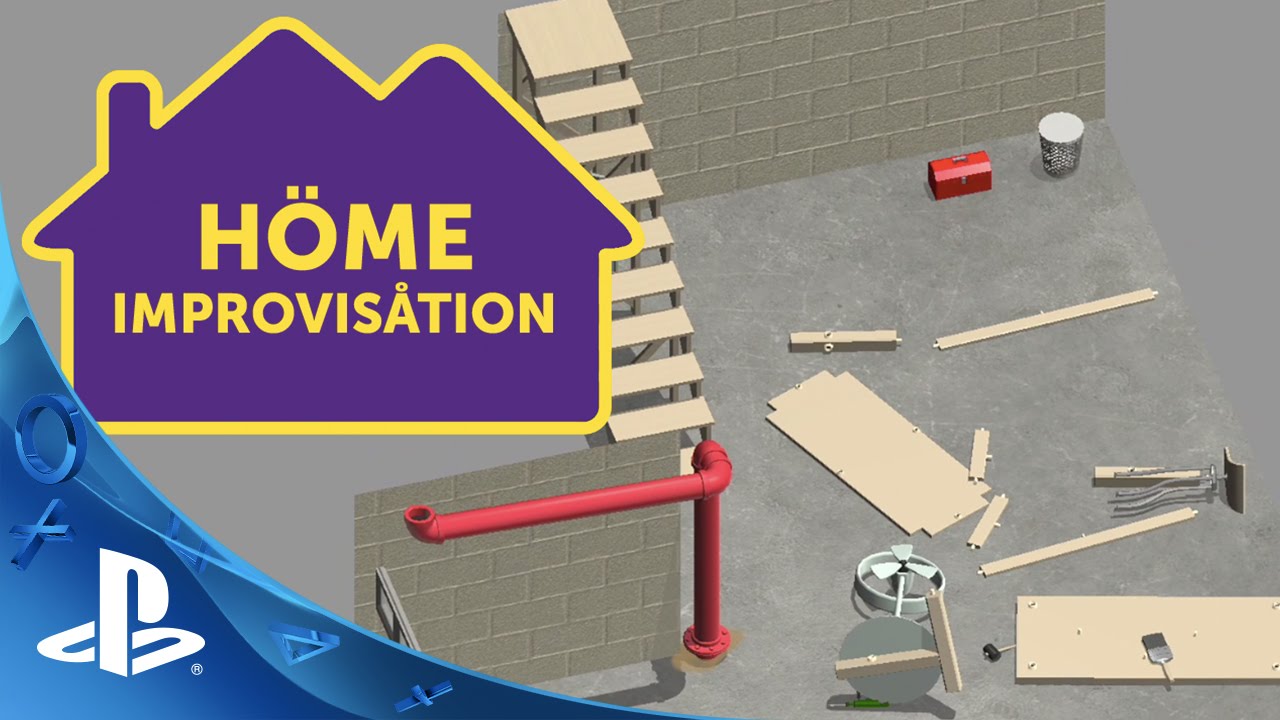 Since the conception of our furniture assembly simulator/domestic “modern art” engine, we’ve consistently had the most fun watching groups play it together. Over time, our focus on multiplayer has grown, and we’re happy to announce that we’re working on bringing seamless online furniture assembly to the world for the first time ever.

Yes, that’s right, in a few months you’ll be able to ruin relationships and build modern art monstrosities remotely, as well as in the comfort of your own home. In honor of this announcement, I’d like to shed some light on why we decided to prioritize online multiplayer, including a bit of our history with networked games that influenced our design process.

First, I’d like to take you back to before digital furniture assembly was listed on our resumes, before we were a company, and before we even graduated and entered into the games industry. As students, our team made a game called Black Oak Manor, an asymmetric multiplayer battle arena game with procedurally-generated haunted houses. It was great fun. We played it with our friends. It was a hit at campus demos and parties, and we were primed to keep working on it after graduation. We took the next step and submitted the game to a few indie events and festivals thinking that, in the worst case, we’d get some feedback from knowledgeable testers to help us along… right? Well, that wasn’t quite how it worked out. Here’s the entire text of the feedback we received from multiple festival submissions:

In hindsight, Black Oak Manor was unpolished and had considerable flaws, but there was one major pitfall that truly doomed the game from the start: nobody would go to the trouble of actually playing it. It required four players locally on one screen, with a single player networked in on a separate machine controlling the “boss” monster. You needed two machines, a network connection, four controllers grouped locally, and a mouse in order to play. In a way, the project was doomed from the start because we didn’t think about how our players actually wanted to use the game. We designed it as much for ourselves as for them, and we made it a hassle to interact with.

With Home Improvisation, we started off with a prototype that allowed players to switch seamlessly between single and multiplayer modes, and we went from there. At PAX East 2015, we found this format opened a lot of possibilities, and we spent the better part of the weekend watching total strangers drop in and out of games together, cooperate, compete, build on the creations of previous players, share knowledge, leave messages, destroy and transform previous players’ creations, and generally use the game in a lot of different ways.

At one point, an impromptu group of nearly 30 developers gathered around a single screen and engaged in the design of the magnificent “Chelfie” by committee.

We realized that Home Improvisation is not only a “sandbox” in the traditional “few goals” sense, but also that players, including total strangers, found completely novel ways to interact by using the game in different ways. That inspired us. We’ve made it our new goal to extend our sandbox into the online arena with as little friction as possible, so players can find infinite new ways to play and interact.

Our new online mode will feature seamless multiplayer drop-in and drop-out, and we look forward to seeing where players run with it. We also hope it proves to be at least as fun and diverse playing with strangers online as with friends locally.