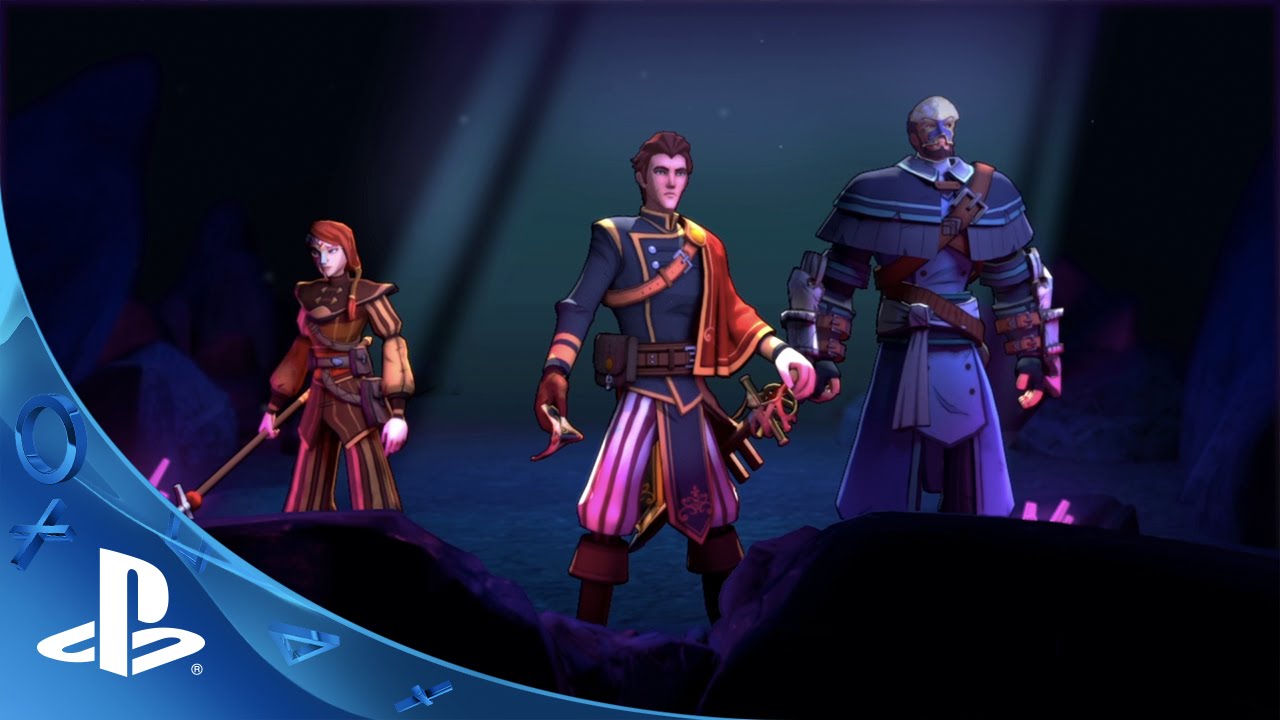 Having spent years playing Dungeons and Dragons, one thing always annoyed me: the power differential between spellcasters and the rest of the classes. As a DM, I had to figure out a way to have magic prominent without having my fighters and rogues stacking dice in the corner as a group of my goblins were being blown up by another fireball.

So, I took away the wizards and made magic something attainable by anyone who could get their hands on a mask. Players immediately began seeking out masks that enhanced their class abilities. Combat became a dance of steel and spells. And that, in turn, became the basis of what would become Masquerada.

Translating the tabletop experience to the screen would be a daunting task, but it was made far easier with the help of Nicholas Chan, our writer. He came up with the idea of using the arts as a kind of foci. Masks provide the raw power, but you need concentration to bend it to your will. Dance, song, and the focus of sports have translated well to how these mask users, these Masquerada, control their magic.

Sicarios, the assassins, dance around the battlefield, flinging spells from hand and foot. Pavisierres, the warriors, call power to their core like any good sportsman, before blasting it outwards. Last on the battlefield, are the Dirges — these men and women are best described as combat chaplains. While they fight with song and magic, their role on the battlefield is to record the deaths of their comrades. Morbid, sure, but we are creating a dangerous city, where death constantly creeps around the corner. All these abilities are tied together by the masks and their innate elemental abilities.

The team rallied around this core idea and gave it a spine with gameplay inspired by childhood favorites like Baldur’s Gate, Neverwinter Nights, and Dragon Age. Tactical Pause was the first thing we talked about. It gave our combat depth, and also the added bonus of allowing people to pace how they’d like to experience Masquerada.

Past that, we tinkered much with how the game would play in real time. Obviously, we wanted to retain what we loved in the classics, but we felt like there needed to be some updating with respect to what’s going on today. Looking at games like League of Legends, Smite, and Dota 2, we tried to distill what made them so simple yet engaging. When compared to the classics, we figured that the problem lies with choice paralysis. A player who decisively and effectively uses a small set of skills trumps the player who wields a plethora of skills but doesn’t know what to use at critical moments. With five customizable skills per character across a party of three, the players have options, but will hopefully not be overwhelmed.

I think the biggest flak I’ve gotten so far stems from the decision to completely remove the inventory system and a traditional experience point system. I understand why people feel like these things are necessary to qualify the game as an RPG… but what if they really don’t add to the enjoyment of the experience? After some extensive tinkering, we decided to take out anything that doesn’t support the two main pillars of what we’re trying to achieve — good story, good combat.

Of story, I must speak of songs and how important they are. Songs are written for fallen Masquerada. Their hopes, dreams, and accomplishments. This is the only legacy left behind as Ombre is a city without gods, without religion… without an afterlife. This is the world Nick and I would like to introduce you to. One of power, intrigue, and death.