Stories: The Path of Destinies Has Treasure and Awesome Swords 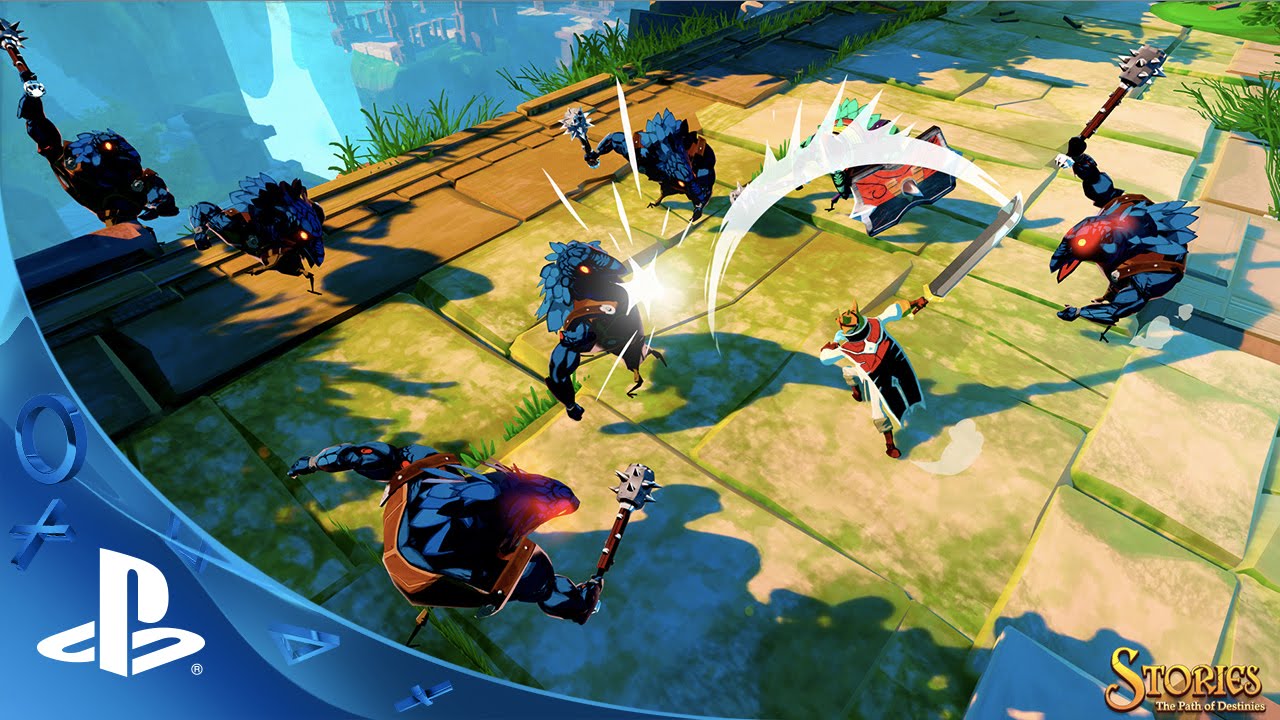 I’d like to talk to you about some cool features of Stories: The Path of Destinies, namely treasures and magic swords.

In case you accidentally missed our previous post, Stories: The Path of Destinies is an action-RPG, an enchanted storybook filled with madcap fantasy tales, each told by a zippy narrator attuned to the player’s choices and actions. You take the role of Reynardo the fox in the decisive moments before the final battle between the army of an Emperor gone mad and the Rebellion. It’s not looking good for the rebels, and only Reynardo can turn the tide… if he makes the right choices.

Good thing Reynardo is a Master of Sword Fu, a fast-paced, stylish combat style that can be customized with spectacular Dash and Grab techniques, as well as immensely powerful Time Mastery abilities. Such skills require the proper tools, however, which brings me to treasures.

As part of the feeling of adventure we wanted to give to our players in Stories, it was really important to us that Reynardo be able to explore the various locations of the world of Boreas and uncover hidden secrets, loot some treasures (he is an ex-pirate, after all), and gear himself up with some badass magic swords!

Some of the most precious treasures Reynardo can find during his adventures are rare magical gems. Equipping these shiny baubles will enhance our swashbuckling hero’s natural abilities, like resistance, speed, or damage. There are multiple combinations you can choose from to customize Reynardo to your liking.

But I mentioned awesome weapons, too! The crafty Reynardo can also forge magical swords, provided he has the right materials. And with names like Firestorm and Winterthorne, you can tell right away they’re much more badass than regular swords. They have unique powers that Reynardo can activate when he’s in trouble (which is rather likely in his current predicament), or just when he feels like being cooler than usual.

Each attack done with Firestorm will be accompanied by a fiery explosion that will incinerate any bad guys unlucky enough to be on the receiving end of its blade. And, well, you can probably guess what kind of state Winterthorne will leave your enemies in.

Which sword will you equip? How will it change the way you play the game? Narrative choices are not the only choices you can make in Stories: The Path of Destinies. Come write your own story at PlayStation Experience!