Learning the Ropes in Uncharted 4: A Thief’s End Multiplayer

The brutal pace and ferocious gunplay in the Uncharted 4: A Thief’s End multiplayer suite was recently detailed by one of Naughty Dog’s Lead Game Designers Robert Cogburn here on PlayStation.Blog. But his team’s work was perhaps best showcased by this increasingly out-of-control footage that debuted during the PlayStation press conference at Paris Games Week. Uncharted 4 drew long lines on the show floor as players sampled the competitive component for the first time, and I was happily among them.

This early build of Uncharted 4 competitive packed in characters from across the Uncharted series — a crucial pillar in Naughty Dog’s approach to multiplayer this time around. Nate, Sully, Elena, Cutter, and other familiar faces smirked and scowled from the loading screen. Although the final version of the game will have a more robust loadout editor, I picked “support” (I do love being helpful) and brought Elena into the field (#TeamElena).

As Cogburn illustrated in his post, the biggest new additions to the Uncharted multiplayer are the Sidekicks, Mysticals, and the grappling hook. All things that I failed at using properly while being shot in the neck. Matches are immediately compelling, as teams move through maps together and establish “fronts” in order to exchange fire and explosives with the opposing side. 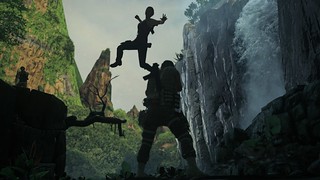 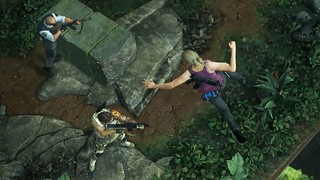 This highlights Naughty Dog’s map design, which facilitates intense battles between sides and an ever-changing firefight that makes nearly every moment worthwhile. Ducking and weaving behind cover, opening fire on your enemies, leaping from the lethal range of a grenade — all of it felt great right from the start.

As was the case with previous Naughty Dog games, Uncharted 4 demands teamwork (and competency) from its players. A team of stray soldiers will be gunned down in seconds, whereas a coordinated group can move fluidly through cover, help downed friendlies, and survive the match much more efficiently. 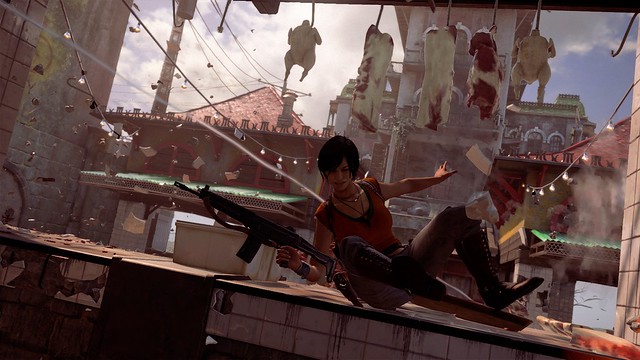 The Paris Games Week demo only scratched the surface of what Uncharted 4 multiplayer has to offer. If you want to try it for yourself, you can play the beta on December 4th with a purchase of Uncharted: The Nathan Drake Collection, or swing by PlayStation Experience in San Francisco and come play with us! I’ll be the one dying a lot.