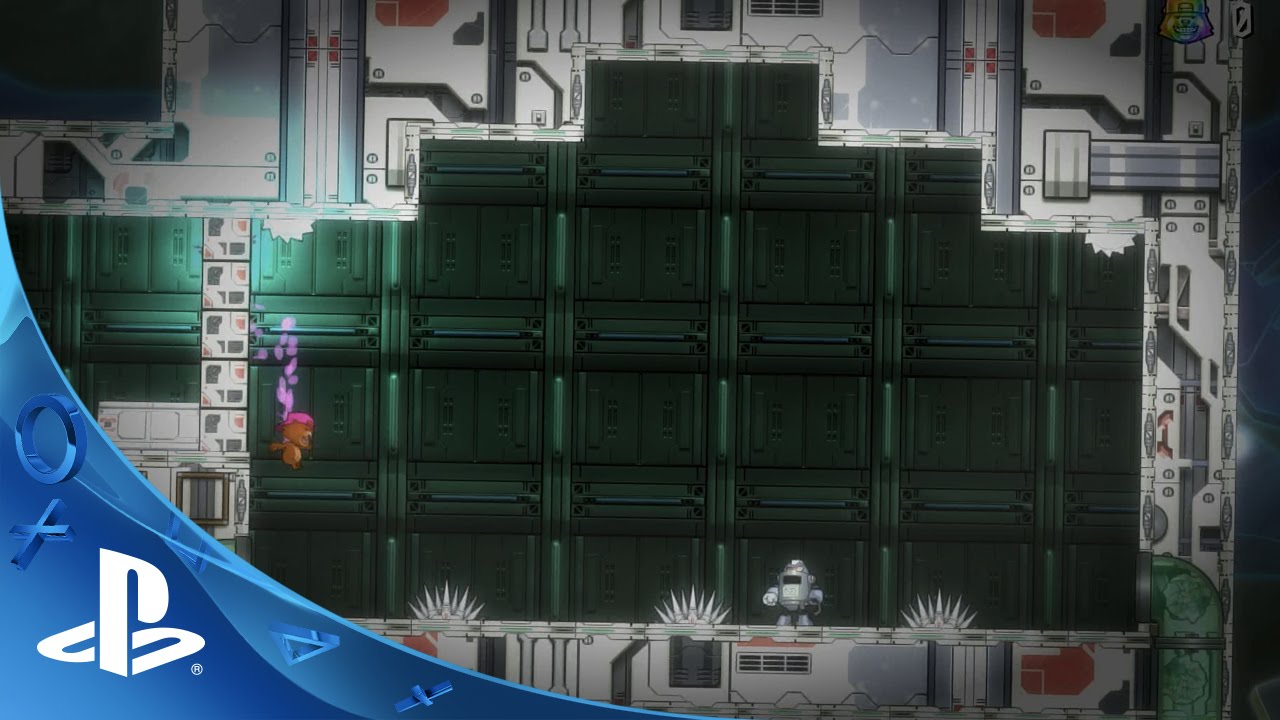 Hi, I’m Alex Rose, and I make Super Rude Bear Resurrection. I grew up on super hard platformers, and I’ve always been the type of person to unlock everything in every game, but I found a lot of people who love the same games never managed to complete them.

I always thought it was a shame that people could love these games as much as me but ultimately get stuck halfway through, and end up never seeing a lot of the game even though they’d like to.

I really wanted to make a game that would fix that problem, and make a super hardcore game that everyone would be able to beat, but I wanted to make sure the game was still fun for players who are into mega hard challenges — I didn’t want to devalue their experience.

I ended up making Super Rude Bear Resurrection, a game that is arguably one of the hardest games ever to be released, but simultaneously playable by anyone.

The solution was corpses — every time you die, your body stays behind, and you can use it as a shield you can push, or a platform, or to press down buttons. Each death is progress. Tricky spike that you really can’t get past? Next time round, there’s a cushiony corpse lying on it to protect you. Arrow trap too fast for you? Hide behind a corpse and shove it forwards.

Anyone can beat Super Rude Bear Resurrection, it just takes a little determination, and it’s not tedious. You don’t find yourself annoyed at dying, because you know you’re just one step closer to victory.

But for hardcore players who want the ultimate challenge, it means they have an insanely difficult one. If you want to collect all the Trophies, you’re going to have to complete every level without dying. And that is an extremely tall order, one of the hardest gaming challenges you’ll ever attempt.

To beat Rude Bear without dying is insanity. There are plenty of levels that I, as an extremely competent platformer player who has 100 percent’ed just about every hard platformer out there, and someone who’s been playing this game for 2 years straight, am still trying to complete.

And the game is very, very fair. You won’t blame the game, you’ll blame yourself. All the hitboxes are so fair you’ll be surprised you survived, not angry you didn’t. The camera pans ahead of you whenever there’s any doubt of your reactions being fast enough. And if you’re feeling extra careful, you can even control your Fairy companion and fly around at any time, scouting out areas (even the entire level) before you attempt something.

The engine is my proudest creation. I specialized in dynamics when studying Physics at university and making a tight controlling physics engine for a game was basically what my degree was made for. After a few hours, Rude Bear will be an extension of your brain, not a character you control on screen. Many hours of love have gone into making the game feel awesome, and making you feel like a badass when you accomplish something.

I wanted to make the game perfect for speedrunning too, so there’s a lot of great features in there too that I’ll talk about later when they’re ready to show — things like every random event being seeded on your corpse count, so every optimal run will be identical.

We’re super excited to be working with PlayStation, and launching early next year, and we’re going to be showing the game off at Paris Games Week to celebrate! So feel free to come down to our Playstation booth and experience it for yourself if you’re about.