With Rainbow Six Siege, we wanted to return to the core pillars of teamwork, tactics, and tension while also pioneering a new gameplay direction for the series. You probably know some of the basics already (online multiplayer focus, attack and defense, etc.), but here are a few things you might have missed.

Team Rainbow is comprised of the world’s most elite operators selected from famed counter-terrorist units. Each operator is an expert in their field, with a unique gadget function, and a specific loadout dependent on from which CTU they were recruited from.

There will be 20 at launch to choose from, and you’ll get to discover which ones speak to your specific playstyle. Operators work together to form powerful combinations, and there can’t be two of the same operator in a match, so teams will need to think carefully about their team composition and strategy.

2.) Destruction Molds the Environment to Your Advantage

Destruction isn’t just a neat, aesthetic feature in Rainbow Six Siege — it lies at the heart of the gameplay. Using breach charges and other tools on walls and floors allow you to surprise, trap, and create lines of sight on your opponents.

The RealBlast engine enables us to provide procedural destruction, so surfaces will never break the same way twice. In the same sense, maps will be different every time you play depending on how you destroy and mold them throughout the course of the round. 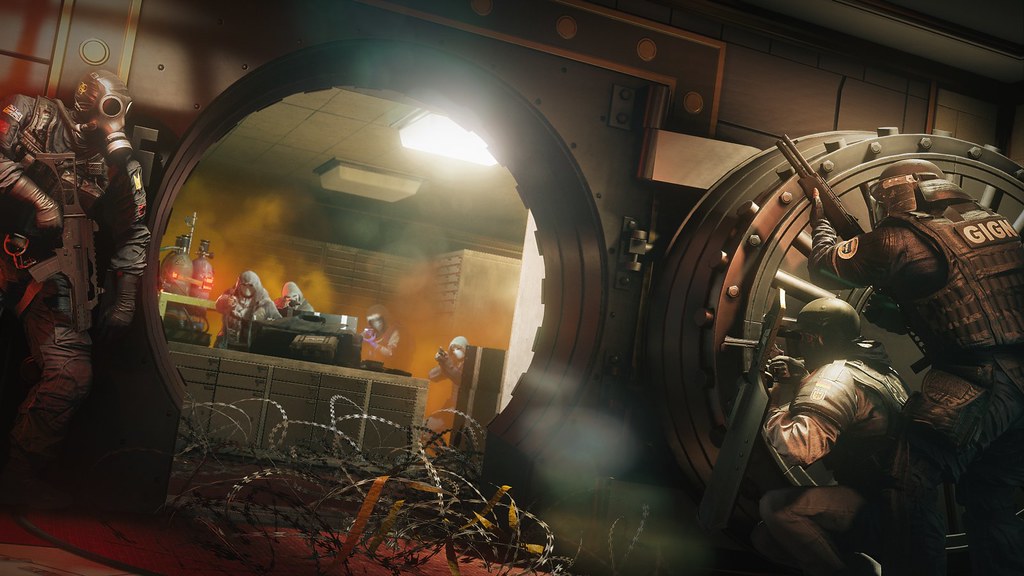 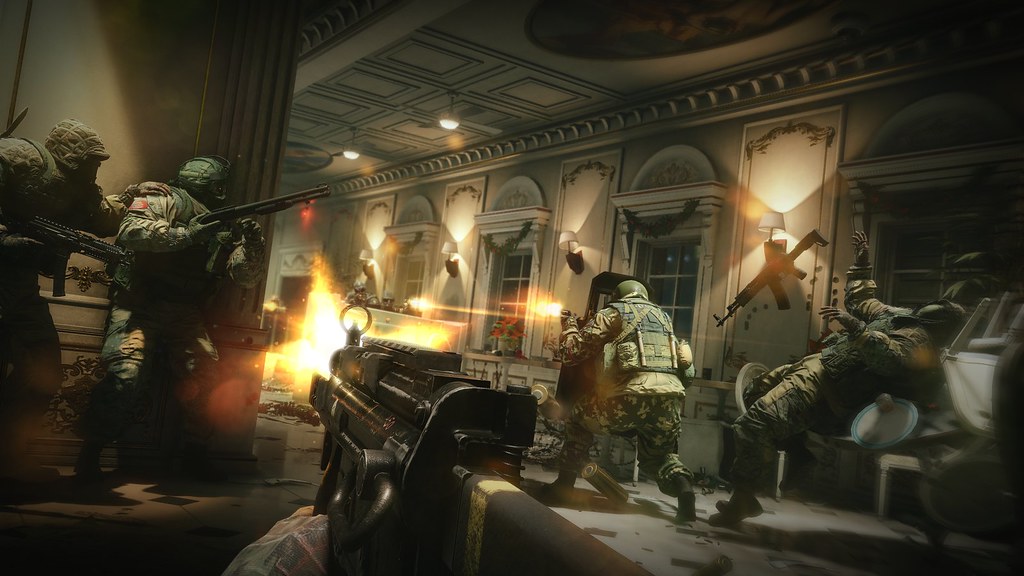 3.) Sound is Just As Crucial as Visual Intelligence

While utilizing drones, surveillance cameras, and operator gadgets is a huge part of gaining an edge on your opponents, it’s just as important to listen to what’s happening around you. We’ve invested a lot of time implementing advanced sound propagation techniques, and audio cues can — and should — be used to your advantage.

Footsteps, a reloading gun, or rappel rope outside a barricaded window may tip you off to imminent enemy engagement. Check out our YouTube channel in the coming weeks for an exclusive feature video on how we’re implementing sound propagation in our destructible environments.

4.) Enemy AI Archetypes in Terrorist Hunt Keep You on Your Toes

In Rainbow Six Siege, we wanted to make the AI more intelligent than ever before. PvE gameplay will feature different enemy AI archetypes controlled by an AI “Strategy Manager” that responds and adapts to your actions in the game.

The archetypes can do anything human players can do, like breaching, fortifying, and rappelling — so they’re very unpredictable. Normal difficulty allows casual players to have fun with this mode, but hard and realistic difficulty levels provide a much more challenging experience for more hardcore or advanced players. 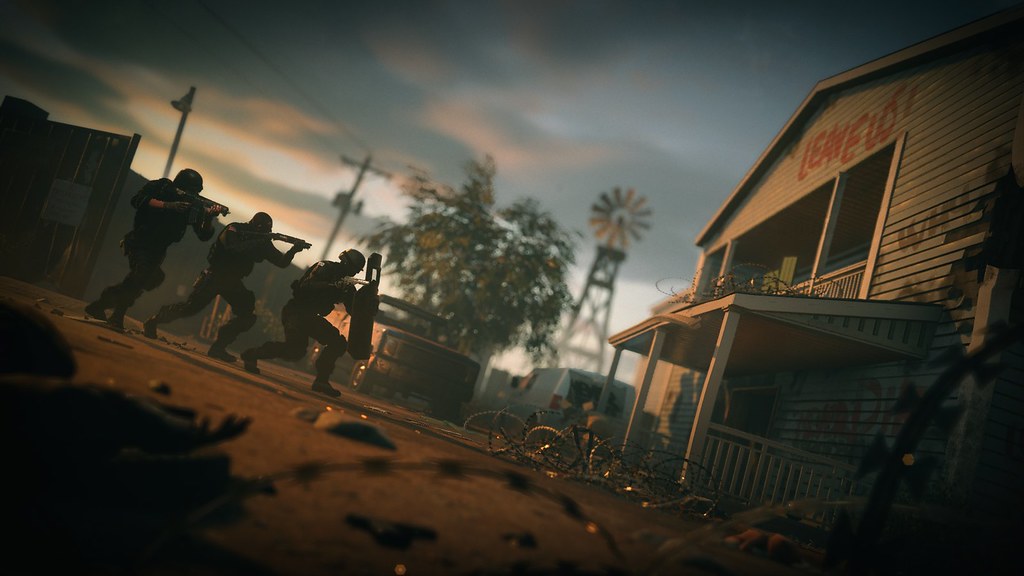 5.) We’re Investing in This Game for the Long Term

By going all-in with a focus on providing a great online multiplayer experience, we made a commitment to treating our game as a service and investing in it for the long term. Our vision was not a game that you’d play through and “beat,” but something you’d come back to time and again and grow with.

In order to do that, we will be heavily supporting the game for at least one year with regular balancing and tweaks. New maps will be free for everyone, and we’ll be releasing the full details of our post-launch support soon on the Rainbow Six dev blog.

Academy Award-nominated actress Angela Bassett takes on the classic role of “Six,” the commander of Team Rainbow. Rainbow Six will feature a series of 11 solo missions called “Situations” that allow you to acclimate to the game and recruit new operators to join the team. Bassett will brief and debrief players for each situation. 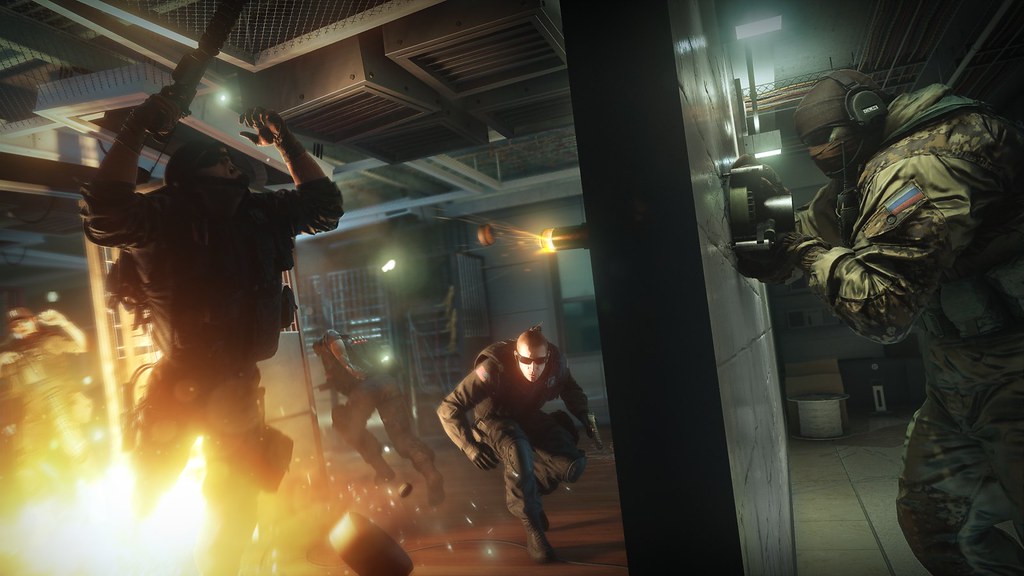 Not only are we trying to do something new with the gameplay and how we support the game, but we’re also taking a deeper approach to how we work with the Rainbow Six community. We are very active on the official subreddit and forums, and work closely with players to improve the game based on their feedback. You can see some of the fruits of this collaboration in our post-Alpha changes blog post, and another community event we did earlier this year. If you’re serious about Rainbow Six and want to be a part of it, we’d love for you to join us.

Hopefully you learned a little something new about Rainbow Six Siege from this post. In the coming months after the game is launched on December 1st, we expect that we’ll all learn some new things as new gameplay possibilities are explored. Thank you for your support, and we’ll see you soon.