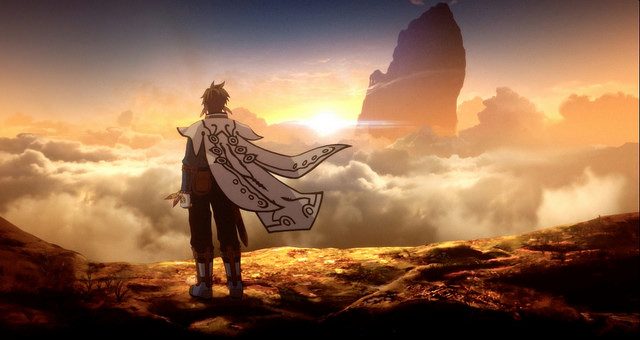 I’m happy to finally be able to introduce Tales of Zestiria, the latest installment in the Tales of…series, to everyone in North America.

My staff and I have spent more than four years bringing this title to life, from the development phase to production of the Japanese edition, and now the international edition. It’s an undertaking that I look back on with immense pride.

This series has been supported by you, the fans, for more than 20 years now. I’d like to speak on behalf of myself and for my staff when I say that we are deeply grateful to all of you for all of the love and support that you have provided to us.

PlayStation.Blog contacted me requesting that I submit a short comment for this launch. This isn’t something that I normally do, but I’d like to take the opportunity to speak briefly regarding the development of Tales of Zestiria.

This title has revolved around the singular theme of “Passion” since the earliest stages of development. We wanted to create a classic adventure story, supported by a cast of characters who all have some sort of unique passion that guides them in their actions. In the case of Sorey, it is his affection for the mystique of the numerous ancient ruins that he encounters throughout the world.

This main theme of “Passion” is what led to our overarching concept for this title, which was, “a story where the characters never betray their convictions, and always stay true to their passions.”

Once Sorey becomes a Shepherd, his Prime Lord Lailah constantly reminds him to be true to himself. That was one of the tools that we employed in supporting and reinforcing our core concept throughout the game.

Every character that Sorey encounters has their own passions, and that is what guides them and gives them the strength to never run from conflict and overcome adversity. In turn, the trials and hardships that they encounter allow them to grow as a character. If the players who play the game all the way through to the end can feel a real connection to Sorey and the other characters that they’ve encountered, that would give me the highest sense of fulfillment as a developer.

The Tales of… series is very character-centric, so all of us spent quite a bit of time discussing each character’s personality and mindset in order to create a story with a great deal of depth. I hope that you can appreciate our efforts and experience the full story, all the way through to the end.

Besides the story, we developed the gameplay system while keeping our player’s interests and preferences in mind, and took a new approach regarding our developmental environment. Compared to other titles in the series, we wanted Tales of Zestiria to have more flexibility and freedom regarding its RPG elements, so that players could develop their very own, highly unique characters. We hope that our efforts and innovations allow you to have an even deeper gameplay experience as you build your character up.

Thank you very much for reading along, and on behalf of my staff and myself, thank you for continuing to support us and the Tales of… series.