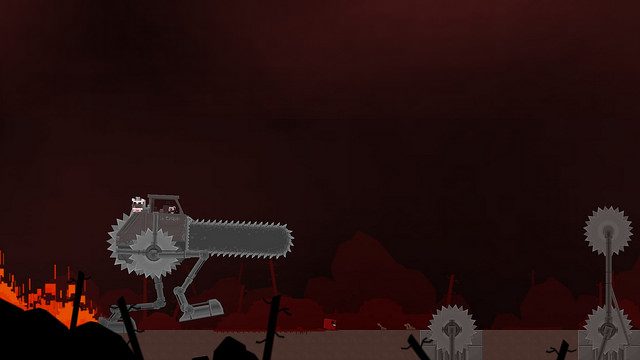 Hello, PlayStation fans! The day is almost upon us — on October 6th Super Meat Boy will finally come to PS4 and PS Vita as a cross buy title. As a thank you to the fans who have been so patient with us, Super Meat Boy is going to be free to download as part of October’s PS Plus lineup.

Long story short, we couldn’t secure the rights to include the old soundtrack with the release of the game on PS4 and PS Vita. Now don’t be too bummed because we had the opportunity to work with our favorite artists to re-score Super Meat Boy to celebrate its 5th Anniversary. Our dream team of artists consists of:

That’s a pretty slick roster of artists. We were lucky enough that they were all friends of ours and fans of Super Meat Boy. Their passion and love for the game can be heard in the work they put into making the game sound amazing. We’re honored to have them on the team for this version of Super Meat Boy.

Their marvelous soundtrack coupled with Jordan Fehr’s gross and satisfying SFX create an auditory masterpiece that complements Super Meat Boy like butter to lobster. But, talk is talk — your ears need to judge. We don’t want you to hear the whole soundtrack just yet; that special date is reserved for October 6th, but we’ll give a little taste of what’s to come. Below, you’ll find a link to the Hell Boss track. When you listen to it, you can hear that it burns with a seething intensity that is Hell in Super Meat Boy:

We’re excited for old fans, forgotten fans, and fans that don’t yet know that Super Meat Boy is their all time favorite game to join us October 6th on PS4 and PS Vita to celebrate Super Meat Boy’s 5th birthday in style!

P.S. The DualShock 4 glows red while you play Super Meat Boy. If you were on the fence before and this tidbit didn’t sway you, then I don’t know what I can do for you.