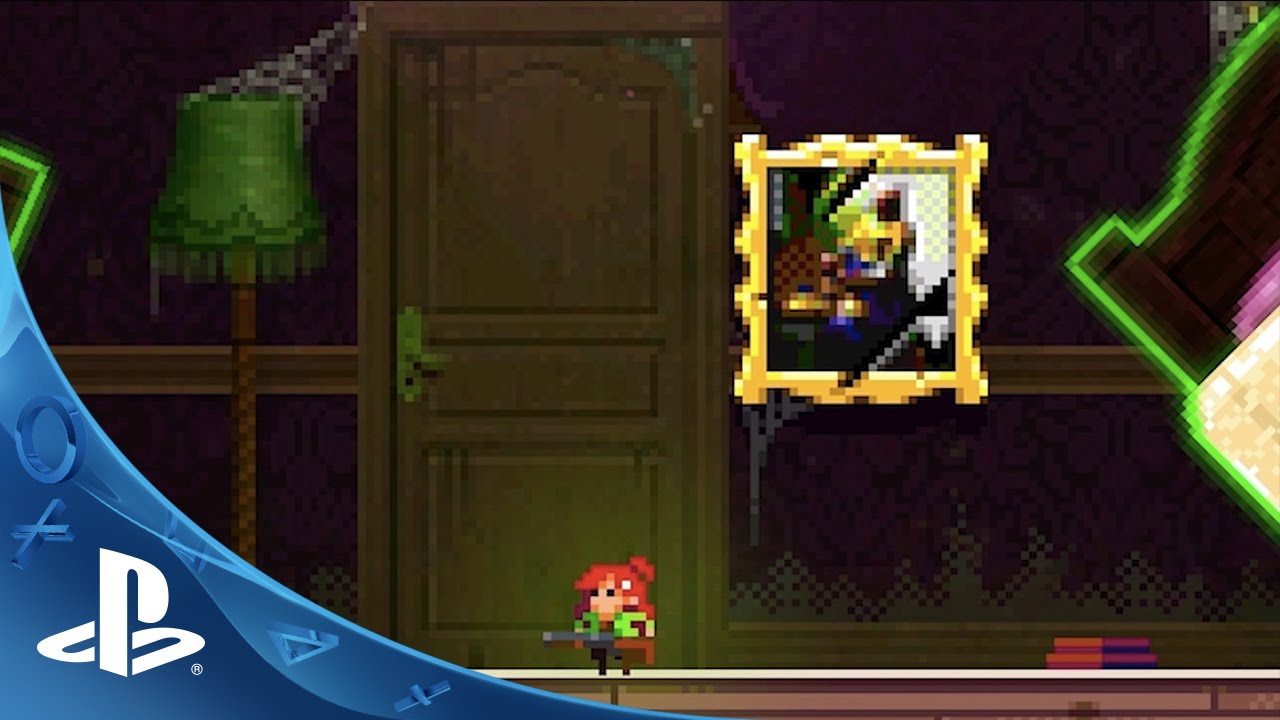 We here at Golden Ruby Games are beyond excited for the launch of Extreme Exorcism on PS4 and PS3 on September 23rd. More than a year of hard work has gone into this game and we know all you hardcore high score seekers are really going to love it.

For those of you unfamiliar with the game, Extreme Exorcism stars Mae Barrons, a tiny medium at large, hired to rid a house full of evil spirits. Instead of psychic powers and crystal balls, Mae gets her point across with swords, guns, and kung-fu moves. These spooks are far more troublesome than conventional ghosts too, so we’d like to give you all some hints to help you become the most extreme exorcist you can be!

If you’re playing Arcade mode, which can be played in both single-player and co-operatively with up to 4 players, you’ll drop into the stage with the possessed chair, randomly jumping around. It’s your goal to destroy this repulsive recliner with one of the many weapons throughout the stage. Holding up to three may seem like a blessing, but in Extreme Exorcism, it can be a curse if you’re not careful.

After killing the main foe of each round, a ghost is created the next round, copying all of your moves. The more ammo you dispensed the more you have to deal with. That brings us to the first tip:

With those tips at your disposal, you’ll be more than prepared to test your mettle against those ghosts. These tips can also extend to Deathmatch, just to get that extra edge over your friends. Also, make sure to try out different weapon combos for the most efficient ghost killing. My personal favorite is the Knives, Lightning, and Shuriken combo. Each of these directional weapons can get you out of a tight spot fast, which comes in handy as the gameplay becomes more extreme.

You can also choose from close and long range weapons like melee attacks and guns, and you can even strategically plant weapons like mines to take down the most problematic poltergeists. There are more than 20 weapons to choose from in Extreme Exorcism, so try out a few different combinations to find the ultimate weapon set!

Let us know if you have any questions in the comments. Happy ghost-busting, exorcists!