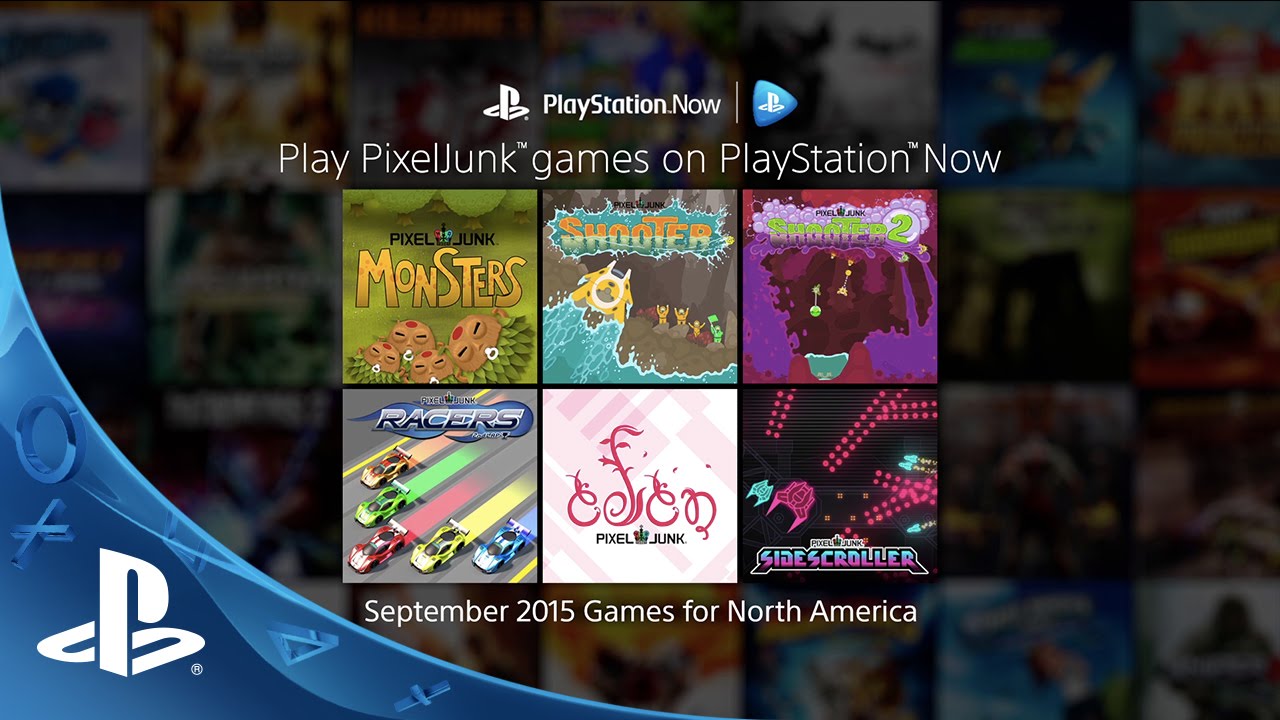 If you know anything about Q-Games, you know that we made a name for ourselves during the PlayStation 3 era with our acclaimed PixelJunk series. Debuting way back in 2007, we were one of the first indies to cut our teeth on the newly released console. Our idea for the series was simple: rework old school gaming concepts in beautiful high-definition visuals, while keeping the easy to learn, difficult to master gameplay that made us fall in love with games in the first place.

From the outset of the PlayStation 4 launch, we’ve been bombarded with questions about the bringing some of our most beloved games over from PlayStation 3 to the new console. There have been calls, emails, tweets, Facebook posts, and yes, even the occasional person showing up to our offices to plead the case for the acclaimed series to enter the next generation of the console.

Well, I’m happy to announce that day has finally come!

Starting August 31st, you’ll be able to delve right back into the PixelJunk world when the games become available on PlayStation Now! We’re super excited to give old a new fans a chance to experience the now classic PS3 games on PlayStation 4.

Including the recently released PixelJunk Nom Nom Galaxy and last year’s PixelJunk Shooter Ultimate, both available on PSN for individual purchase, PlayStation 4 is now the destination for PixelJunk games!

Some of you might be new to PixelJunk, so here’s a primer to get you started:

Inspired by the popular and addictive tower defense genre, PixelJunk Monsters takes the simple real-time strategy concept of building, researching and base defending and presents it in a uniquely attractive style. In the game, Tikiman, a dancing defender-of-the-forest, strategically builds a variety of defense towers in a lush 2D environment with the goal of defending the pathway to your home base (and children!) from an onslaught of threatening monsters. With 20 different stages, dozens of different towers, a gaggle of interesting and infuriating monsters, and most importantly – couch co-op! – PixelJunk Monsters has earned a reputation as one of the most beloved tower defense games of all time.

PixelJunk Eden is probably the most abstract game of the PixelJunk series. Picture if you will, a psychedelic platformer where you guide a tiny, silk-spinning ‘grimp’ through the gardens of Eden on a mission to grow each by pollenating flowers and finding precious ‘Spectra’. You grip, jump and swing, destroying “Prowlers” and collecting their pollen which lets you grow more plants to take you further and deeper into the gardens. Lush visuals, slick controls and amazing music by fellow Kyoto native Baiyon make it an incredibly atmospheric and addictive experience. Plus, up to 3 player local co-op!

In PixelJunk Shooter, you pilot a subterranean exploration vehicle to explore the interior of diverse cave-like complexes. You must affect the surrounding and dynamic terrain to progress. The goal is to safely navigate through each vivid stage and rescue survivors scattered about the cavernous environment. Each stage is in-effect a flow simulation whereby you attempt to control various types of liquid (water, magma, etc) and solid matter (rock, earth) either by destroying it, manipulating it or moving it. These dynamic fluid effects are at the heart of the game’s visuals. Plop down on the couch with a co-pilot for even more fun!

Expanding on its innovations of its predecessor PixelJunk Shooter, PixelJunk Shooter 2 is a complex and dynamic fluid simulation system, which fills the game world with flowing liquids and hazardous gases, and provides the game its distinctive style. Blast holes in walls or use your ship itself to drill past scorching hot magma. The fluids react in real-time to the player’s actions and to other liquids, creating unique and exciting situations with every play. The goal of the game is to keep cool (your ship is susceptible to overheating) whilst finding and rescuing the many helpless, stranded survivors. You’ll need to master the deformable terrain, the flowing liquids and the fierce life forms as you proceed deeper into ever more challenging environments. And even more local co-op! Notice a theme here?

The final chapter of the Shooter trilogy! Sidescroller finds our Shooter pilot protagonist killing time on his orher way back home by pumping space quarters into a retro side-scrolling shooter. Reinventing the genre from the ground up while maintaining that nostalgic feeling, PixelJunk SideScroller is a bit of side story fun. Dodge flurries of alien bullets and strategically upgrade your weapons as you battle your way through sweeping stages full of hazardous fluid and endless shooting mayhem. Friends need not wait put their quarter in the queue to play next, because Sidescroller is also sporting local co-op.

PixelJunk Racers 2nd Lap is an addictive slot car racing game that features single player and multiplayer fun. Intuitive controls, 32 different race modes, and online rankings will provide countless hours of racing mayhem. Racers is the granddaddy of the PixelJunk series and also with local co-op king! Up to 7 players can hit the track, making it a great party game.

PlayStation Now includes 140+ games, from blockbuster hits to indie gems—like the PixelJunk series—and everything in-between. We hope you’ll give the service a try for yourself. Click here to start your 7-Day FREE Trial.