Call of Duty Black Ops 3 Beta: Everything You Need to Know

How big is the Beta file?
The Beta is packed with a lot of content, weighing it at approximately 12.5 GB. Download times will vary based on location, server traffic, and connection speed.

Will any Campaign or Zombies content be available in the Beta?
No, the Black Ops 3 Beta is specifically focused on competitive multiplayer.

What maps will be included in the Black Ops 3 Beta?

What game modes will be supported in the Beta?
The Black Ops 3 Beta will include the following game modes:

What are Specialists, and how do they impact competitive play?
Specialists are elite soldiers being introduced in Black Ops 3, each with their own distinctive personality, look, voice, weapons, and abilities. Each Specialist’s weapon or ability can be earned multiple times during a match and deliver critical tactical opportunities, whether it be via a boost in agility, a powerful explosive bow, or more. 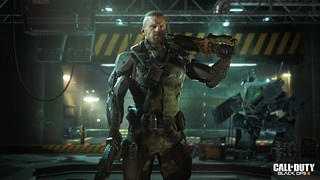 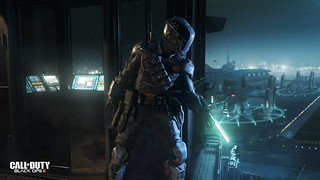 What Specialists will be included in the Beta?
During the span of the beta and as you progress, you’ll have a chance to try any of the five Specialists already announced, as well as two brand-new characters: Battery and Spectre. On Day One, players will begin to have access to:

How does the Weapon Paintshop work?
Available in the Beta, this new feature enables players to create custom graphics with up to 64 layers. Each side of the weapon can be completely unique. 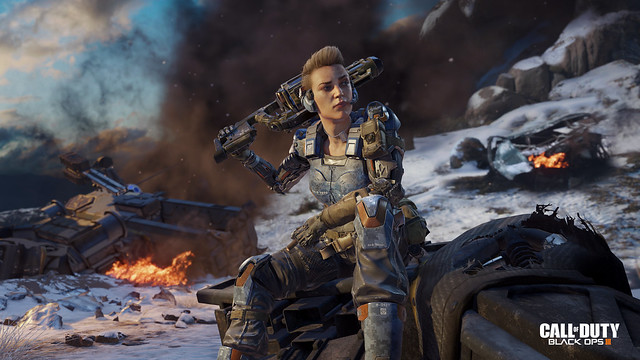 As the Beta progresses, will Treyarch roll in any new features, modes, or the like?
Certain surprises may or may not be in store. Let’s just say that you’ll want to play the Beta through its entire run from August 19th to August 23rd.

What will be the Level cap in the Black Ops 3 beta?
The Beta will kick off with a cap of Level 28, and will expand over the course of the Beta.

What unique gameplay features distinguish Black Ops 3’s competitive multiplayer from other Call of Duty titles?
Black Ops III features an all-new movement system that empowers players to fluidly move through the environment with finesse, using controlled thrust jumps, power slides, and fast mantling capabilities in a multitude of combinations. With the “guns-up” philosophy, players maintain full control of their weapon at all times and have 360-degrees of motion through all maneuvers.

Treyarch is also introducing an all-new Specialist system that will debut nine elite Specialists to choose from in multiplayer – each with their own look, personality, voice and battle-hardened weapons and abilities. Each weapon and ability is designed to make your Specialist a unique force to be reckoned with. The Beta will feature eight of the nine Specialists that will be found in the final game.

What more can you say regarding Black Ops 3’s “Combat Movement”?
Combat Movements are chainable movement styles that empower Black Ops 3 players to maneuver around their environment in dynamic ways. These abilities draw from the power meter on the HUD. A brief list of examples include:

Combat Movements are often more effective when chained together in creative ways that reflect your combat situation, meaning you can go from a Thrust Jump to a Power Slide to a Wall Run in order to adjust to incoming threats or targets.

Each retailer will have a limited supply of Call of Duty: Black Ops 3 Beta codes, and will be available while quantities last. You can pre-order online and find information about participating retailers by visiting CallofDuty.com/BlackOps3/Buy.

How long will be the Beta be active on PS4?
The Call of Duty: Black Ops 3 Beta will run from Wednesday, August 19th through Sunday, August 23rd. Look for more information to be released throughout the week.

Will my progress from the Beta carry over to retail?
No, progress will not carry over from the Beta. Treyarch’s focus is making the final game the best and most stable experience it can be and they will be working on balancing and other fixes leading up to launch. 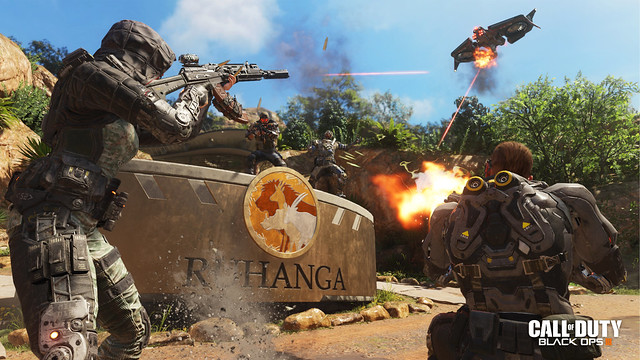 What’s the difference between my Beta code that I received and my Beta token?
Your pre-order Beta code reserved your spot for the Beta and is redeemed at CallofDuty.com/BlackOps3Beta. Once you have registered, a Beta token will be emailed to you on a rolling basis beginning on August 19th. This Beta token will allow you to download the Beta from the platform you have designated in the registration process.

I’ve pre-purchased my copy of Call of Duty: Black Ops 3 through the PlayStation Store. Where can I locate my code?
You don’t need one! Code redemption is not necessary for pre-purchases through PlayStation Store. You are automatically validated to participate in the Call of Duty: Black Ops 3 Beta. When the Beta opens on August 19th, you will be able to download it immediately.

I entered my Call of Duty: Black Ops 3 Beta code, but it didn’t work. What should I do?
Please verify that you are entering the correct code. If you are receiving an error message stating that the code you entered is invalid or that your code has already been redeemed, please contact Activision support.

Is the Beta available worldwide?
Availability of the Black Ops 3 Beta will vary by territory.

How can I give feedback and report bugs to make Black Ops 3 better?
We will be posting a survey link on callofduty.com once the Beta starts. We welcome feedback and encourage everyone to share. The more feedback, the better.

Will the servers ever go down for maintenance?
Because this is a Beta, periodic maintenance may be necessary throughout the gameplay period. Please follow @Treyarch on Twitter for updates.