The Bridge Coming to PS4, PS3, and PS Vita Tomorrow 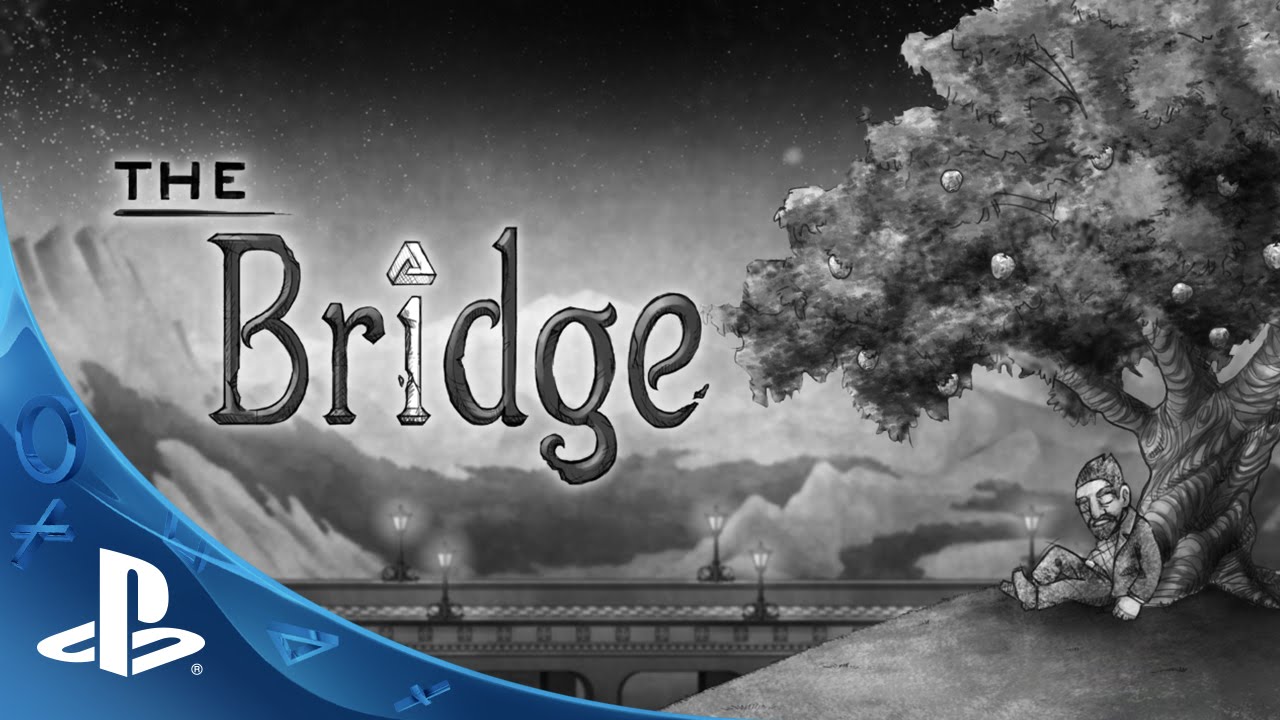 Not Exactly Newton’s Theory of Gravity

The Bridge opens to a scene where an unnamed character is sleeping under a tree. At this point, the only available action is to rotate the direction of gravity — the common theme throughout The Bridge. Like with Isaac Newton, an apple falls from the tree to wake our sleeping protagonist, and the journey begins.

The Bridge is an unconventional platformer (if you would even call it that), because there is no jump button. Instead, you must navigate through the puzzle structures by only walking and applying the unusual mechanic of gravity rotation. But the gravity manipulation doesn’t stop there — throughout The Bridge you will encounter gravitational vortexes, inverted gravity, objects having gravitational vectors that are different than your own, and more.

Some have described The Bridge as “M. C. Escher: The Game.” Escher is the artist who created famous works around impossible reality and gravity such as Waterfall and Relativity. Whenever I look at these drawings, I imagine myself walking around inside of these mysterious and surreal worlds. I knew that a video game was the only medium where this could truly be achieved, so I created The Bridge in the spirit of an M. C. Escher drawing in order to bring these impossible worlds to life.

Mario Castañeda was the sole artist of The Bridge, hand drawing the entire game in a black-and-white lithographic art style. When I started the project, I had a clear vision in that I wanted the entire game to look and feel like you were inside of an M. C. Escher drawing. I felt that having authentic visuals in Escher’s classic monochromatic style was the only way to truly marry the impossible architecture that comprises the puzzles in The Bridge with the surreal visual aesthetics.

When Mario showed me his initial mock-up for the protagonist, I knew that the style was perfect and that we both had the exact same vision for the game, and we spent the next four years creating it.

The Bridge will be available tomorrow on August 18th, and it will feature cross buy and cross save support, and include shared Trophies between PS4, PS3, and PS Vita.

It’s been an incredible journey for Mario and myself to turn our dream for a game into a reality and finally bring it to PlayStation platforms. I’m really happy that you all can be a part of that. If you have any questions, I’ll respond in the comments section.