I am Bread Launches on PS4 August 25th 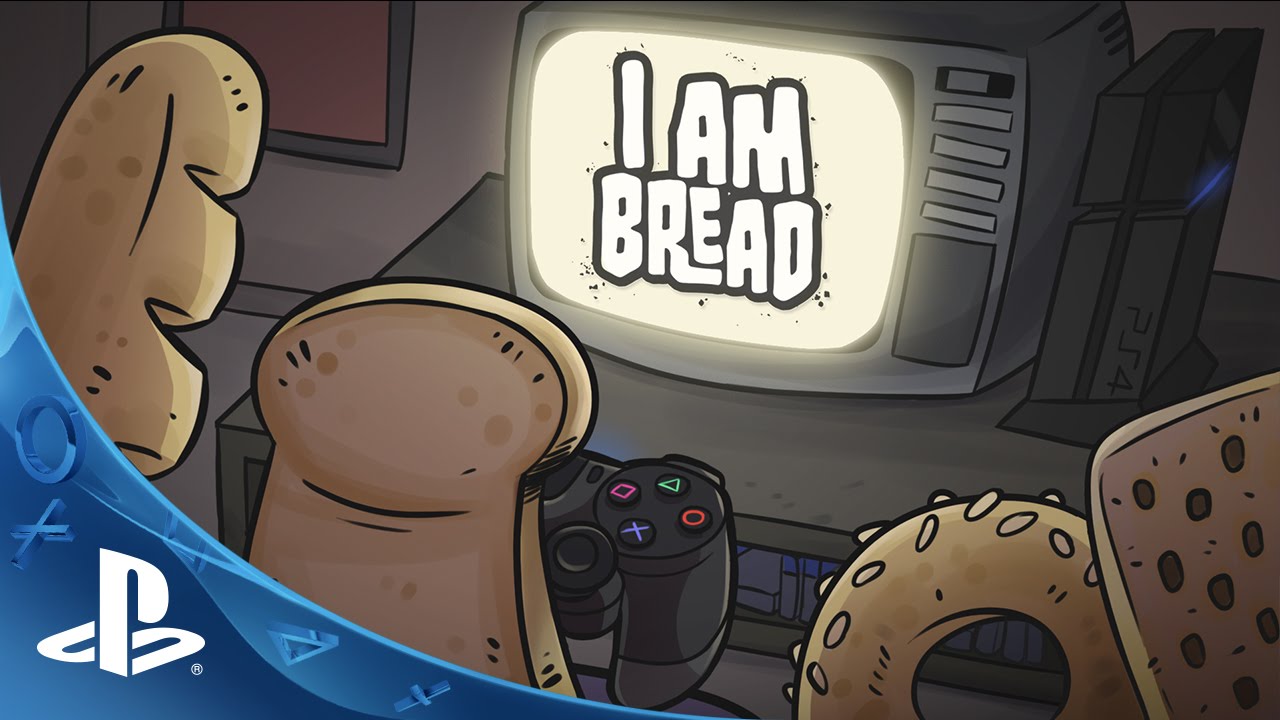 I am Bread is coming to PS4 on August 25th — we’re so excited, we decided to tell you all of our deepest, darkest secrets.

We already told you all about the game’s development in a previous blog post, so for this, we wanted to let you know about some little things that we hid beneath the surface of the extremely complex story of the game.

When we were making I am Bread many moons ago (Okay, it seems like forever, but it was actually last year), we decided to be very clever and to hide some Easter Eggs in the game. Everyone loves them, don’t they? Come on, admit it. Sometimes though, it’s easy to miss them when you’re racing through a game. And sometimes the developers hide things so well that nobody notices.

We want to make sure that when you played through it, you didn’t miss the best bits.

If you don’t want spoilers, don’t scroll down. Seriously. It will ruin your day, and no one wants that.

1.) In the padded cell tutorial level, climb up to the window and move in close. You should be able to hear something rather horrifying coming from the next room. Similarly, if you return to the tutorial level after completing the game, you’ll get an even bigger surprise! Don’t blame us for the nightmares, though, we did warn you.

2.) You can probably tell from looking at pretty much every picture within the game that we like cats. Love them. I mean, who doesn’t? You’d have to be some kind of monster to not like cats. What you may not know is that the cat featured in many of the pictures is a real cat. Her name is Marge, and she belongs to Luke, designer of I am Bread.

3.) The game had a couple of other names before the final title was chosen. Its original name was ‘”Loaf Toast.” Look in the fridge, and you can see a little memento of this that we kept. Sentimental, eh? We were also going to call the game “The Walking Bread,” but our lawyer laughed and kicked us out of his office. We used that title for a Trophy instead.

4.) We named many of the products in the game after people who work in the studio. The whisky bottle is named after our QA tester, Malford — the crest is his bass guitar. Ali’s Power-Up lager is named after Charles Ali, our developer. Uncle Jack’s Dark Ale’s name comes from Jack, our 3d Artist. Mo (developer), Murillo (another developer), Luke (designer), Oliver (nuisance/genius), and Andrew (server whiz) are also featured in the game.

5.) Players of our other games may recognize the game’s main character, and the place that the game is set. Barnardshire. Heard that before? Okay, we’ll spell it out. Mr. Murton from I am Bread is Bob from Surgeon Simulator. That arm that you see on one of the levels… well, you all know who that is. I am Bread is actually the prequel to Surgeon Simulator. If you look closely, you can see all kinds of little references to this.

6.) Zero Gravity mode was originally a bug… but we liked it so much, we turned it into a feature. Aren’t all of the best games made that way?

7.) There is an alternate ending to the petrol station level when you beat it in zero g mode. You will love it. Especially if you’re geeky like us.

8.) I am Bread is actually based on a true story. Seriously.

One of these may not be true… can you guess which one?

i am breadPlayStation 4playstation games