Inside the Tearaway Unfolded Companion App 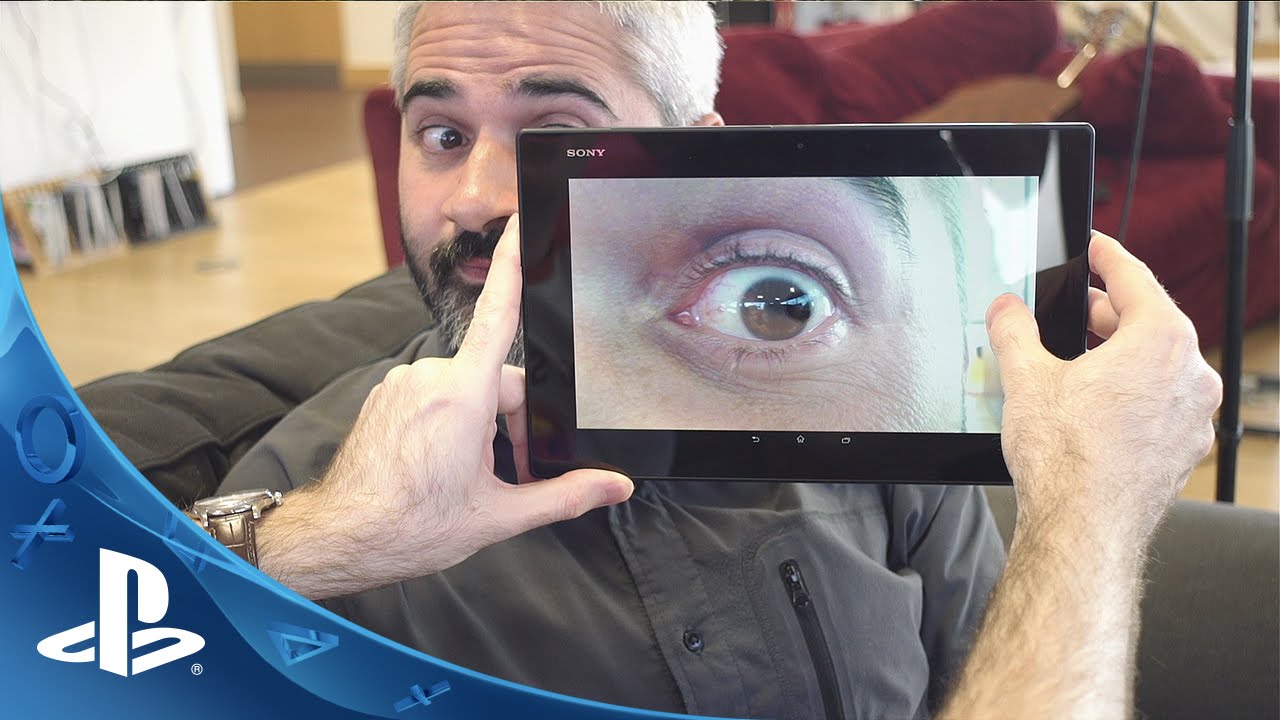 We recently announced our new Tearaway Unfolded Companion App, which will be releasing alongside the game when it launches next month. Today, we wanted to delve a little deeper into the app and share more about how it works. We’ve even made a shiny new video to show off the app and demonstrate the fun and exciting ways you can interact with the game, all from your couch!

The Companion App works using the official PlayStation App, which you can currently download for free with your valid app store account on your preferred app store, for smart phones and tablets. You can also use the PS4 Link “Second-Screen” function on your PS Vita to run the Tearaway Unfolded Companion App. So when the game launches, you can use your portable devices as a second screen for the game!

One of the main ways you can interact with the papery world using the app is through the trusty cutting mat. If you pick the scissors icon to the far left, you are taken to the app’s cutting mat where you can let your creative juices flow and draw whatever your heart desires! Draw a heart, a flower or whatever you fancy, hit the little stamp icon and your creation will be posted into the game where you’ll see your creation floating through the skies!

You can also use your device’s camera (if it has one) to take photos of the real world, which can then be imported into the cutting mat to be cut and pasted however you want. Simply hit the camera icon to launch your camera, and then start snapping away.

Your photos can also be used to texturize the game world and transform whatever sheet of paper your Messenger is currently standing on!

It’s also important when journeying through the world of Tearaway to leave your own papery mark, and what better way than by personalizing your Messenger! When you enter the Messenger customization screen, you can either use the app’s cutting mat to create new decorations and costumes, or you use your device’s camera to take photos that can be customized on the cutting mat to create your own unique Messenger! Fancy giving iota a beard? Or changing atoi’s eyes? It’s all possible with the app.

A really cool thing about the app: it’s context sensitive, meaning that players controlling the app can directly affect what the player is currently playing through in the game itself. You could be customizing your Messenger on the TV while your friend uses the app to cut out a beard which will then appear on your Messenger in the game!

If your friend takes a photo on the app, this will also appear in the game for you to cut up and edit on the big screen. And as you’re running through the game world discovering new lands and battling Scraps, anything made on the app (shapes, decorations, and photos) can be sent into the game, which will float through the air or pop up on the ground beneath your feet. It adds another layer to the fun.

You can also use the app to access tearaway.me, your personal profile page for Tearaway online. You can see all your progress in the game, including any photos you’ve taken and which papercraft models you’ve collected. You can also use tearaway.me to see what the community has been up to, viewing other players’ photos and seeing how creative they’ve gotten with customization. We also regularly pick our favorites on there too for our “Community Picks” section, so you can check out what we’re loving that week.

We hope you folks have fun interacting with the papery world and creating marvelous things! We can’t wait to see what you all make! Tearaway Unfolded comes out on September 8th in the US, 9th in Europe, and 11th in the UK. Pre-order today and receive the Crafted Edition loaded with lots of papery goodness!