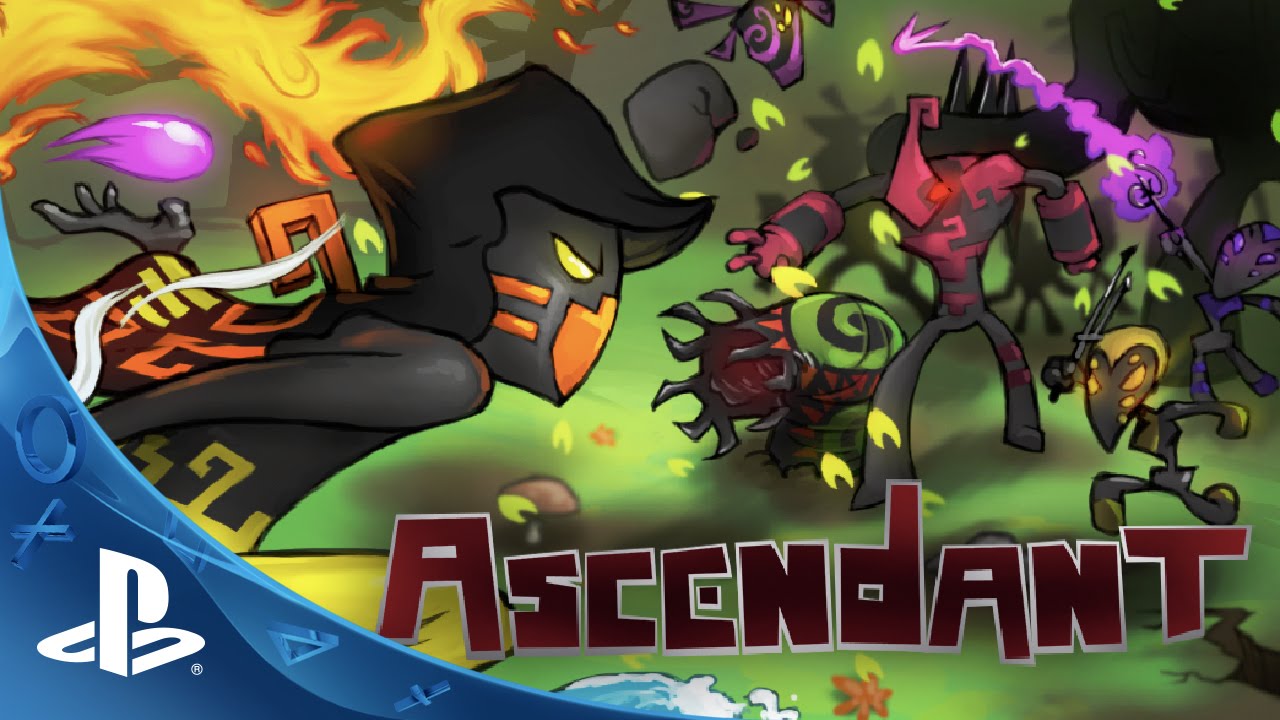 I’m Benjamin Crocker, from Hapa Games, and I am proud to announce that Ascendant will be released on PS4 August 25th! Ascendant is a side-scrolling roguelike beat ‘em up where you’ll take on the role of a demigod in a war against your rivals. As you make your way through this brutal realm, you’ll find an assortment of weapons, armor, spells, and Blessings that will help you battle to supremacy and your divine throne. We loved making Ascendant, we have a blast playing it, and you should try it out.

One of the main features in the game is the Blessings system. Blessings are boons granted to the demigods that dramatically change and improve their abilities as they battle through each realm. They can be slotted into either your weapon, armor, or spell and provide a distinct power-up depending on which Blessing has been placed there. A good example is from an early-game Blessing you can find called The Blessing of Agni. Agni, as the Hindu god of fire, is a fire-based Blessing. If you slot it into your weapon, you will have a chance to apply a fire damage-over-time effect to your enemy with each melee strike. If you slot it into your spell, your spells will now explode on impact. Slotted into armor, Agni will explode every time you take damage.

There are over twenty Blessings just like this one to find, unlock, and improve the demigods. Some examples include a double jump, poison spells, a berserker rage, and a giant shark that eats wounded enemies.

Here is a little insight into the game’s development.

Ascendant started as a kernel of an idea while we were graduate students at FIEA. We were finishing up our large-scale capstone projects and were trying to figure out what to do next. At the time, there was a huge influx of incredible (and sometimes less incredible) roguelikes from the indie scene and we played all of them. Many of us grew up playing old-school brawlers, so blending these two genres into our own vision was natural. We would brainstorm game mechanics over pints in downtown Orlando, and imagine potential art styles in the the school’s hallways between classes. Our last semester gave us the chance to turn all of our ideas and concepts into a real game. We started up Hapa Games, and then it was a non-stop sprint. We went from starting production in August 2013 to graduating in December with a strong prototype, a small following, a successful Kickstarter campaign, and a burgeoning Steam Greenlight page.

After graduation we moved into the Garage. This is where the magic (and a lot of hard work) happened. Some of the original team split off to pursue their own path, but seven of us remained to finish the project. We set up a studio in that hot, muggy Garage, with Ascendant as our flagship. We had secondhand whiteboards, a dirty grey carpet, $40 desks from IKEA, monitors bought from a garage sale, a clattering AC unit, and a dart board. It wasn’t fancy. It wasn’t swanky. But it was perfect; our own private indie mecca. We couldn’t have had a better place to create Ascendant.

Obviously, there were challenges. With the freedom to do anything we optimistically gave ourselves a very short amount of time to release. We added some exciting features while others had to be cut or drastically reduced in scope. There was a sense of personal responsibility for every dev; if I don’t complete this thing, no one else will. Days and weeks started to blend together. Our abhorrent sleep schedules became a running joke. There were disagreements, but emotions were as high as our hopes and our motivation was steadfast. Triumph and hardship were doled out together, driven by adrenaline to get this thing done. However, as rapidly as we iterated and as demanding as our work became, the core of Ascendant – brawler roguelike dungeon crawler – never left focus.

And then suddenly, the game was out. It was glorious.

Now we’re a month away from releasing on PS4. It’s been a weird, incredible journey so far. This is Ascendant. We hope you enjoy playing it as much as we did making it.