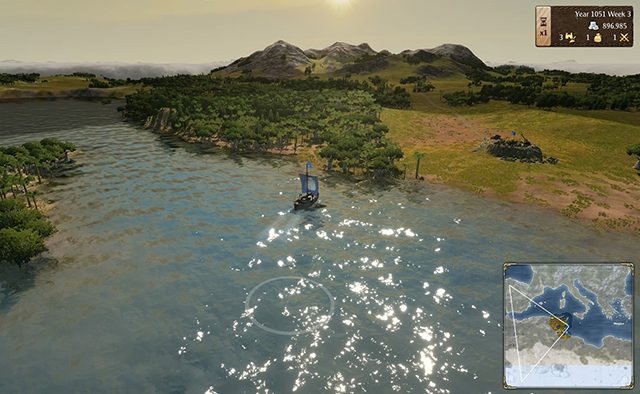 Hello, PlayStation fans! The team and I at Gaming Minds Studios have been looking forward to sharing this news with you for some time — Grand Ages: Medieval will be launching on PS4 September 29th. We’ve been working diligently on the PS4 version for some time, so it’s a big deal for us that I can finally introduce the game to the PlayStation community today.

To give you a quick introduction, Grand Ages: Medieval is the second entry in the Grand Ages series and the first to appear on console. While this is our first title for PS4, the development team at Gaming Minds is comprised of strategy veterans with experience going back 19 years, and we’ve been releasing strategy titles on PlayStation platforms as far back as the PS2 era. Along with our publishers Kalypso Media, we’re really happy to be back on PlayStation and continuing the Sony tradition by releasing Grand Ages: Medieval on PS4.

For those new to the genre, Grand Ages: Medieval is a real-time, grand scale strategy game that takes place in the High Middle Ages. The game begins in the year 1050 A.D. as you assume the role of a mayor governing a small European settlement. Your goal is to lead your people through the decades by expanding your trade routes and nation’s influence; and eventually, begin conquering all of Europe. Aspiring empire builders will have to utilize politics, trade, warfare, and research advancing technologies to assert their empiric control over the 20 million km playing area. With that kind of scale we hope you’ll begin to see just how “grand scale” Grand Ages: Medieval’s campaign will be.

In addition, we’ll have an exciting, eight-player multiplayer mode available for when you want to take a breather from the main campaign. A cool and unique feature of our multiplayer is that you’ll be able to set commands and protocols that let you take breaks from multiplayer without ever having to leave the game. This feature is great for playing with and against friends in other territories when timezones interrupt your schedule, but should only be used sparingly as you may come back and find you’ve slept through your own defeat. And PS4 players can expect full 1080p in all modes.

So, on behalf of the entire team at Gaming Minds Studios I really hope you’ll be looking forward to the release of Grand Ages: Medieval on PS4 this September, and we look forward to sharing more with you before launch.