Hello from San Diego! I’m at Comic-Con 2015, and I just got back from playing a few rounds of Call of Duty Black Ops III multiplayer (after seeing the debut of its hyper-cool looking new Zombies mode).

Black Ops III feels both familiar and fresh, featuring Treyarch’s tried-and-true genre-defining shooting mechanics but amplified by new additions — like a “guns up” mentality in the design process that minimizes downtime, even while sprinting or when underwater. Oh yeah, you can swim (and shoot while underwater) now too!

After some time with it, my favorite change in Black Ops III is the inclusion of Specialists, a roster of unique individuals with their own backstories and abilities. Before the start of each match, players select a Specialist, who they then play as for the duration of the match. 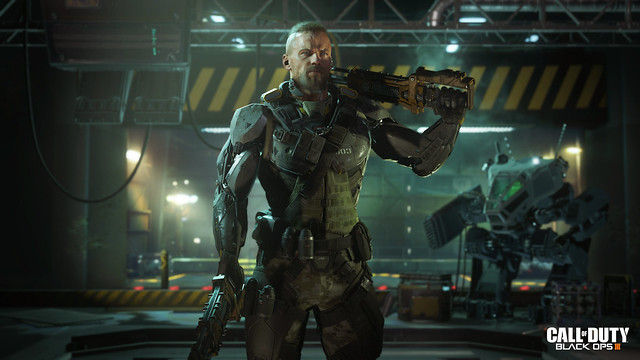 I had access to multiple Specialists, designated not only by their callsigns — Ruin, Seraph, Outrider, Reaper, Prophet and Nomad — but by their distinctive appearances and abilities. My favorite? Seraph, whose Annihilator revolver made short work of anyone unfortunate enough to stand in my crosshairs.

Aside from the abilities unique to each Specialist, the Pick Ten system returns and affords players even more options to customize their play style — after they make the tough decision of which weapons, attachments and perks to use. 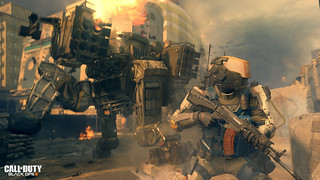 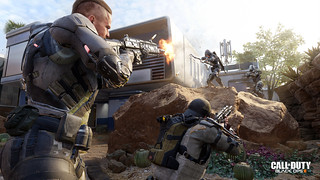 Movement is a heavy focus in Black Ops III. Gone is your feeble mortal stamina limit, replaced by the ability to sprint endlessly. Combined with thrusters, which are used to augment jumps and slides (thruster-sliding is so much fun you guys), player mobility is an incredibly important part of the experience. Careful though — with increased mobility comes increased responsibility. Let’s just say that mistakes were made.

That said, classic Call of Duty “boots on the ground” gameplay is still equally viable as a play style. I had fun wall-running and thruster-sliding, but when it comes time to do some good old-fashioned face shootin’ there’s nothing like watching your radar and creeping around a corner with your weapon drawn.

Call of Duty Black Ops III launches on PS4 November 6th, but a pre-order will grant you access to the beta, which debuts on PS4 August 19th.