The Vanishing of Ethan Carter Hits PS4 on July 14th 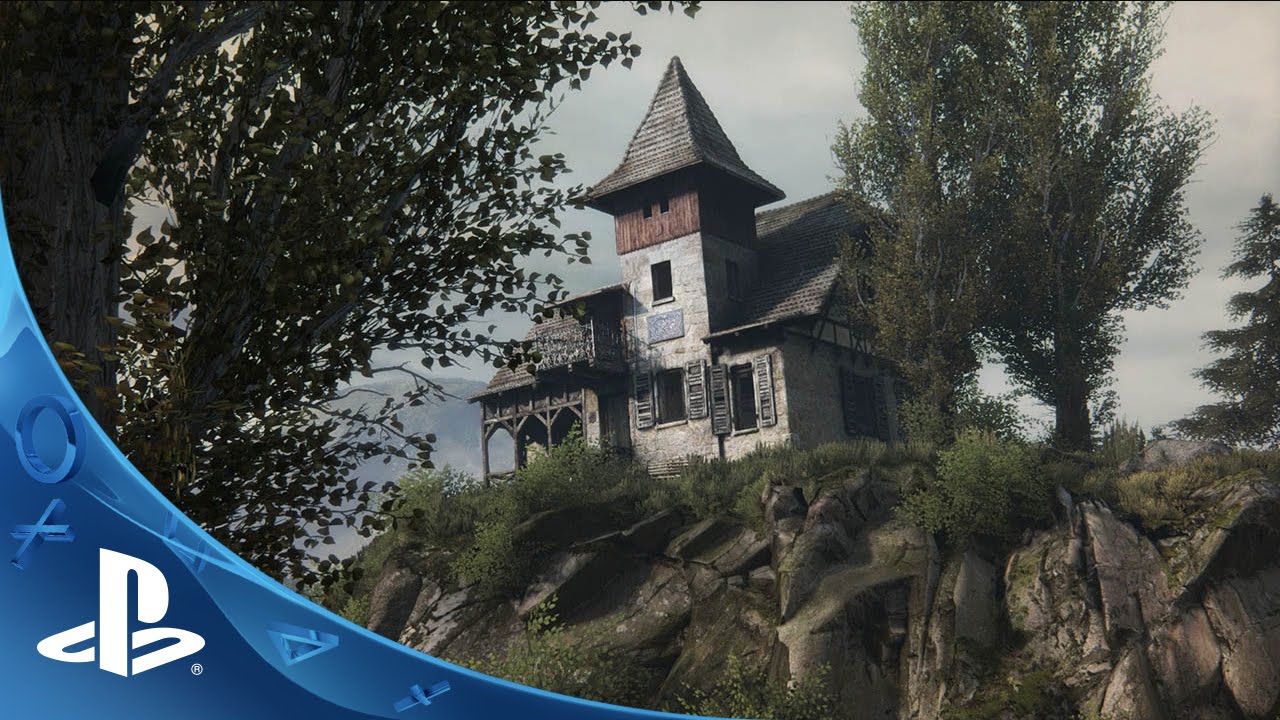 The Vanishing of Ethan Carter is a first-person mystery game and it’s coming to PS4 on July 14th. We thought it might be fun to introduce the game by sharing a few secrets behind the game’s development process.

1.) Why We Chose This Particular Title

The game is a weird fiction story, and weird fiction can be described as “horror meets pulp.” The best known weird fiction writers are Howard P. Lovecraft and Stephen King. To honor the game’s literal roots, we wanted its title to resemble the pulp horror stories of the 1930s and 1940s.

We went through all the books and all the magazines, including the famous Weird Tales. We created a list of proposals that included titles like The Incident in Red Creek Valley, Midnight Detective, and The Case of Ethan Carter. But even though we liked some of them a lot, The Vanishing of Ethan Carter was always our favorite.

The title is inspired by The Vanishing of Simmons, the story by August Derleth, a writer best known for being the first publisher of Lovecraft. There’s both poetry and mystery to the “vanishing” word, and that is exactly the message we wanted the title to express.

But why exactly is it Ethan Carter?

There is this great anecdote about a poet who met a fan at a party, and that fan passionately analyzed one of the poet’s works. “No, that’s not what it’s about”, answered the poet, “But your interpretation is much better, so from now on I’m going to stick with it.”

It’s the same with the name of “Ethan Carter.” There’s no clear inspiration behind it, it just came to us, subconsciously, and felt right. But then one day a fan asked us if “Carter” was a nod to another story from the Weird Tales magazine: Lovecraft’s The Statement of Randolph Carter.

“No, but we love this idea, and from now on we’re going to stick with it.” And that is why we tell everyone that it was Randolph Carter who inspired Ethan’s last name.

As you can see, in 1930s they really loved their “The Something of Someone” template (The Vanishing of Simmons, The Statement of Randolph Carter, etc.) for a title, and we respected that tradition with the title for our own game.

2.) How the Game Got Us into Trouble

An ancient evil ruling a remote valley tries to stop a private detective from finding a missing boy. It’s a story that can happen almost anywhere, be it United States or Poland.

At least that’s what we thought. It’s only when we started marketing the game and telling everyone that the game is not taking place in any specific location when we realized that no, it’s not “a story that can happen almost anywhere” when your main character is named Ethan Carter, and not, say, Kajetan Woznica. Ethan Carter is a very British/American name. So that forced us to look for that specific place that would fit the story and the name. We chose Wisconsin due to its striking similarity to the vegetation and landscapes of our fictional Red Creek Valley that was based on the actual valley in the Polish Karkonosze mountains.

3. We Hated the Game’s Music, and then it Won Multiple Awards

Okay, we did not hate the music the entire time, just for the first three hours. Here’s the story.

The composer, Mikolai Stroinski, is known for his smaller (Dark Souls trailer) and bigger works (The Witcher 3). He expressed his interest in making music to The Vanishing of Ethan Carter by sending us his own version of the score to the game’s teaser. We liked it, so a few months later we asked him to be the first guy to try creating an actual game score.

A few days later, Mikolai sent us three tracks. We listened to them all and I wish I could tell you “and then there was silence”, but the truth is we were very vocal about our disappointment. It’s just not what we imagined the score would be, the tracks were too engaging, too cinematic, too fantasy.

We listened to the tracks again and then we called Mikolai and told him that we did not like the direction he chose but if he is okay with that then maybe let’s try again? Mikolai was a bit surprised but agreed to give it another go, and we split for the night.

But then one of us called the others and said, “Gentlemen, this music is incredible, but don’t just listen to it. Make sure you actually play the game and play the tracks as if they’re already implemented as the game’s background music.”

And we did, and then there was light.

It turned out that what Mikolai has done was absolutely incredible, it’s just that we evaluated his work in the wrong way, listening to the tracks without seeing the imagery they were supposed to accompany. But walking around Red Creek Valley with Mikolai’s music in the background was an astonishing, otherworldly experience.

We called Mikolai, and, wearing sackcloth and ashes, apologized. Luckily, Mikolai took it all like a pro that he is, and continued working with us closely for the next year or so. And then his Original Soundtrack for the game won multiple industry awards. Thanks, Mikolai!

4.) We Had to Censor the Reality

Graphics aren’t always that important in video games, but they are extremely important in our game. In order to offer never before seen visual quality, we used a technique called photogrammetry. In short, you photograph the real world, and then special software spits out a 3D game-ready asset that looks exactly like the real thing, like something that could never be achieved by hand. Of course, it’s never that simple, but that’s the gist of it.

However, with assets like that, and the realistic “global illumination” lightning offered by the Unreal Engine, the game looked… too real.

I mentioned earlier that The Vanishing of Ethan Carter is a weird fiction story, and with that comes a certain mood of otherworldliness, melancholy, and unease. While believability of the environment is important — hence our use of photogrammetry — it cannot dominate the artistic intent.

It’s nothing new in art. True Detective TV series is a good example. It’s obviously something believable and with that extra touch of authenticity, but at the same time it’s highly stylized, soft, and impressionistic, with that famous yellow tint.

So we created our Red Creek Valley that looked and felt like a real place… and then we had to remove bits and pieces of that realism and added some post-processing and shader effects that made it less mundane. You still feel the wind in your hair, but you also feel there’s something special, something supernatural about the valley.

5.) We Forgot What the Game Was All About

It’s often said about game development that you never know the exact destination, just the general direction, and “pretending otherwise is costly and painful.” These are very true words, and one of the reasons why we never produced a detailed game design document for the game.

Our design started with a certain idea of what happened to Ethan Carter. And then it took us a year of design and story-writing to get to the point where the story told was exactly what we wanted it to be. However, all these months of writing made us lose perspective on what’s the real core, the real heart of the story.

We remember writing a very long e-mail to our writers, Tom Bissell and Rob Auten, explaining that even though we know how to get to the ending, we’re still unsure of how to explain everything that the player experienced. And to wrap up the project, we need that final push, that one explanation that unites everything into a coherent tale. We proposed three different takes on the detective’s journey, and sent that wall of text to the writers.

The answer was just one sentence. “Hey, but wasn’t the original idea that [this and that happened]?” We looked at each other and laughed. Yes, yes it was, and it was the perfect story. We just kind of forgot about it and for some reason moved on to new proposals and new solutions. It’s very easy to get carried away like that when you spent two years on a game. You get so used to the old ideas that after a while they’re no longer as exciting as the new ones, and the new ones are exciting just because they’re new, not because they’re better.


These five stories from behind the scenes are just a few examples of the confusing, wonderful process that game making is. And trouble or not, we love every second of it.

After well over two years of hard work The Vanishing Ethan Carter is finally here, and it’s the most disciplined, but also the most creatively liberating thing we have ever done. We hope you’ll like this supernatural mystery when it hits PlayStation Store on July 14th.