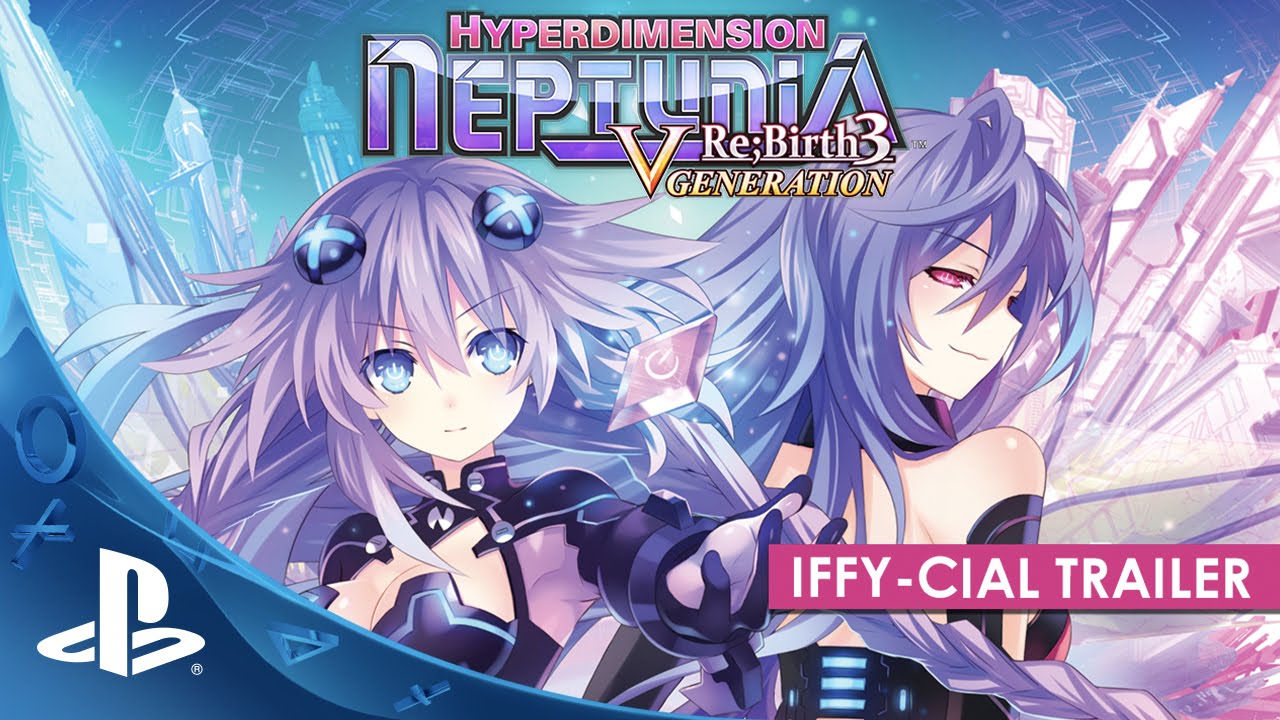 Who’s ready to do some dimension-hoppin’? Today’s the day that Hyperdimension Neptunia Re;Birth3: V Generation hits the PS Vita, and things are about to get zany. A remake of Hyperdimension Neptunia Victory, which appeared on PS3, this game features an improved RPG battle system, more scenarios, and extra dollops of fourth-wall-breaking humor!

In Re;Birth3, you’ll take control of Neptune — CPU, Goddess, and all-around protector of the nation of Planeptune in the world of Gamindustri. Things are going pretty swell until you get tossed into an 80’s-tinged dimension of Gamindustri. In order to get back to your dimension, you’ll need to save this one from the nefarious Seven Sages alliance, who aren’t too fond of CPUs existing in this dimension or any other.

You’ll fight in battle using four characters, all of whom can be paired up with four more characters for easy battle-swapping. By pairing characters up consistently, you’ll be able to unlock special bonuses, and blast the enemy with pair-specific attacks. The power of friendship transcends all dimensions! The attack system has also been improved to allow characters to perform up to five attacks in a combo, so now you’ve got even more chances to bury the enemy.

While all that battle stuff’s going on, I’d like to also mention that the mini-game Stella’s Dungeon is back from Re;Birth2 and better than ever! In this roguelike mini-game, you’ll equip Stella with armor and weapons and send her to climb a tower in a quest for more items.

This time, though, you can bring a friend! The NPCs you usually find in the cities, like Snake Hayter, D-Bag, and other lovely citizens can now join Stella in her item quest. Each Scout will bring their own stats and special skills, like creating fewer enemies or allowing you to keep your items after death. To think, such item-getting will be happening all while you’re fighting your own battles or even leaving your Vita in rest mode!

On top of all that, we’ve added new scenarios, including some scenes with some not-so-friendly representations of mobile games, as well as streamlining the UI, and adding changes to dungeon maps. Now you can find random items by jumping to reveal hidden blocks, in a cheeky homage to some game I’m sure! All this, and you still get to craft special equipment, change your world with Plans, and experience the wacky humor of Gamindsutri! For the first time ever, we’ll also have special Re;Birth3 themes available for purchase on PSN. Let me just say, they’re very kawaii.

So set your non-trademarked dimension-hopping machine to here and now (Look, you’re already there!) and pick up your copy of Hyperdimension Neptunia Re;Birth3: V Generation! And try not to step on any butterflies in your transdimensional travels, or else you might be stuck in the 80’s forever! *new wave music echoes, fades away*