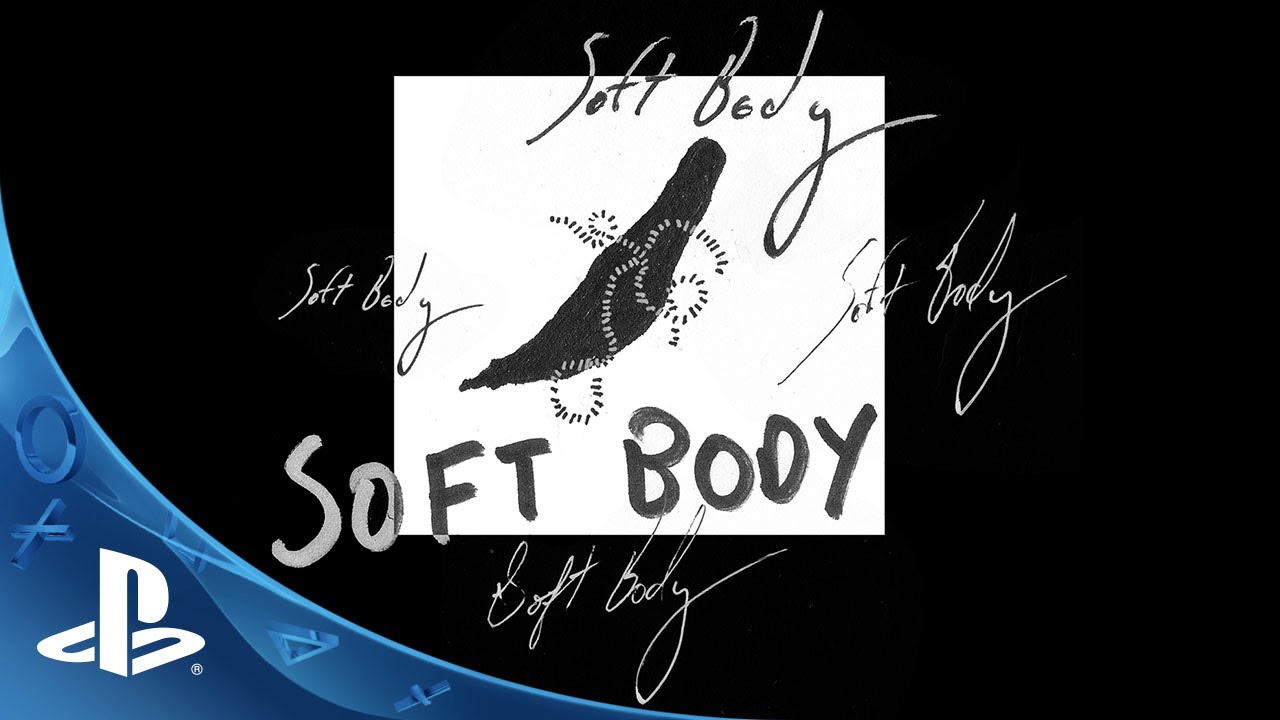 Hello! I’m Zeke Virant, the sole developer of Soft Body. It’s coming out later this year for PS4 and PS Vita with cross buy support. For those of you who aren’t familiar with the game, Soft Body is an action-puzzle game that infuses the twin-stick shooter with a surreal sense of control and style.

Inspired by the simplicity and joy of twin-stick shooters and other arcade games, players take control of two beautiful, gooey snakes at the same time (one with each analog stick). Together, you use the snakes to paint the world, which continually changes around you, while dodging bullets and popping enemies. Both soothing and tense, Soft Body combines the challenge and twitchy fun of quick-restart action games with a smooth, meditative aesthetic.

Today, I’m happy to give you all a glimpse of Soft Body’s two different single-player modes: Soft Mode and Hard Mode.

With Soft Mode, I wanted to create a game that offered a smooth difficulty curve and levels that flowed into each other visually and aurally. I understood that learning to control two characters at the same time is a complicated affair, and so I designed a mode that could facilitate people gradually learning the game’s mechanics and rules.

With Hard Mode, I wanted to take full advantage of the game’s unique, brain-splitting mechanics. I wanted to make something that could push people to master the challenge of controlling two things at the same time — something stoically difficult, unforgiving, but fair and rewarding. Hard Mode gives you control of both bodies at the same time, all the time. If either body is popped by an enemy or a projectile, it’s game over, and you restart from the beginning of the level.

Soft Body is an unusual twin-stick game, and I want people to experience the full breadth of its controls. For me, the way it feels to control the two snakes is the most important aspect of the game. My desire to make Soft Body’s movement feel great has driven the game’s development and informs almost every aspect of the design.

From the shape of the bullet patterns, to the sound of painting a wall, Soft Body’s mechanics encourage movement and give personality to the game’s tense and joyful fiction. With Soft Mode and Hard Mode, I’ve worked to create a single-player experience with multiple ways to play and enjoy the game.