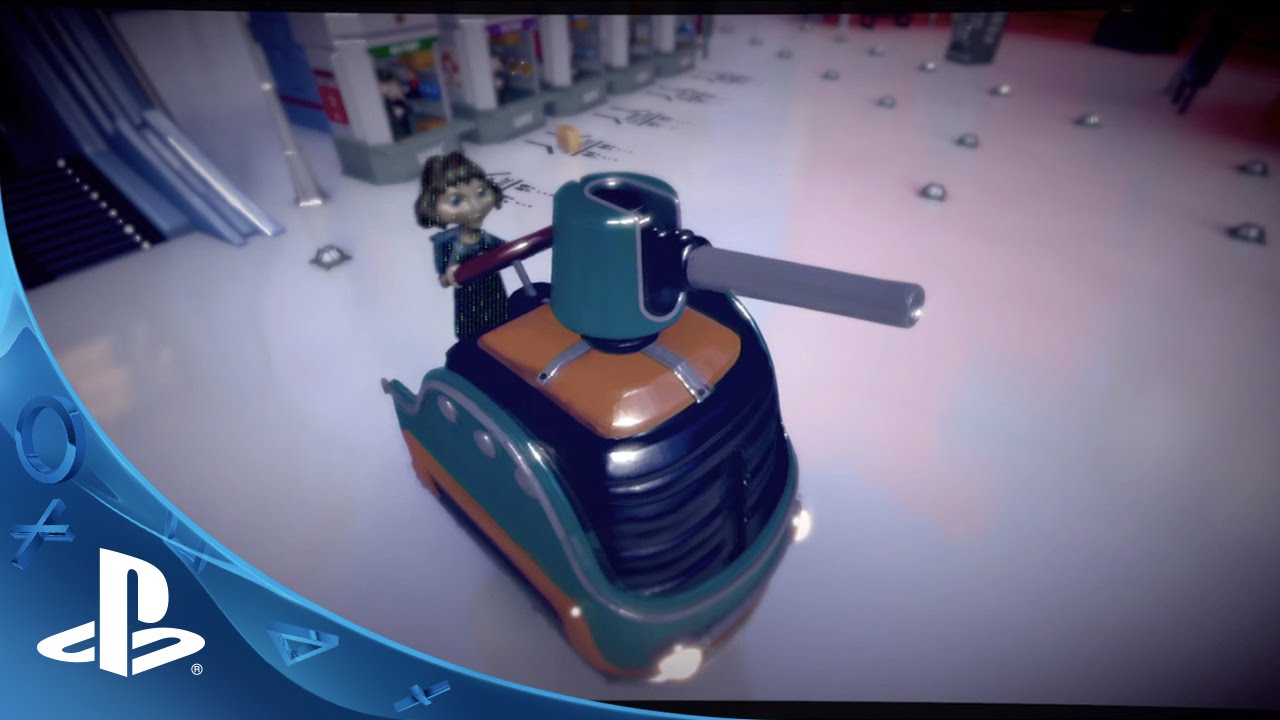 Over the past several months, the team here at Q-Games has been hard at work on The Tomorrow Children, adding tons of new features previously unseen in trailers and the closed alpha last fall, as well as enriching the story and setting. Strange and magical tools, cute and unique clothing, and bizarre and imposing structures are just a few of the new additions players will be able to experience.

Although the world of The Tomorrow Children is encased in the bleak Void, life still flourishes as humanity claws its way back from the brink of extinction, and players in the roles of “Projection Clones” will take that life into their own hands. In the E3 trailer, those of you who were unfortunately unable to attend the event in person will be able to get a glimpse of what life in the world of The Tomorrow Children is like: players will take control the fate of their town and eventually the world itself as they build up and expand it from a nearly empty outpost into a lively home filled with shops, facilities, and even a home of their very own, all while defending everything they’ve built in life and death struggles with invaders from the edges of existence.

The Tomorrow Children is set to release in Autumn 2015, so there are only a few more months until players will be able to jump into the whimsy and madness for themselves. As we approach release, we’ll be sure to keep everyone updated with more information about and visuals from the game, such as new features, tools, enemies, and places to explore. From all of us here at Q-Games, let us all march toward tomorrow, together!