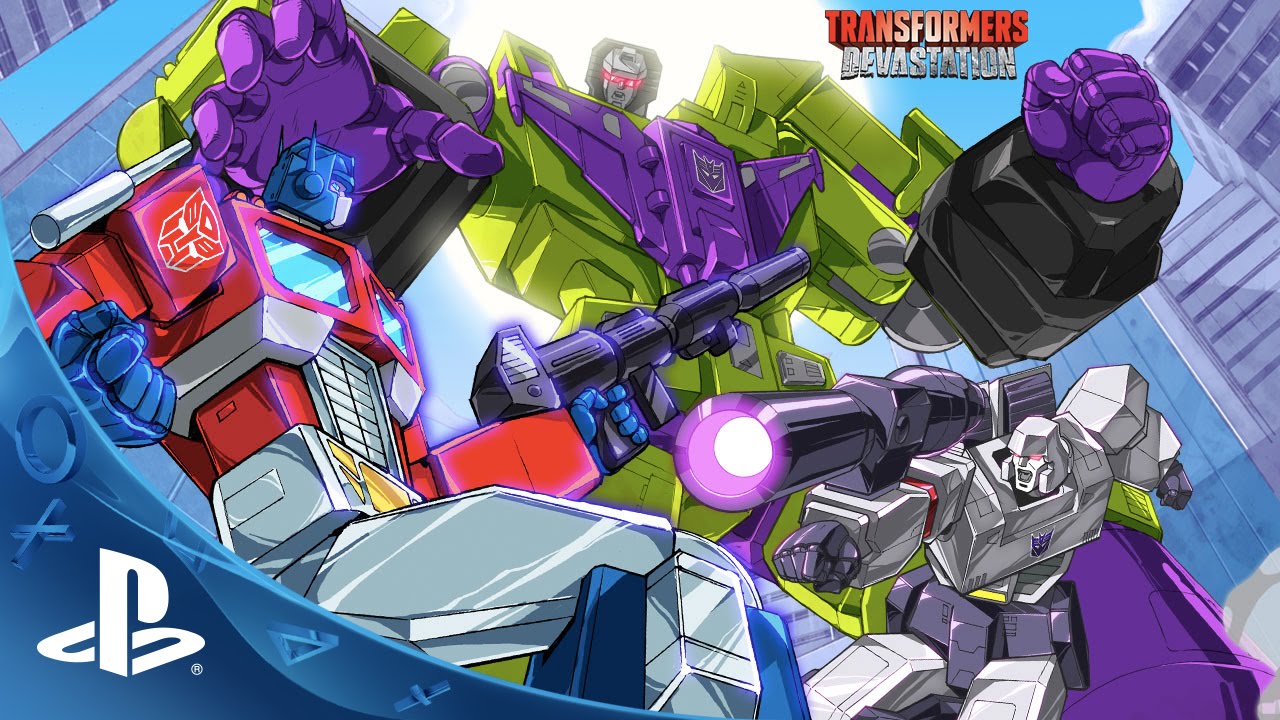 Hi everyone! This is Kenji Saito from PlatinumGames.

I’ve loved Transformers since I was a kid, so I’m honored to be a part of the team making Transformers: Devastation, a new kind of Transformers game coming later this year. Within the world of this long-running series with countless fans, we wanted to make an exhilarating action experience that focused uniquely on what draws so many people to Transformers: robots and vehicles.

How the player utilizes both modes within the combat system opens up an infinite number of possibilities. You can choose from Optimus Prime, Bumblebee, Sideswipe, Wheeljack, and of course, Grimlock. Pick the Autobot you like best and roll out.

One of our other big focuses for Transformers: Devastation is to deliver the kind of big-name face-offs between the leaders of the Autobots and Decepticons that make the series so gripping.

The game features an electrifying comic book-inspired story which races back and forth across the cosmos between Earth and Cybertron, drawing in a huge cast of fan-favorite characters for a battle to decide the fate of both worlds. And to top it all off, we’re working with legendary series voice actors like Frank Welker, Dan Gilvezan, and Peter Cullen to make sure this showdown between good and evil is truly personal.

There have been a lot of great designs for the Transformers over the more than thirty years they’ve been around. But for our take on the iconic robots in disguise, we wanted to combine original Transformers characters and 80s inspired Japanese anime with a more modern, cel-shaded flair. Applying current animation technology and post effects, we feel we’ve accomplished a look that pays tribute to the characters we first came to love with a bold, contemporary style.

Transformers: Devastation will hit the PS4 and PS3 this fall. There’s definitely more to this game than meets the eye, so keep on the lookout here for more updates.