Hey everyone! We have some exciting announcements for you all today! Just announced at the PlayStation press conference at E3, Cammy and Birdie will be joining the roster of Street Fighter V!

Cammy has been a staple of the Street Fighter series since Super Street Fighter II, and returns faster and stronger than ever before. Utilizing a wide variety of quick ground and aerial attacks to pressure her opponents, her rush down style is sure to please offensive-minded players everywhere. 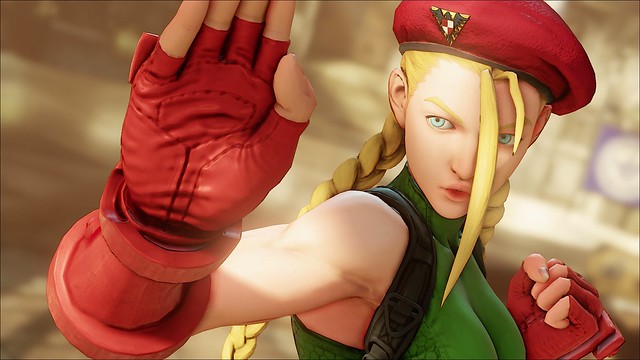 Cammy performs a short hop that evades projectiles and delivers a gut punch to her foe. If used close enough, she will cross over to the other side of the opponent before delivering her attack.

When activated, the speed and number of hits Cammy’s special attacks deal increases dramatically for a short period of time, further increasing her ability to pressure and damage opponents. 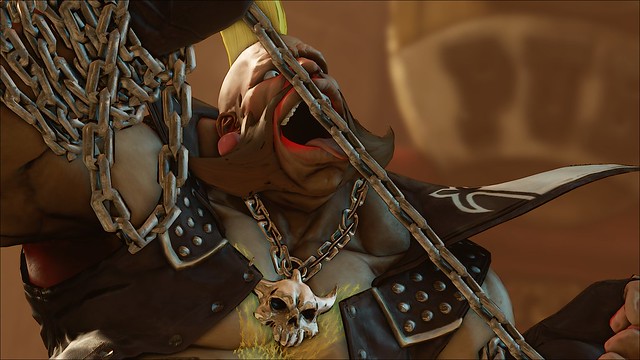 Birdie makes his long awaited return, having last appeared in the Alpha series more than 10 years ago. When we last saw him, he was a henchman for Shadaloo and was definitely in better shape. Although he’s clearly been slacking on his diet, don’t let the giant belly fool you! Completely redesigned and reimagined, Birdie’s comedic look masks the fierce power packed behind every move. With access to long-range chain attacks as well as up-close command grabs, Birdie is a threat from every distance.

Depending on the direction you push when activating the V-Skill, Birdie pulls out one of three different items from his pockets: a banana peel that trips up opponents on the ground, an energy drink that is rolled as a projectile — both of which give him a minor V-Gauge boost — and lastly, a donut that is quickly eaten and gives him a major V-Gauge boost!

Birdie’s V-Trigger enrages him and powers up his special attacks by increasing their movement for a short period of time, while also adding armor and damage, making him that much harder to stop! 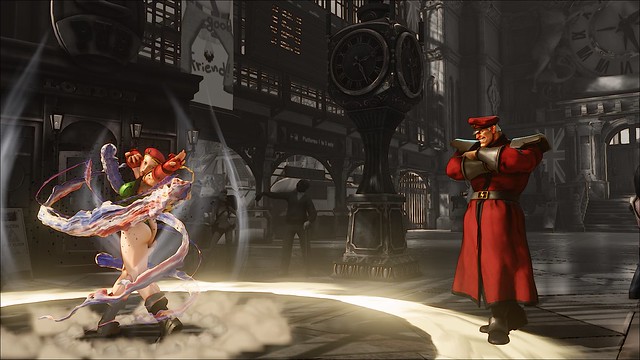 That’s not all that was announced, though! The first online beta test for Street Fighter V will be PS4 exclusive, and begins on July 23rd, for a period of 5 days, until July 28th. In North America, fans who pre-order the game through select retailers or PSN will be granted automatic access to the beta.

Additional beta tests will be taking place throughout the rest of the year and we’ll have more details to share about them at a later date.

Finally, we are pleased to announce that Street Fighter V will be releasing in Spring 2016. Be on the lookout for new surprises and announcements as they become available, as there is so much more to come! 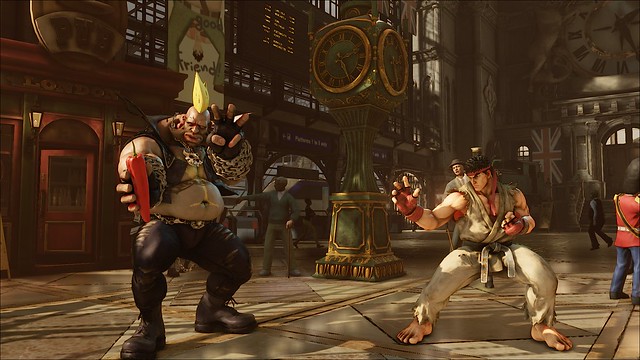